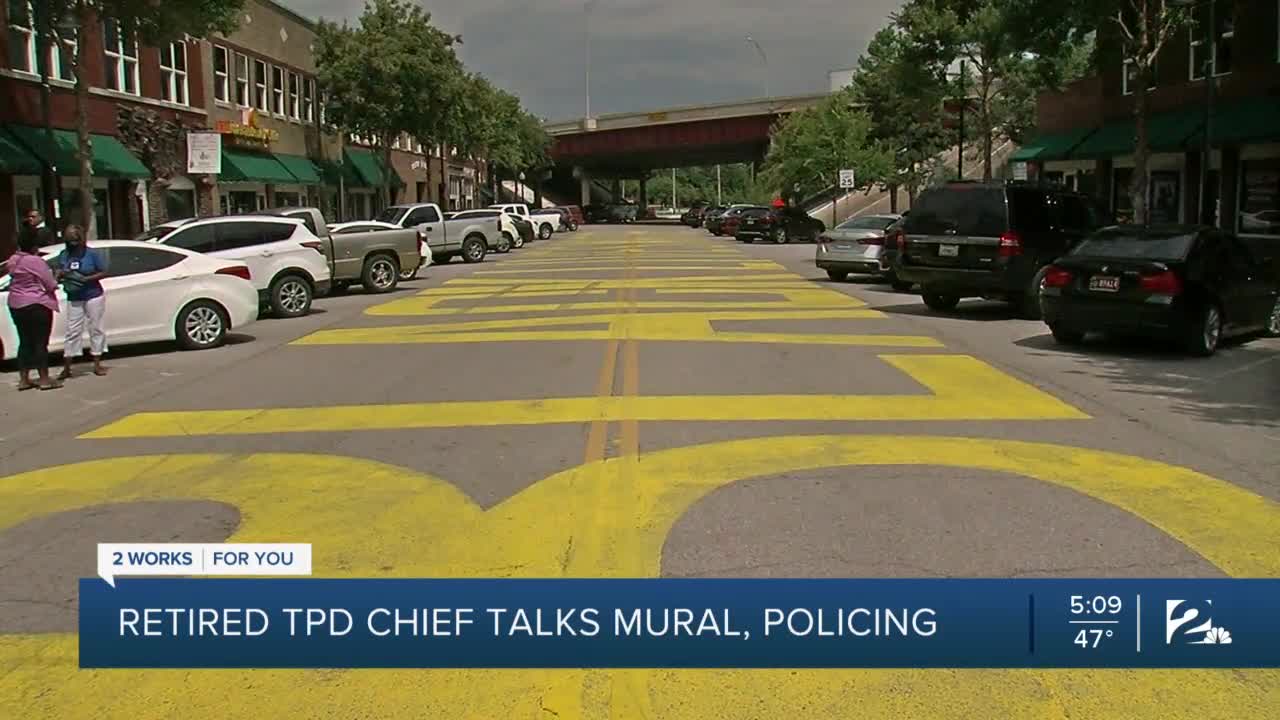 TULSA, Okla. — Black Lives Matter is a movement known across the country and in Tulsa.

The words are painted on many streets, and in cities across the nation, including in Tulsa's Greenwood District. A group painted the words in June ahead of Juneteenth and a rally with President Trump.

Monday morning the City of Tulsa removed the mural in a previous scheduled road resurfacing project. The Black Tulsa community is heartbroken after fighting and failing to keep the mural.

“Policing is about 15 percent law enforcement work, and the other 85 percent is service,” Diamond said.

Diamond served in the police force for 22 years, of those five were spent as the Tulsa police chief. Diamond said 50 years ago there was no trust in the community, and nothing has changed.

"If the police, for all of us, and me as a police officer, stood, and I think all officers should," Diamond said. "That respect and trust is an earned commodity. Police officers earn that commodity from communities by delivering honest, trust, just, and equitable service every single day.”

Diamond challenges the city to do what they believe is right. Go beyond the mural.

His message to the white community is, do more. “The white community can very straightforwardly, it’s not enough to say I am not a racist, what is important to say is that I have become anti-racist," Diamond said. “I am going to do those things that work in correcting the justice disparities, the economic disparities, all of those things that are white frankly driven by race.”

For the mayor and city councilors, Diamond said stand up.

“What I say to the mayor and the city council, do this and then defend it," Diamond said. "If you believe that what we are saying about the premise black lives matter, the history we have over the last hundred years are working to make better. Stand up for the community and stand up for the black community.”