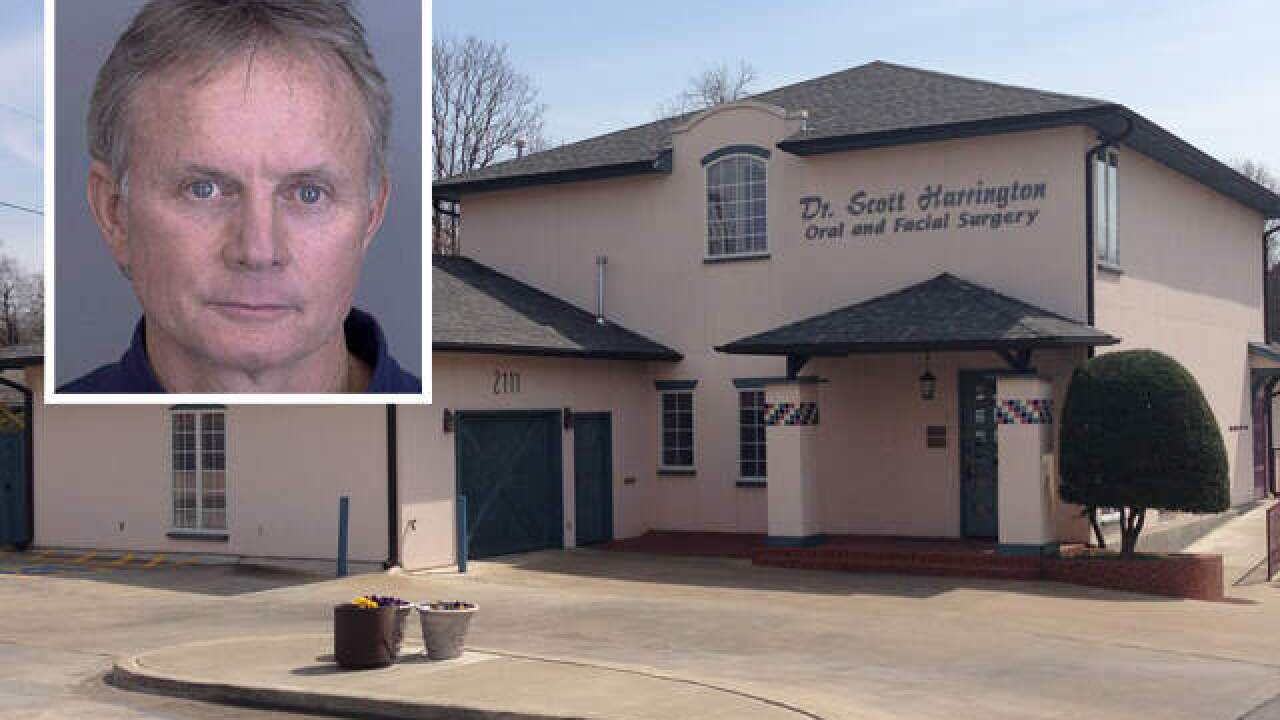 MUSKOGEE, Okla. – The former oral surgeon accused of exposing up to 5,000 patients to HIV, hepatitis B and hepatitis C is now being charged with money laundering.

Wayne Scott Harrington is accused of laundering around $15,000 from fraudulent billing to Medicaid and Medicare from around January 2012 to June 2012, according to documents filed by the US Attorney’s Office . The document goes on to say that Harrington used “controlled the funds for his personal benefit.”

If convicted, Harrington will be forced to forfeit any items purchased in the amount of nearly $30,000.

In August of 2014, Harrington surrendered his dentistry license after investigators were notified that one of his patients contracted hepatitis C in March 2013.  It was ultimately traced back to Harrington.