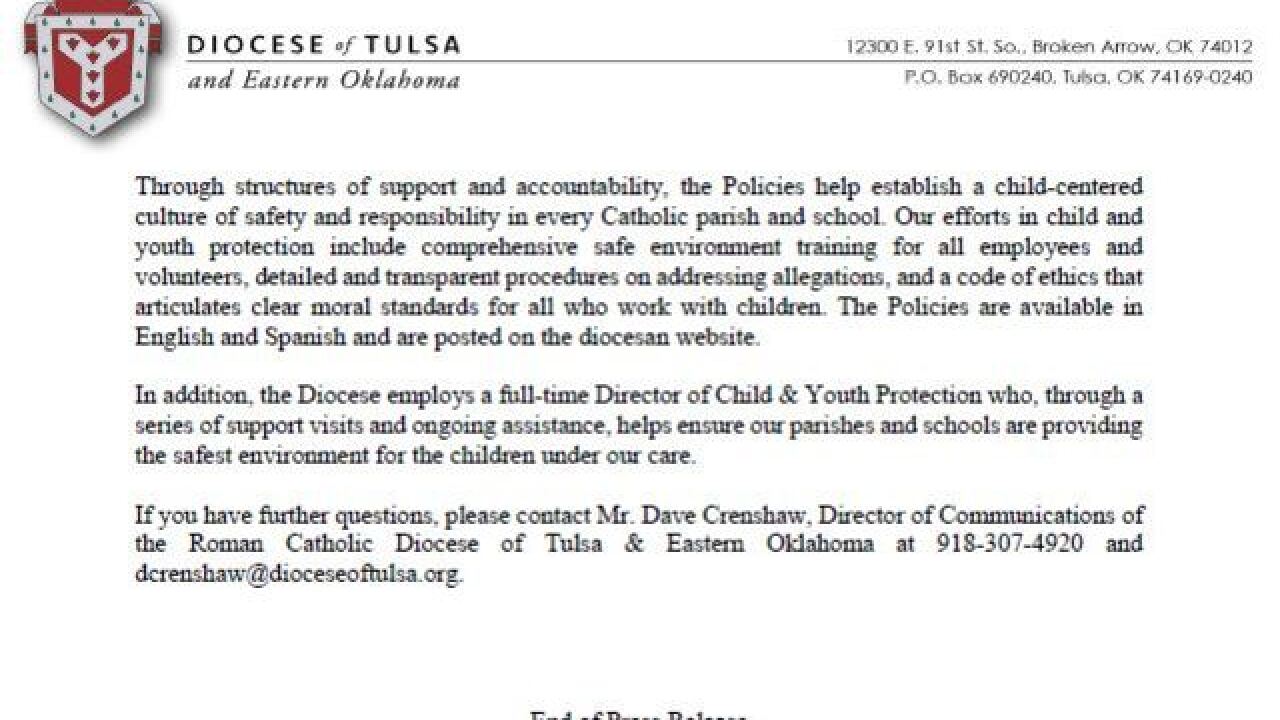 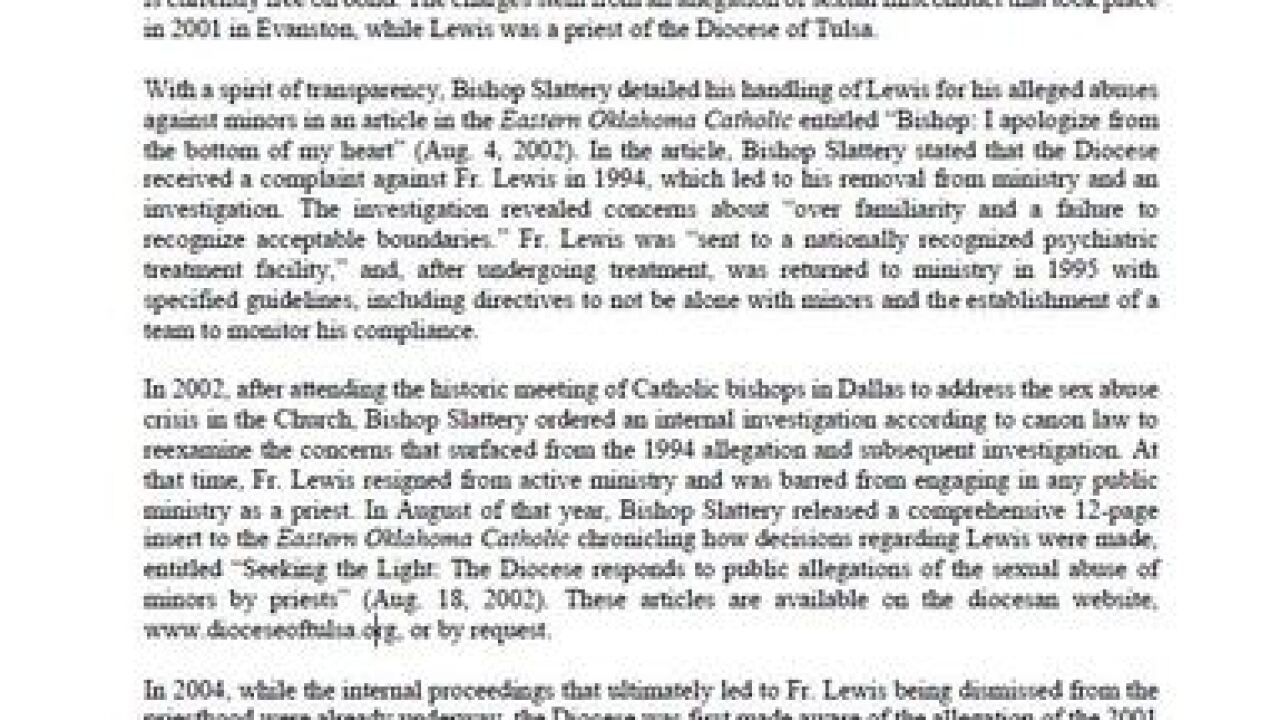 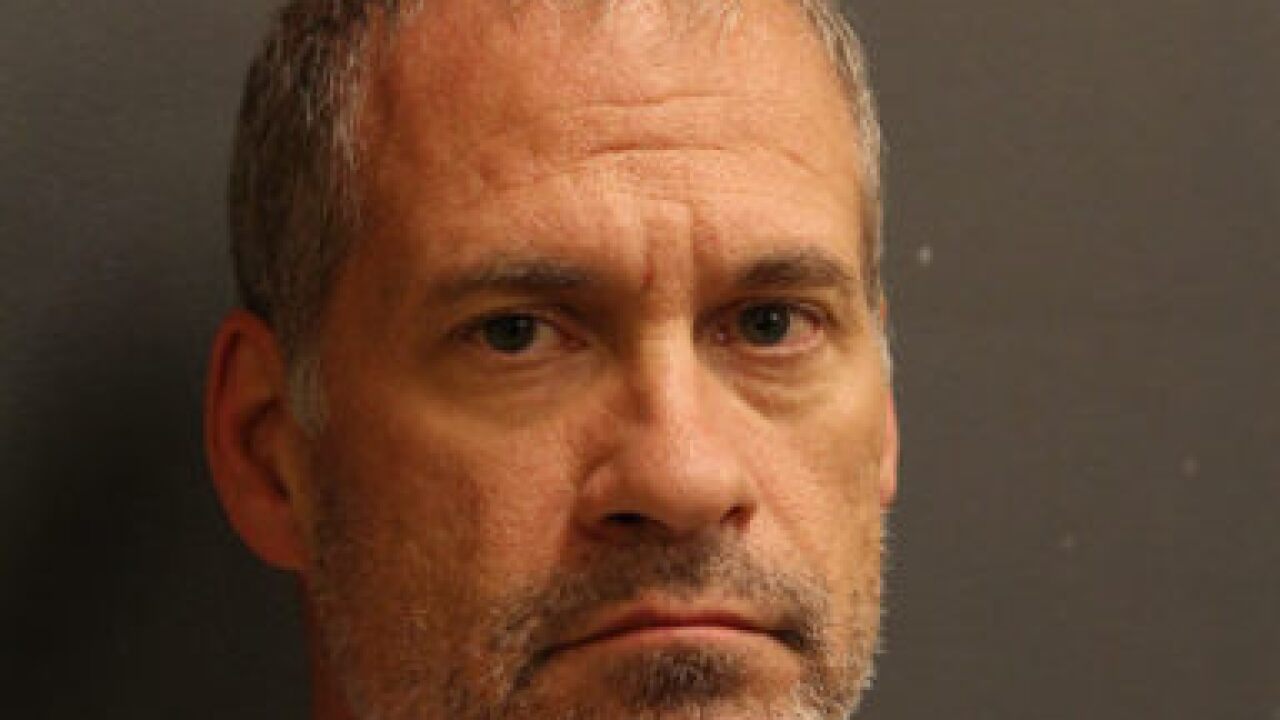 A former Tulsa Catholic priest has been arrested and charged with sexual assault of a minor in Evanston, Illinois.

Lewis was with the family on the trip when the incident took place, officers said.

Officials said Tulsa police was notified of the incident in 2004. The incident was investigated, but Lewis was not charged at that time, officials said.

In 2017, the Cook County State Attorney's office and the Evanston Police Juvenile Bureau reopened the investigation and a warrant was issued for Lewis' arrest, officials said.

Officials said Lewis was in Ecuador when the warrant was issued and he returned to the United States in May.

The Diocese of Tulsa and Eastern Oklahoma said the Diocese received a complaint about Lewis in 1994, which led to his removal. After an investigation, the Diocese found Lewis "failed to recognize acceptable boundaries" and he was sent to a "nationally recognized psychiatric treatment facility."

He returned to the ministry in 1995 under direct guidelines that he couldn't be alone with minors and his compliance to be monitored, the Diocese said.

Lewis was dismissed from his priestly duties in 2002 and then was defrocked from the priesthood by The Vatican in 2007, the Diocese of Tulsa and Eastern Oklahoma said.