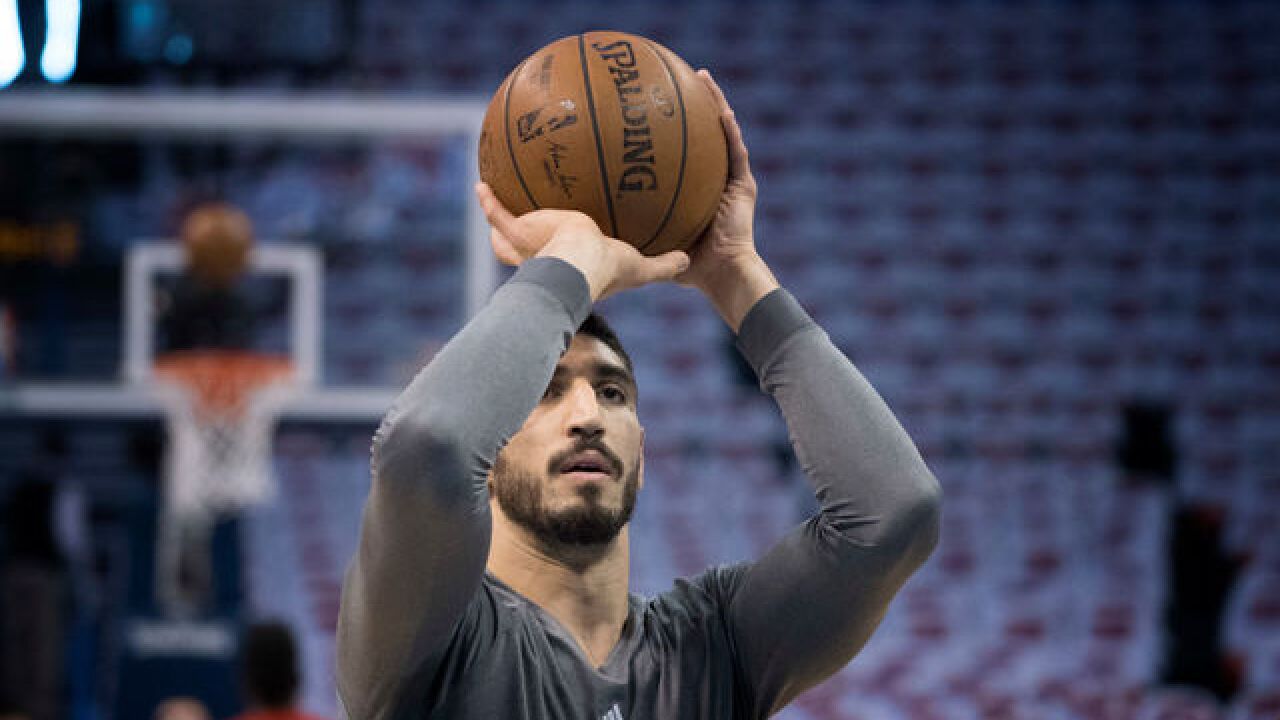 Image copyright 2017 Getty Images. All rights reserved. This material may not be published, broadcast, rewritten, or redistributed.
J Pat Carter

A former Oklahoma City Thunder player is making headlines again for his politics.

Current New York Knicks player Enes Kanter's father has been charged in Turkey with membership to a terror group.

The country's news agency says he's been sentenced to 15 years in prison.

Enes Kanter has been outspoken against his home country's president.