Former inmate alleging rape speaks out for other female victims 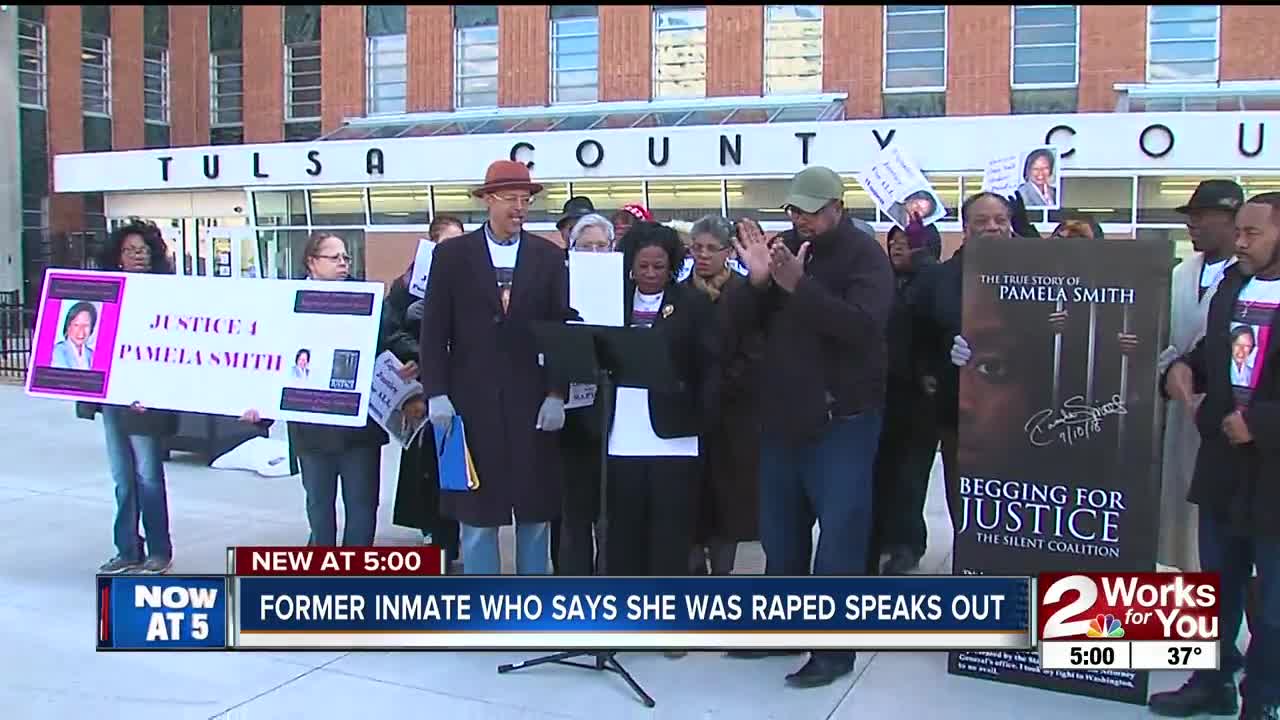 Two decades of anger and determination boiled over near the Tulsa county courthouse on Monday.

A former female inmate said she was raped in 1997 and now, she's demanding justice. She hopes to bring awareness to what she calls a broken system.

Pamela Smith is speaking out on behalf of female inmates who fear retaliation when it comes to reporting crimes committed by higher powers. She's using her story to make a difference.

Smith was serving a 20-year sentence for abuse of credit cards and checks.

She said she served the time but part of her sentence was not court ordered.

“It didn't say go to prison and be raped."

While at the Tulsa Community Correction Center, Smith was involved in an inmate work program at the former Department of Public Safety's driver testing center in north Tulsa.

It's there she claims a DPS employee sexually assaulted her.

“I begged the state officials to help me."

Smith said no one would and claims the only evidence she had to pursue a case was lost by Tulsa County District Attorney's office.

Smith said she met with the FBI three times and even went before a grand jury, but her case went nowhere.

“For 22 years I’ve been in a journey of looking and fighting for justice, not only for myself but for many countless women."

Now, she continues to fight to have her case heard and her perpetrator charged.

Other female advocates stand alongside Smith, fighting for the same cause.

“Our women are disadvantaged and taken advantage of every day by this justice system,” Brenda Golden, an activist and attorney said. “There is no justice for Oklahoma women until we speak up."

Smith hopes her experience speaks volumes for other women whose cases have become lost in the justice system.

The activist group said they plan to host 120 days of activism to demand justice for women, and even march to the Attorney General's office.