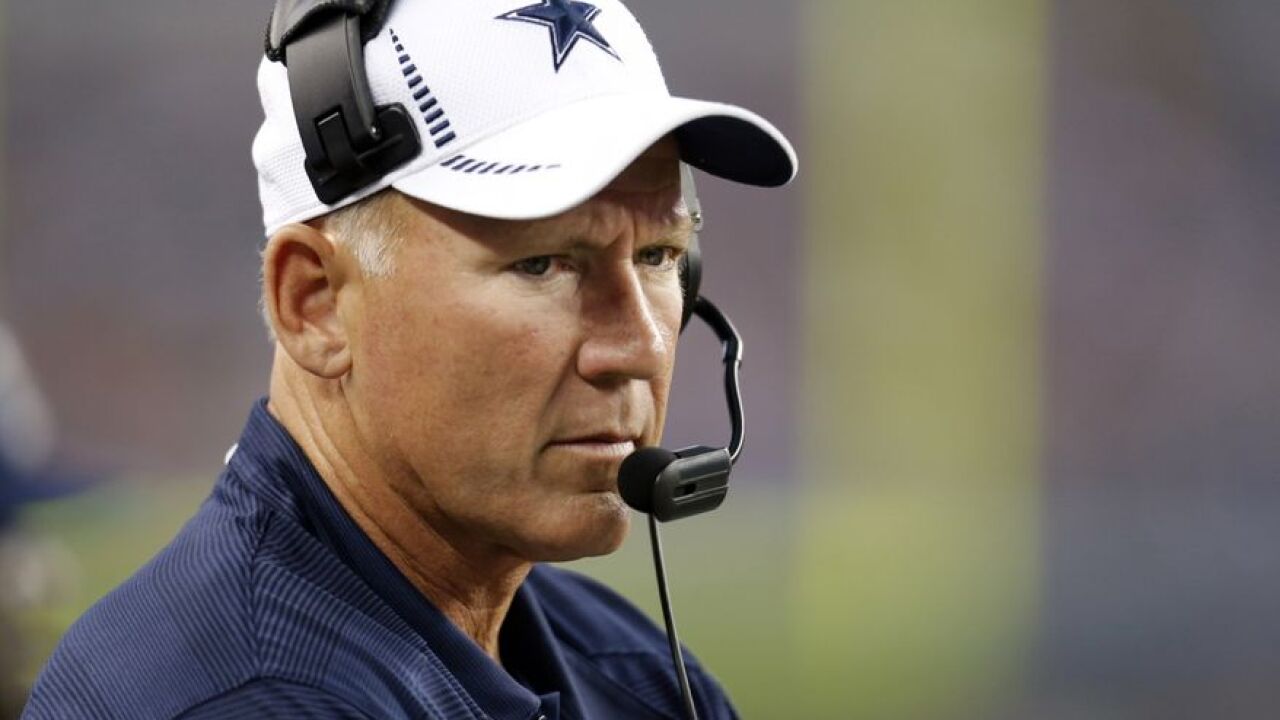 The Cowboys said Wilson passed away Friday at his home in Coppell, Texas. The team didn’t specify a cause of death for Wilson, who died on his 60th birthday.

Wilson had Type 1 diabetes for more than 30 years and even had a toe amputated in 2016. It is unknown if his diabetes led to his death.

Wilson began his coaching career as the Cowboys quarterback coach from 2000-02, and returned to that role from 2007-17. He coached with the Chicago Bears from 2004-06.

During his three years in Dallas, Wilson threw for 585 yards, one touchdown and four interceptions on 58-of-96 passing for a 63.9 rating. He earned one start (at Washington, 12/22/96) in his three-year stay in Dallas. Born in Commerce, Texas, Wilson graduated from Commerce High School and lettered four years at East Texas State University, where he earned NAIA All-America and Lone Star Conference MVP honors as a senior while leading the conference in passing and total offense.