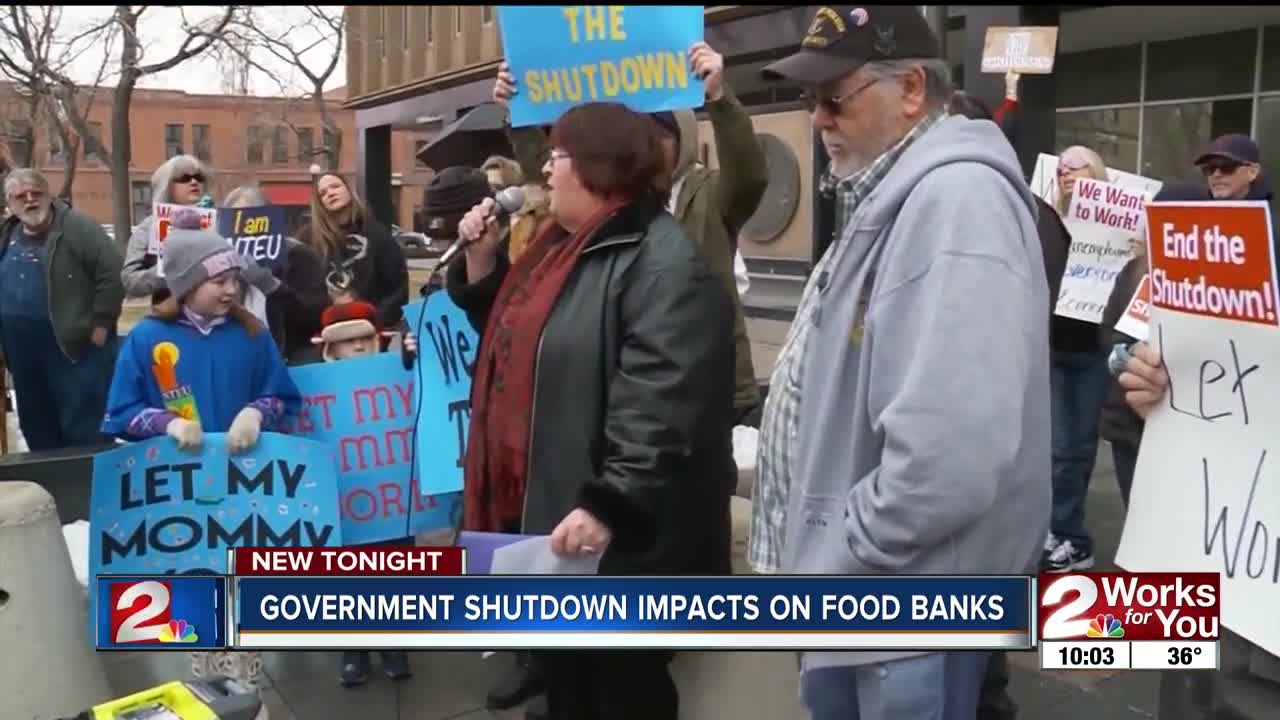 TULSA, OK (KJRH) — The Community Food Bank of Eastern Oklahoma could soon see a spike in the number of families it helps, with federal employees not receiving paychecks during the government shutdown, according to officials.

Families of federal employees have to begin facing the reality of not knowing when their next paycheck might arrive.

On Saturday, the Food Bank held its annual Ice Bowl fundraiser, which last year brought in 28,000 meals. Food Bank Communications Manager Greg Raskin says this year it couldn’t have come at a better time, with a tall task potentially looming.

"We’ve received several phone calls and we’ve heard firsthand accounts from other people, very concerned; they’re very nervous and scared obviously," Raskin said. "If this crisis persists for several weeks or several months, obviously there’s going to be an increased need and we’ll be standing by ready to help."

The food bank does have reserves, as well as a plan in place if the need arises. The Food Bank had to deal with a similar spike during the April Teacher Walkout when public school students stopped going to school. Those students suddenly needed meals they normally received in the cafeteria.

Raskin says there are about 3 million pounds of food on-hand at any given point in time, which would last about a month and a half even if donations stopped entirely.