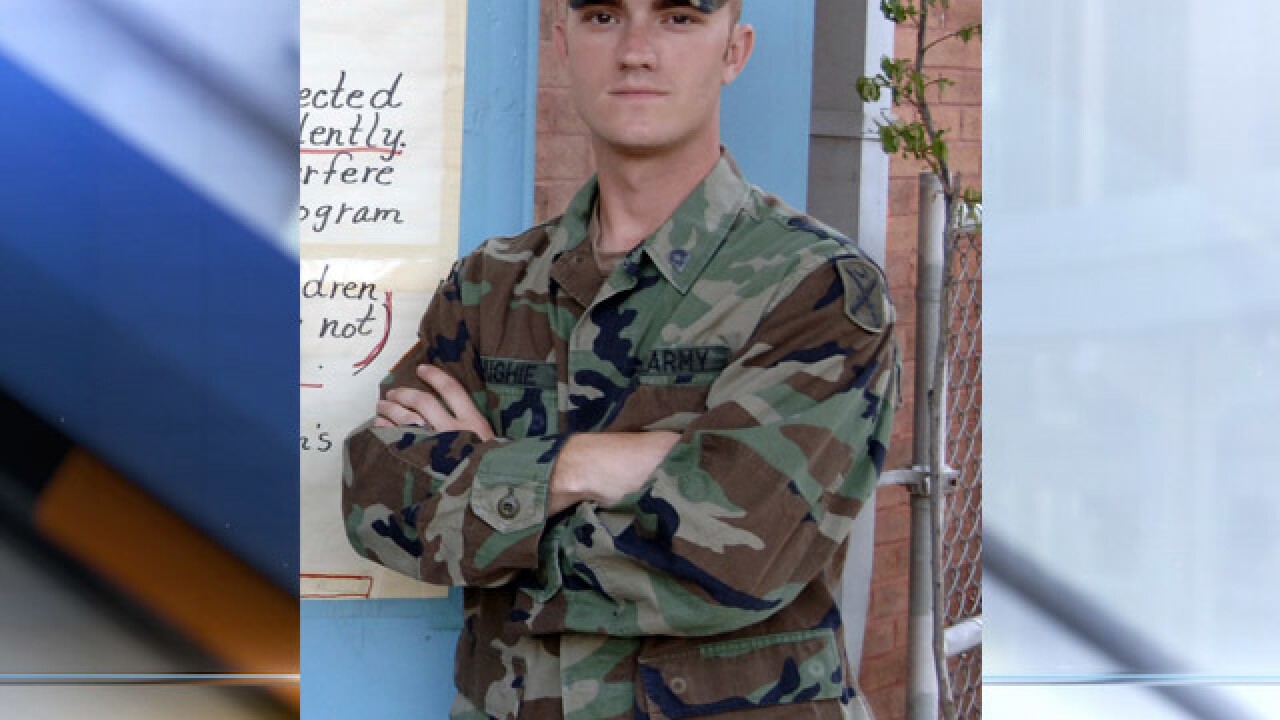 OKLAHOMA CITY (AP) -- A military flight terminal in Kabul, Afghanistan, has been named in honor of an Oklahoma Army National Guard soldier who was killed in action.

The National Guard says the "Hughie Terminal" at New Kabul Compound was dedicated Friday and is named for Sgt. Buddy James Hughie of Poteau.

Hughie, who was known as "Doc" was a medic and a member of Charlie Company, 1st Battalion, 180th Infantry Regiment when he was killed Feb. 19, 2007, in Afghanistan.