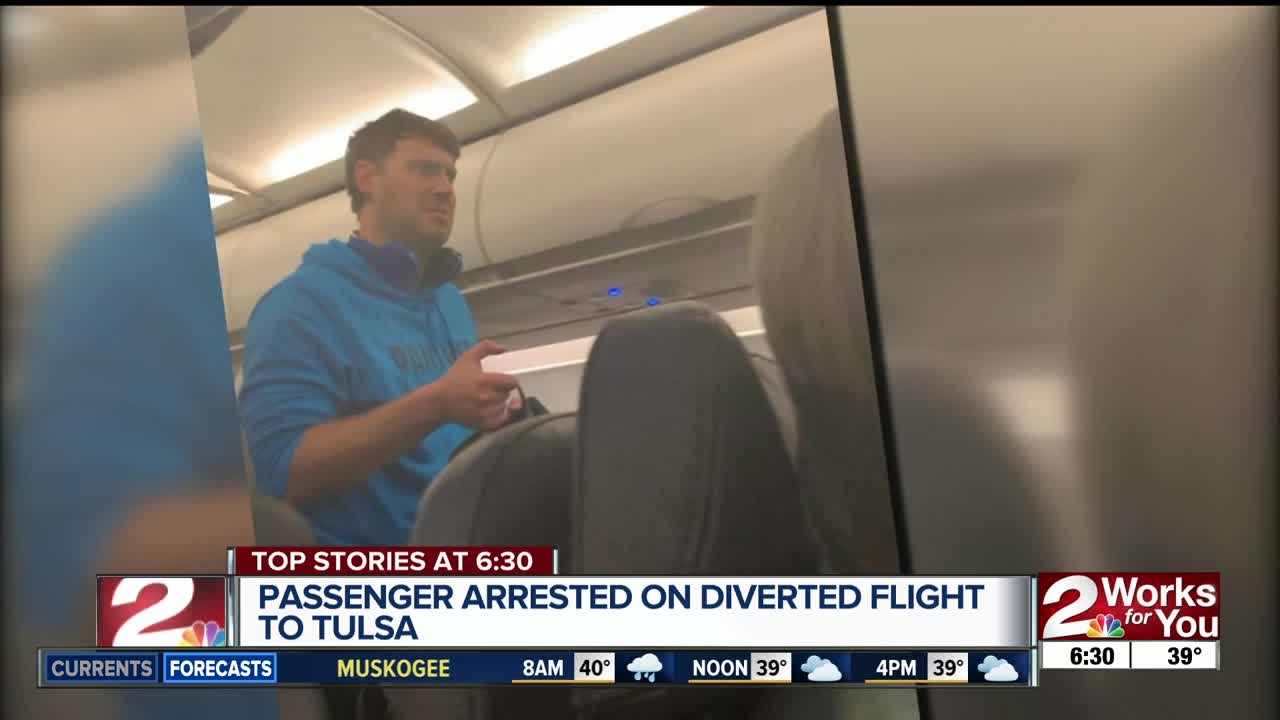 TULSA — New this morning, we're getting a look inside a plane that had to make an emergency landing in Tulsa, following a mid-air disruption.

A passenger snapped these photos, of Tulsa police escorting a man off the American Airlines flight yesterday.

The plane was headed from Charlotte to Salt Lake City, when witnesses say a mother and daughter frantically called on flight attendants, saying another passenger assaulted them.

Once on the ground in Tulsa, police arrested James Cholewinski and charged him with public intoxication.