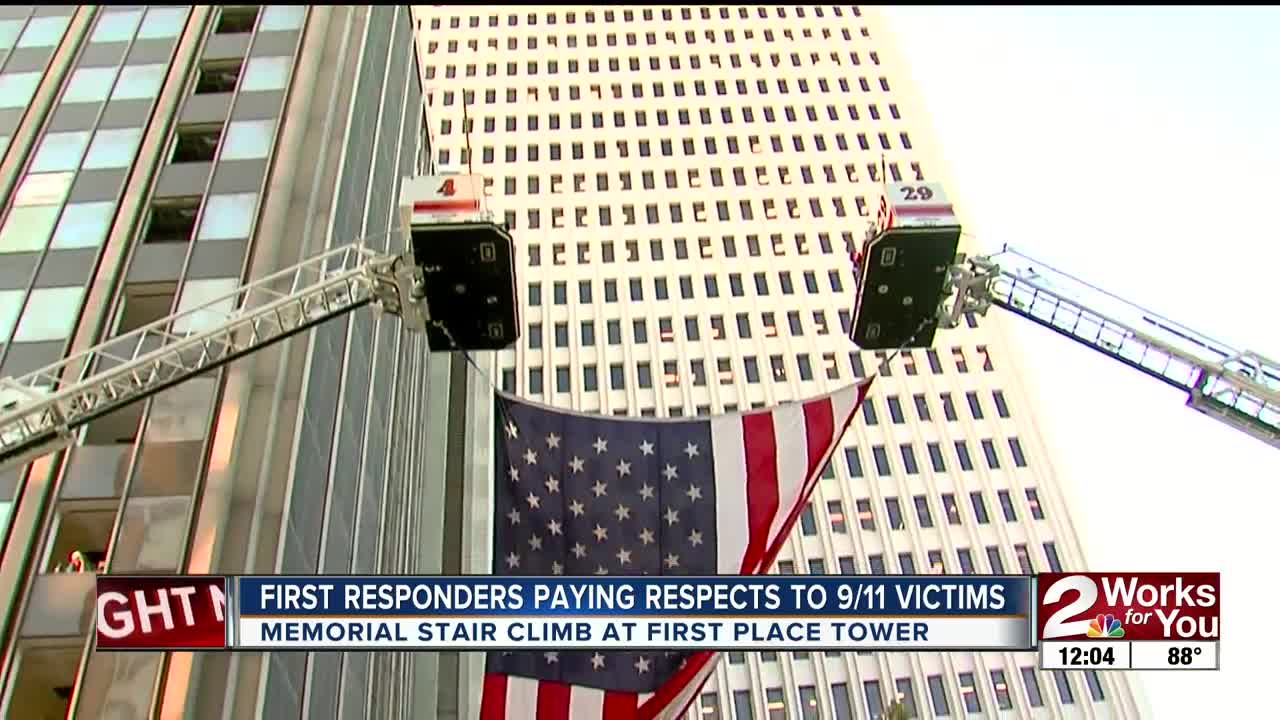 TULSA - Across the nation, people are taking a moment to remember 9/11 and the terrible tragedy that rocked the country 18 years ago.

In Tulsa, first responders honored the men and women who sacrificed it all that day by participating in the Third Annual Stair Climb.

They separated into groups then began their climb up “First Place Tower" in downtown Tulsa which stands 41 stories high.

They walked it three times to signify the height of the World Trade Center.

"I had just gotten off duty the day that it happened,” said Broken Arrow Battalion Chief Jerry Stroup.

"I was a senior in high school when 9/11 hit," said Kendall Williams with the Tulsa Fire Department.

Each remembering the different ways they've chosen to honor their fallen brothers and sisters over the years.

"The greatest tribute to any of those guys are the PASS devices that are going off. The PASS devices is the firefighter down," said Stroup. "Somewhere in that rubble there were pass devices going off for this guy Allen and this guy Garner."

"We’re doing it just as a one day thing. They were drop of a hat, adrenaline rush, carrying two bottles, seeing everything collapse below them, all of their buddies going down," said Williams. "They had it way tougher. We’re doing the easy part."