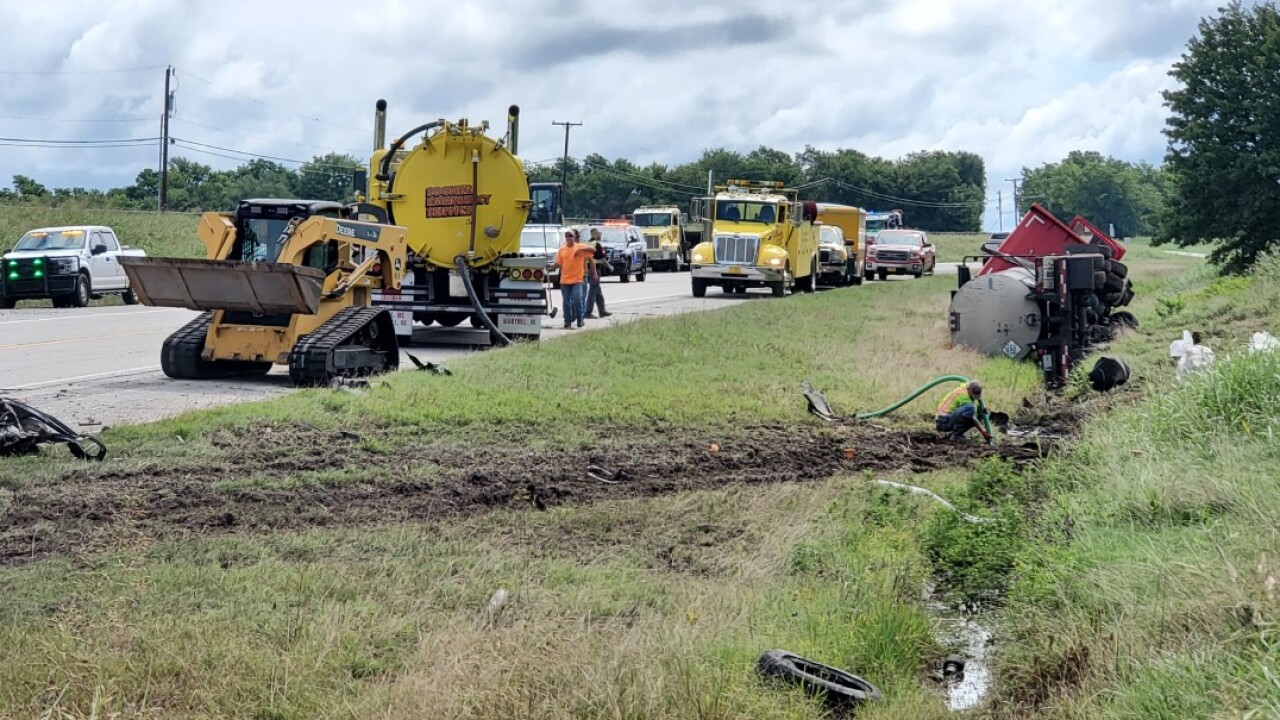 CATOOSA — Highway 266 in the Port of Catoosa is temporarily shut down in both directions due to a fatality accident.

Rogers County Emergency Management said highway 266, near the intersection of 530 Road and 4100 Road, is closed.

The fatality accident involves an overturned semi that was hauling hot asphalt, officials said. The semi truck was leaving the Port of Catoosa, headed east, when a car veered into oncoming traffic causing the two to crash. Officials are unsure why the care went into oncoming traffic.

The driver of the car died at the scene, officials said.

The semi continued after the crash into a ditch and overturned. At this time, there is no asphalt leaking from the tanker. Officials are more concerned about the diesel fuel.

Authorities are unable to move the semi truck due to its weight. Officials are waiting on a truck to pump the asphalt out of the semi truck in the ditch.

Officials said they expect the highway to be closed both direction for around three to four hours.