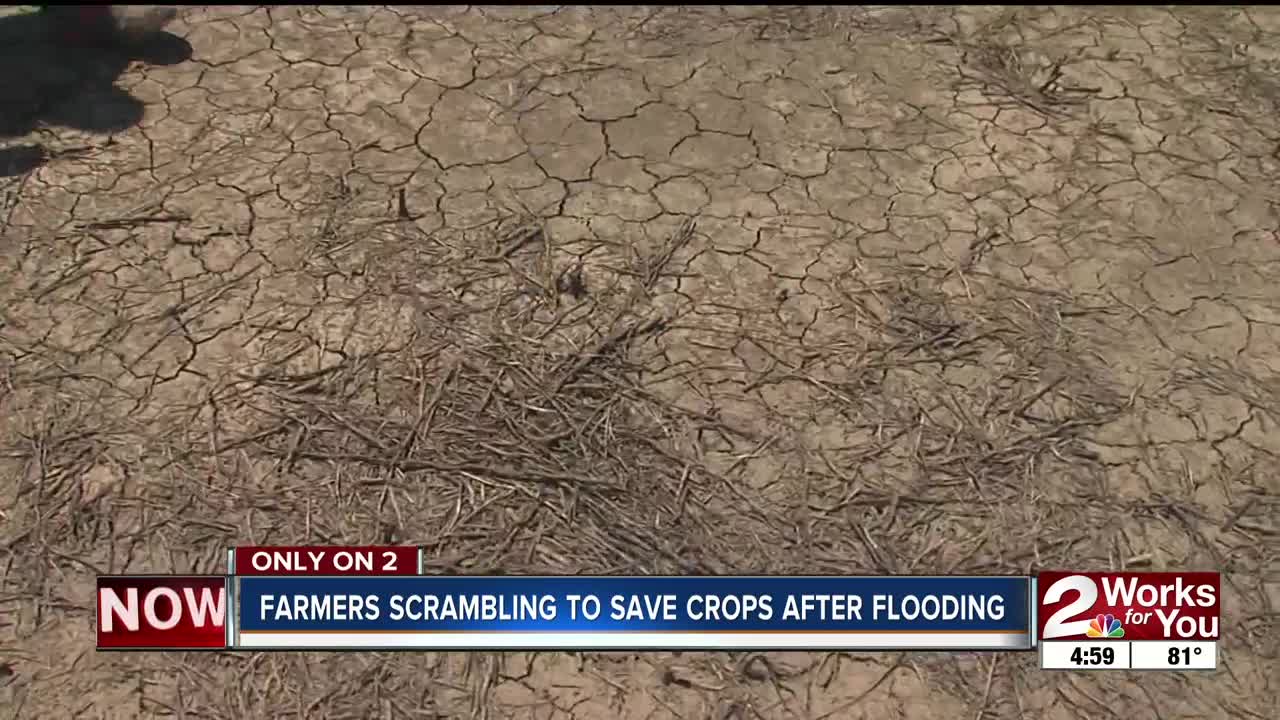 Farmers scrambling to save crops after flooding

CLAREMORE, OK (KJRH) — Green country farmers are out thousands of dollars in crops after flooding along the Verdigris River threatens to ruin growing seasons. In some places, farmers estimate floodwaters rose 20-25 feet.

Browned-out plants and dry, cracked soil is not the sight farmers like Jeff Sanders want to see in the heart of growing season. A couple weeks ago, he paddled over his crops, several feet of water separating the ground from the hull of his canoe.

Hundreds of acres of his farmland were completely underwater, and it’s now four weeks into growing season. Sanders can only hope this year’s crop can still be salvaged.

"I don’t know what it’s going to be like," he said, "I don’t know how the crops are going to turn out this late in the game, but we’ll wait and see.”

Sanders says even some of his land has eroded, eaten away over time by the rising river and washed away significantly during this year's flooding.

While his family will try to grow some crop this year, it still remains to be seen just how much that floodwater has done to the soil fields.