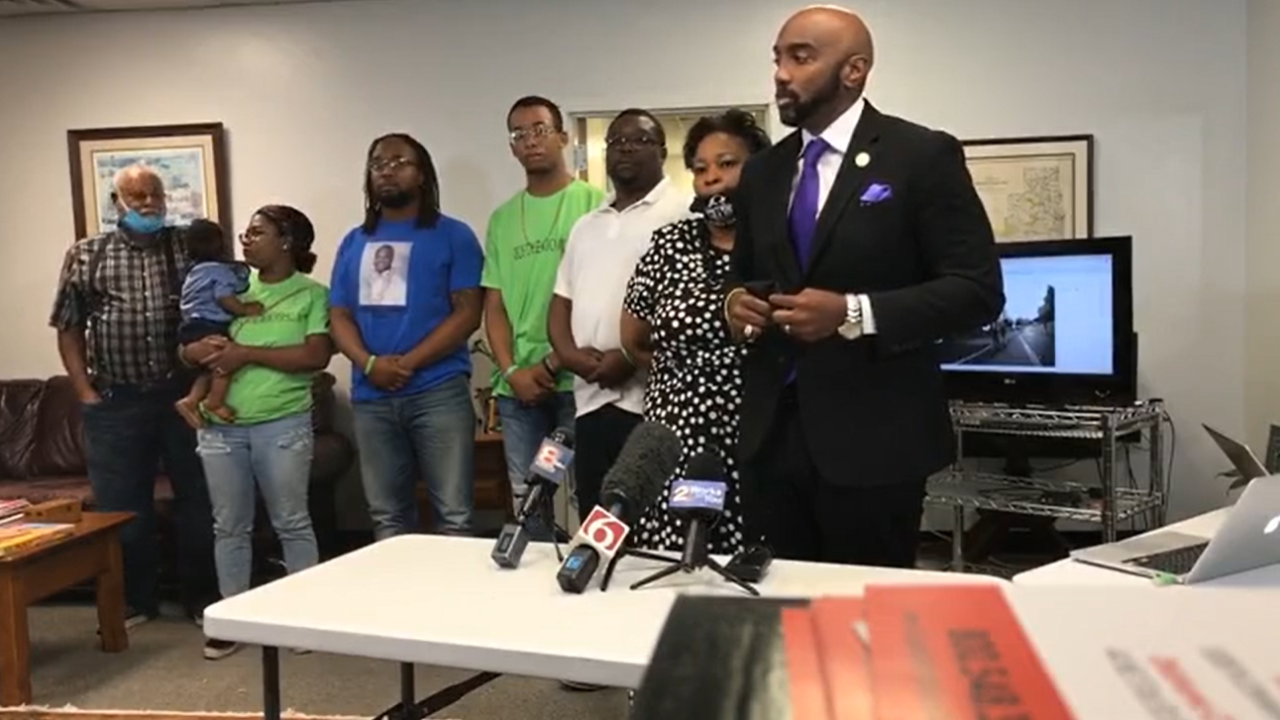 TULSA — The family of a Black man who died after being tased by police more than two dozen times announced a lawsuit on Friday.

Body-cam footage from the Tulsa Police Department shows Joshua Harvey, 25, breaking a glass door and entering a bank in 2018. Harvey did not have a weapon. Court records show he suffered from mental illness.

Harvey's family and attorney's made the following claims in the lawsuit:

According to a petition filed by the family, Harvey suffered from Bipolar Disorder and Schizophrenia. The petition states Harvey had self-medicating behaviors, which included using methamphetamine.

Officers were given information on the situation, referring to it involving "a person with an actual or perceived mental health condition," states the petition.

According to the petition, Harvey's family is hoping the court will grant the following: