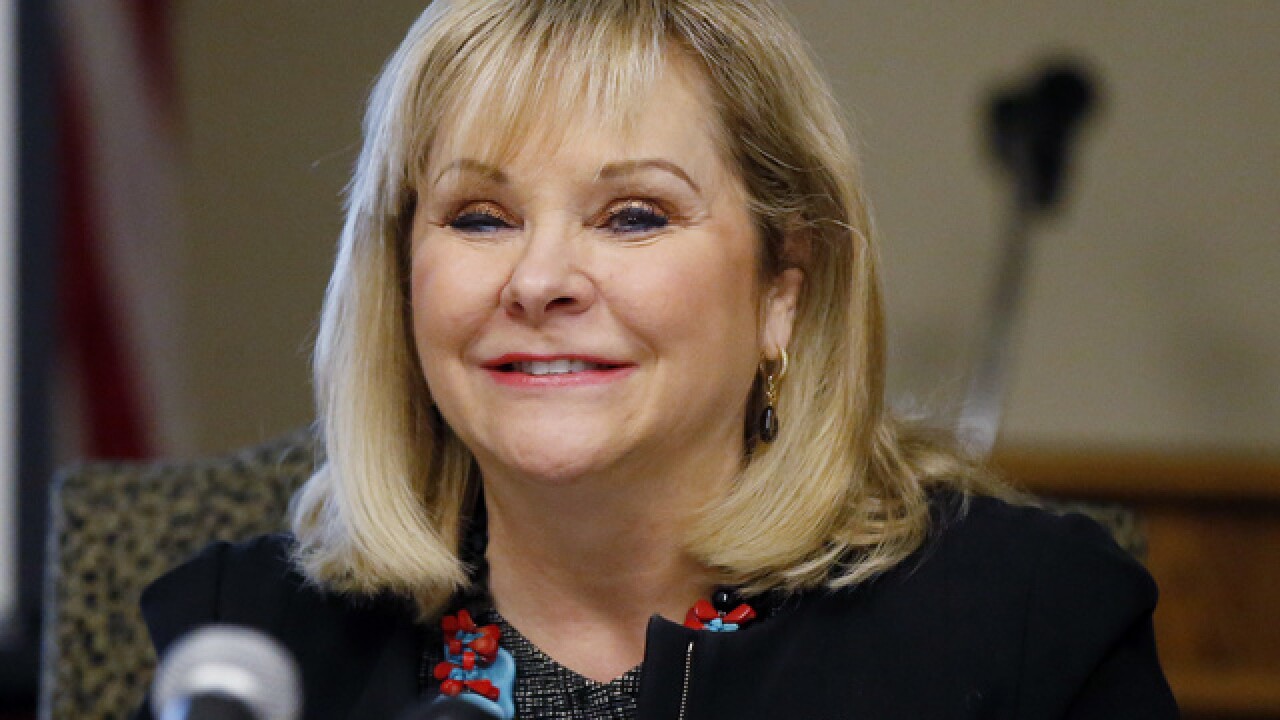 Copyright Associated Press
Sue Ogrocki
<p>Oklahoma Governor Mary Fallin smiles during a Board of Equalization meeting in Oklahoma City, Tuesday, Feb. 20, 2018. Revenue collections are continuing to climb as Oklahoma emerges from an economic recession, but finance officials say state legislators still will have a $167 million hole to fill in next year's budget because of increasing obligations. (AP Photo/Sue Ogrocki)</p>

Fallin signed the commutations Wednesday during an emotional ceremony at the state Capitol.

Each of the 21 offenders, mostly women convicted of drug crimes, were sentenced to 10 or more years in prison for offenses that now carry only jail time or significantly reduced sentences.

Initially 22 offenders were selected for commutation, but one inmate was cited for misconduct before the requests were sent to the governor.