Facebook faces a day of reckoning, at least on Wall Street 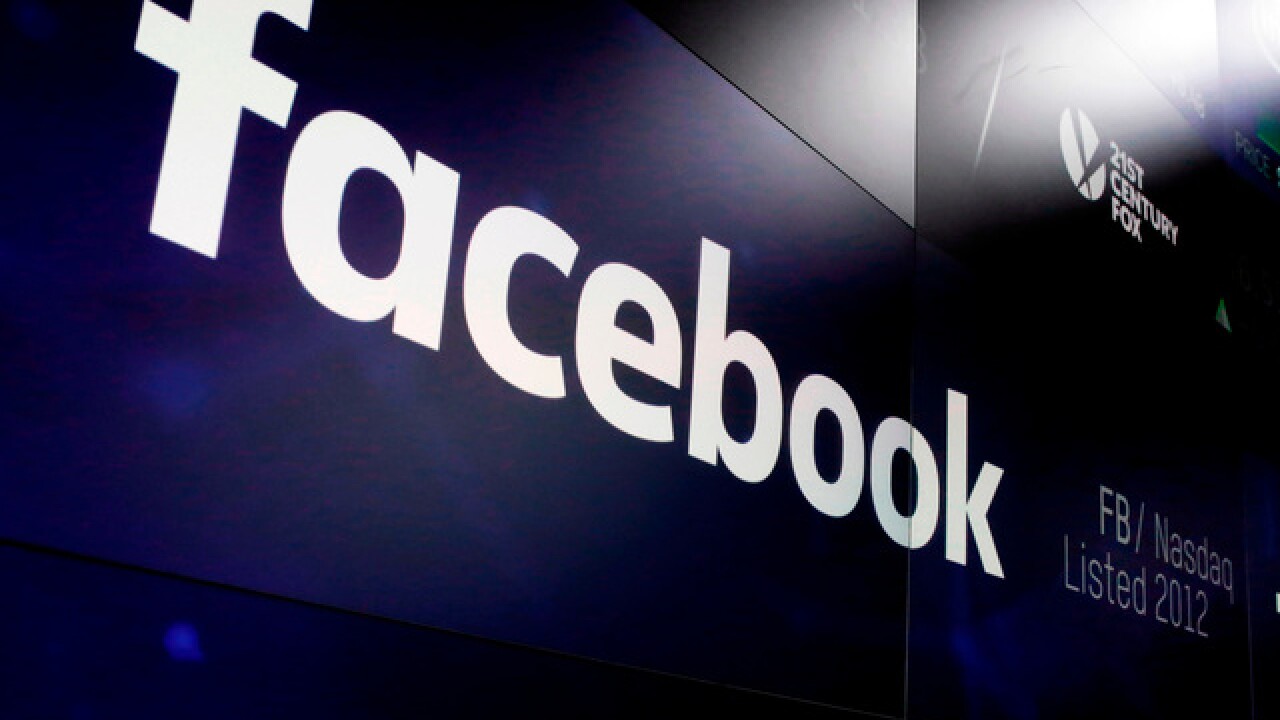 NEW YORK (AP) -- Facebook faced a day of reckoning as its shares plunged Thursday in the company's worst trading day since going public in 2012. It was among the biggest one-day losses of market value in U.S. stock market history.

The 19 percent drop in Facebook shares vaporized $119 billion of the company's market value in the largest one-day loss in market history. CEO Mark Zuckerberg alone saw his net worth fall by roughly $16 billion as a result.

In a sign of just how bullish investor expectations had been running, though, the collapse merely returned Facebook shares to a level last seen in early May. At that point, the stock was still recovering from an earlier battering over a major privacy scandal.

Late Wednesday, Facebook warned that its revenue growth will slow down significantly for at least the remainder of the year and that expenses will continue to skyrocket.

The earnings covered the company's first full quarter since the Cambridge Analytica privacy scandal erupted. But analysts attributed the user growth shortfall largely to European privacy rules that went into effect in May, not to the furor over the political consulting firm with ties to President Donald Trump, which improperly accessed the data of tens millions of Facebook users.

Facebook continues to grapple with big existential questions, ranging from its users' privacy to tech addiction to how it deals with fake news and misinformation, hate speech and extremism on its service.

At times, it has seemed as though Facebook can't quite decide where its values really lie. For instance, it continues to straddle the line between policing what users say and remaining a neutral platform in an increasingly divided world, and between protecting privacy while collecting as much information on its users as possible.

Facebook had 2.23 billion monthly users as of June 30, up 11 percent from a year earlier. Analysts were expecting 2.25 billion, according to FactSet. User growth -- both on a monthly and daily basis -- was flat in the U.S. and the rest of North America, while it declined slightly in Europe.

Facebook has largely saturated in the U.S. and Western European markets, and is now looking to countries such as Brazil, India and Indonesia for new users. Revenue from these regions, however, is far below what Facebook rakes in from the U.S. and Europe.

Facebook said the European privacy rules, called General Data Protection Regulation, or GDPR, did not have a big effect on the quarter's revenue, but also noted that they were only in effect for about a month before the quarter ended.

One bright spot for Facebook has been Instagram, the photo-sharing app it bought for $1 billion in 2012. Instagram now has more than 1 billion users, and analysts expect it to be a model for how Facebook molds its other big app purchase, WhatsApp, into a lucrative business. So far, WhatsApp doesn't show ads, and its founders Jan Koum and Brian Acton left Facebook amid disagreements over advertising and other issues.