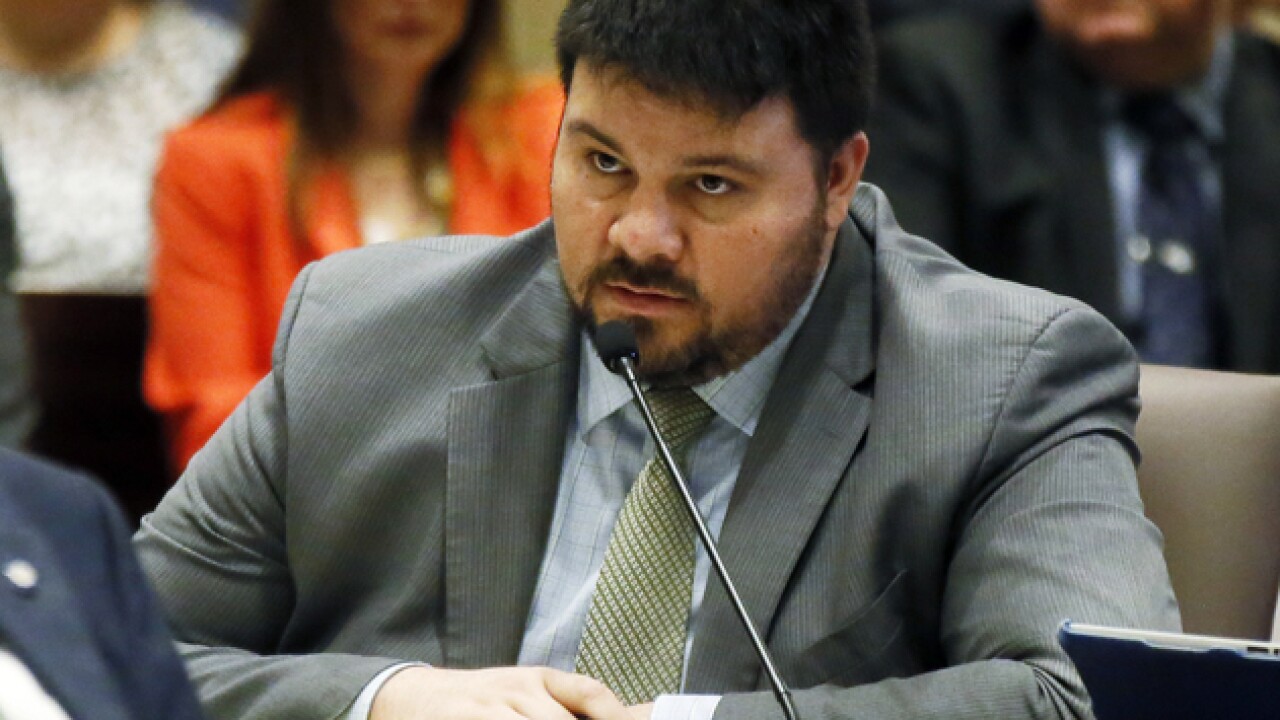 OKLAHOMA CITY (AP) -- The Latest on the sentencing of a former Oklahoma state senator convicted of child sex trafficking (all times local):

A former Republican state senator in Oklahoma has been sentenced to 15 years in prison on a child sex trafficking charge.

Ralph Shortey was sentenced Monday in federal court in Oklahoma City. He had faced a sentence of up to life in prison and a fine of up to $250,000.

Shortey pleaded guilty in November in exchange for prosecutors dropping three child pornography charges against him. He said the plea deal was in the best interest of him and his family.

The 36-year-old Shortey was arrested in March 2017 after police found him in a suburban Oklahoma City motel room with a then-17-year-old boy. He resigned shortly after the arrest.

Shortey was twice elected in a district covering south Oklahoma City and parts of two suburbs.