Ex-Oklahoma defensive back sentenced to 18 years for robbery 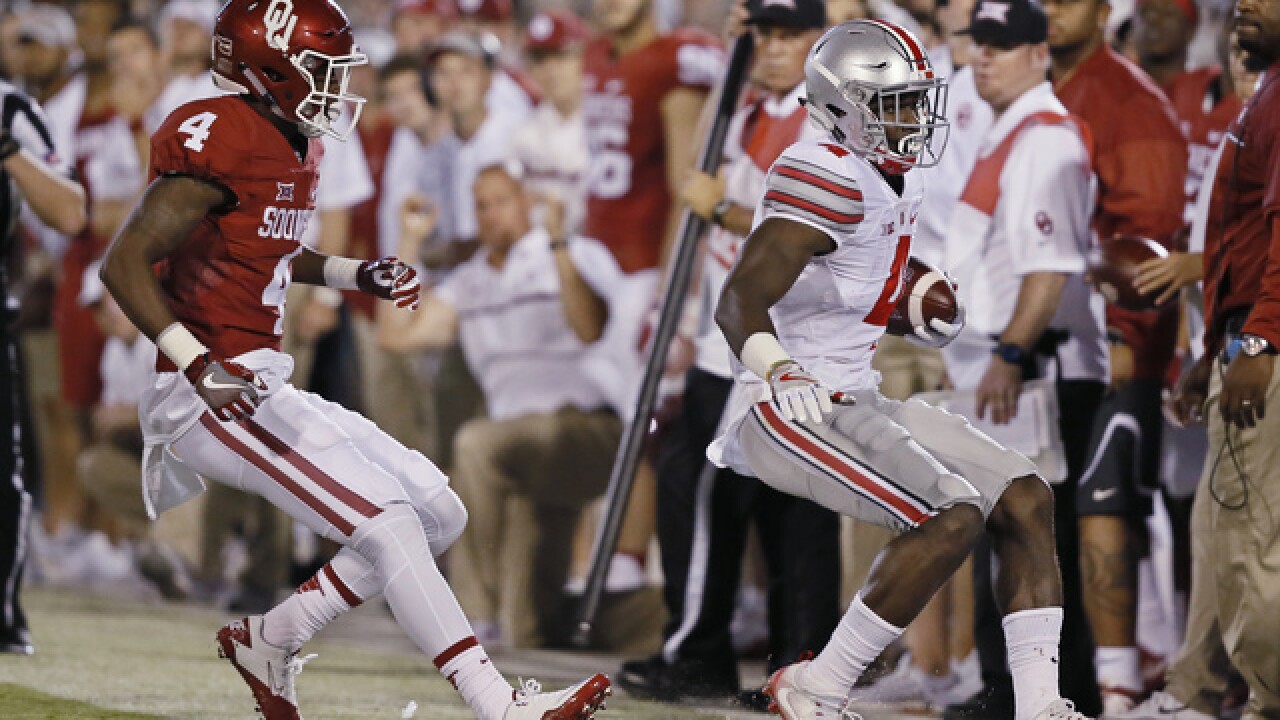 AP2016
Sue Ogrocki
<p>In this Saturday, Sept. 17, 2016 photo, Oklahoma cornerback Parrish Cobb, left, chases Ohio State's Curtis Samuel, right, out of bounds during an NCAA college football game in Norman, Okla. Police say Cobb turned himself in after authorities issued an arrest warrant for aggravated robbery in his Texas hometown of Waco, Texas. Cobb has been suspended by the Sooners and his attorney says he is looking forward to addressing the allegations. (AP Photo/Sue Ogrocki)</p>

WACO, Texas (AP) -- A former University of Oklahoma football player has been sentenced to 18 years in prison after he pleaded guilty to aggravated robbery in his Texas hometown of Waco.

Parrish Cobb was sentenced Monday after pleading guilty to robbing a Baylor student at gunpoint in 2017.

According to the Waco Tribune-Herald , prosecutors agreed to dismiss two other armed robbery charges against Cobb as part of a plea deal.

Cobb, who was a defensive back for the Sooners, still faces an unrelated robbery charge in Norman, Oklahoma. Cobb originally signed with Baylor but was released from his letter of intent after former coach Art Briles was fired in May 2016.