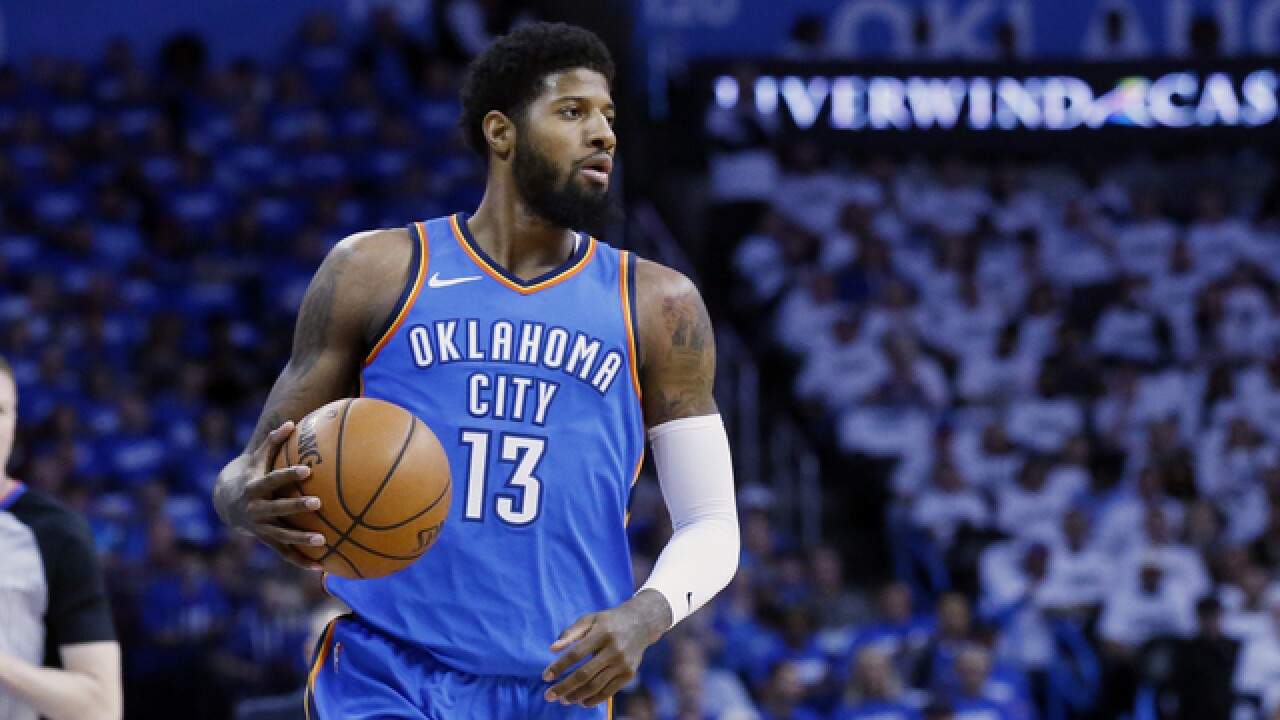 "Today is the first time I've heard from anybody that I trust that George is gone," Russillo said during his show.

George will be an unrestricted free agent on July 1.

George said the following during his exit interview recently after the team's season ended with a first-round playoff loss to the Utah Jazz:

"I haven't been in a position to be a free agent or know what that is like, and then to have the chance to go where you want to go," George said. "That's always been, I feel with players, they want that option. But then you go into an organization where they kind of check the boxes on all the things that you want out of an organization, and then immediately they become a candidate to where you want to play long term.

"So that was the case. That's been the case here. They honestly check the boxes where I needed those boxes to be checked from what a player wants and needs out of a front office, out of a medical group, out of teammates, out of coaching staff. I mean, honestly, they can't say it anymore (than) that. They checked the boxes on what needs to be checked."

Russillo, who is well-connected in NBA circles, said that despite George's quotes signifying his interest in staying in Oklahoma City, he thinks George is someone who knows what to say to the media.