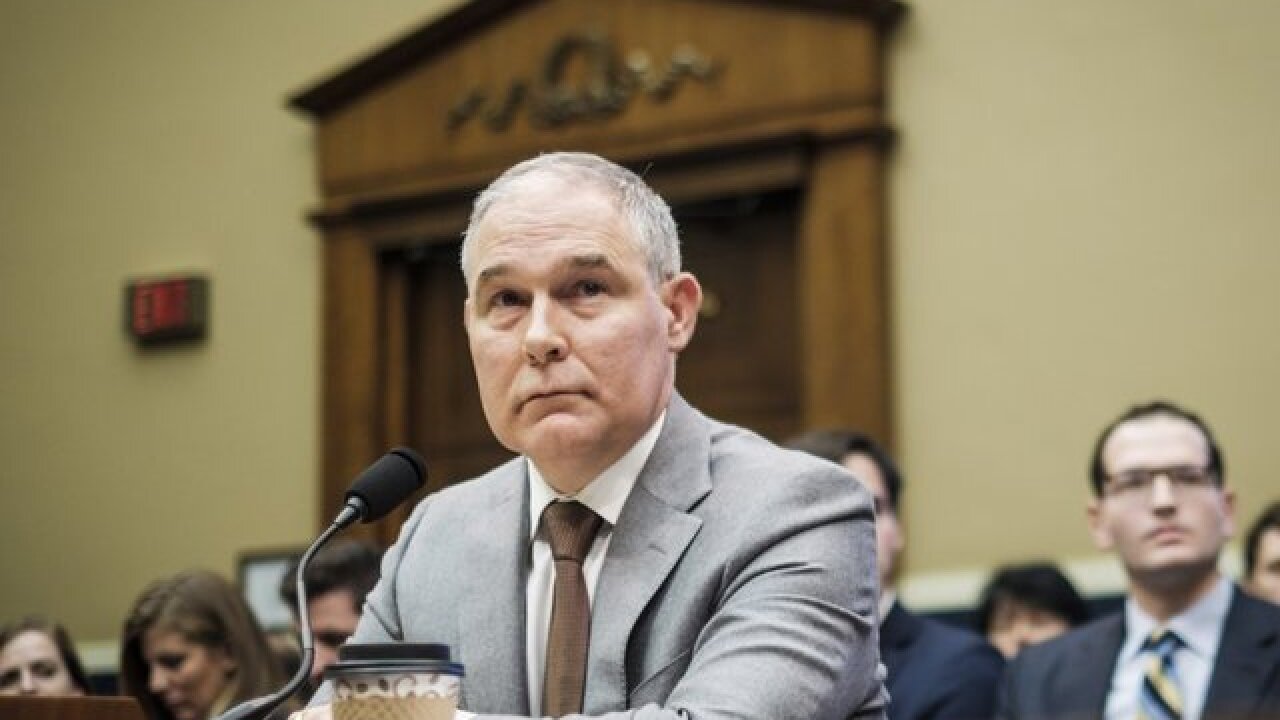 The EPA inspector general says the agency failed to document why Pruitt needed more than $3.5 million in security spending in 2017. According to EPA, Pruitt's security costs were more than double that of his predecessor, Gina McCarthy, during her last year.

The inspector general's report says the EPA's lack of rules over security for agency heads can result in "excessive or unnecessary costs."

The inspector general's report says that included $106,507 in overtime that lacked proper authorization. Pruitt left the EPA this summer amid a barrage of scandals over his spending and other alleged abuses of office.