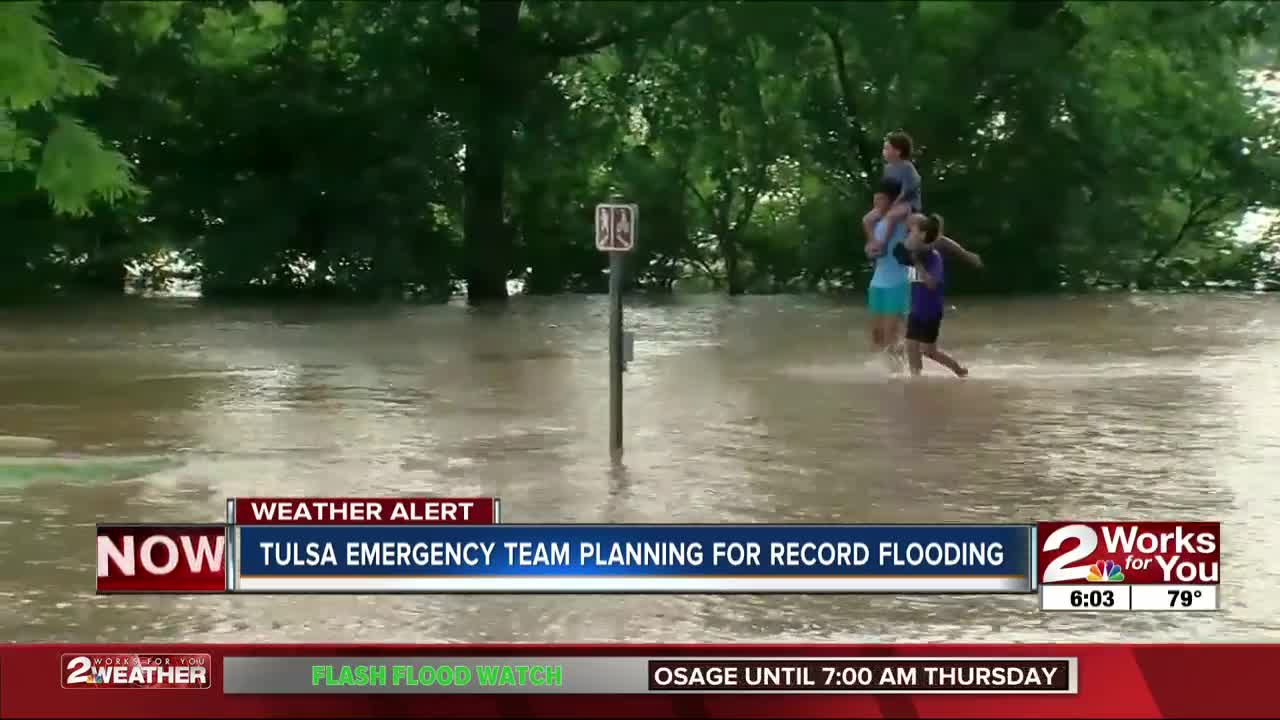 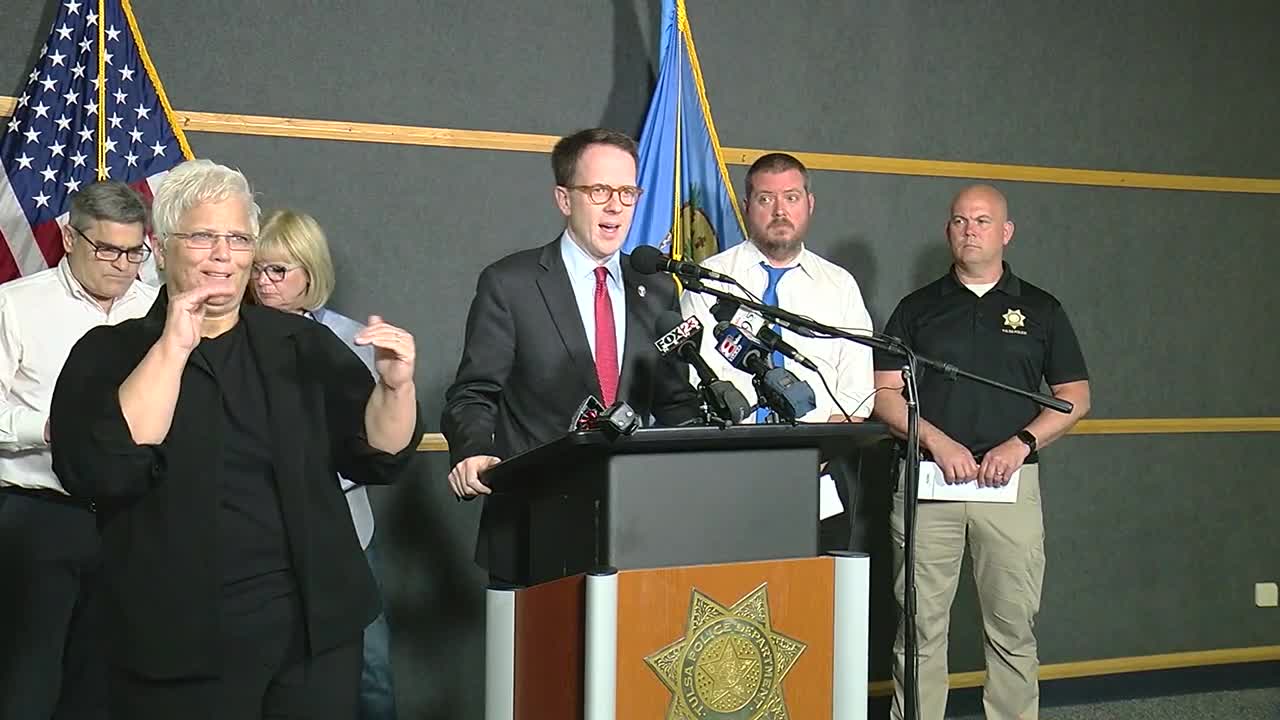 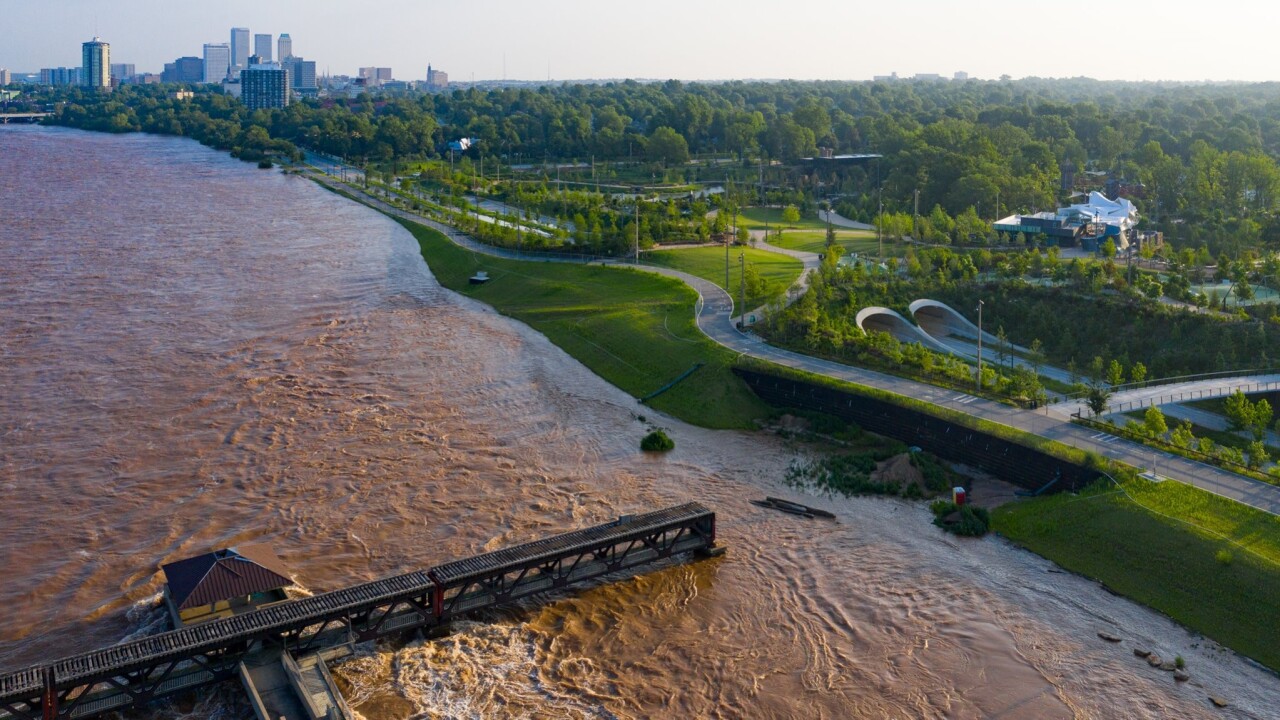 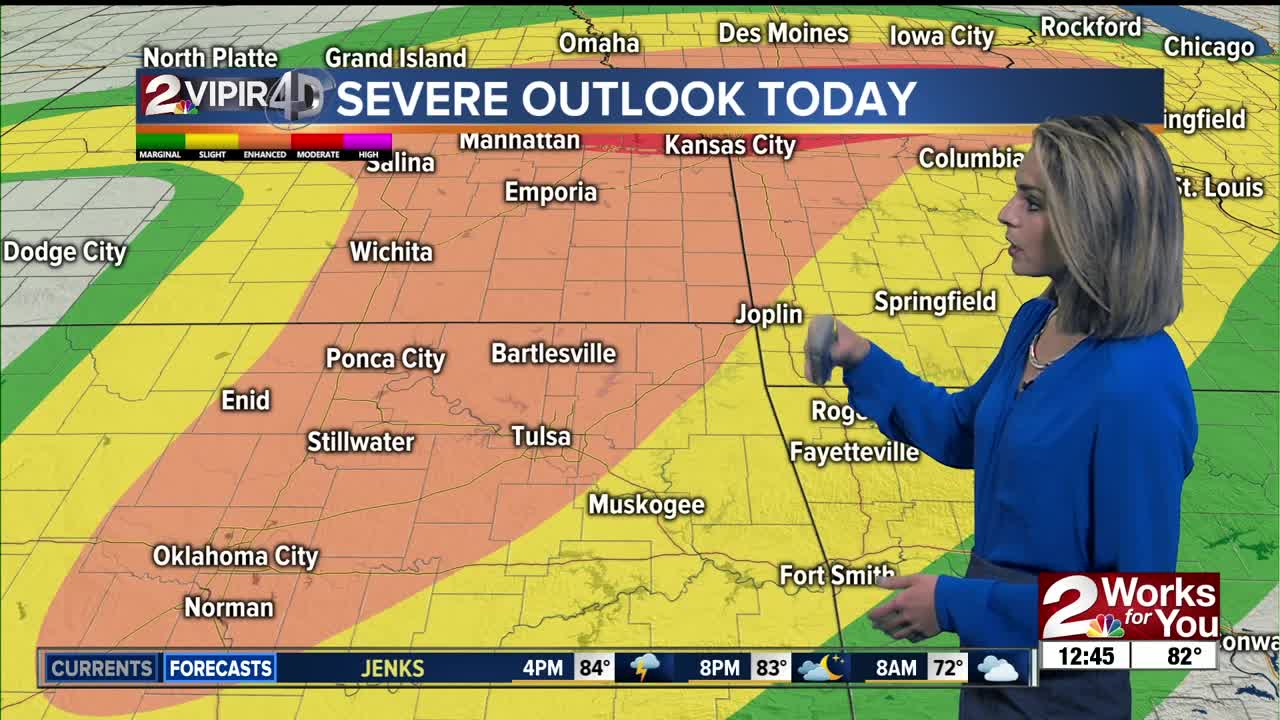 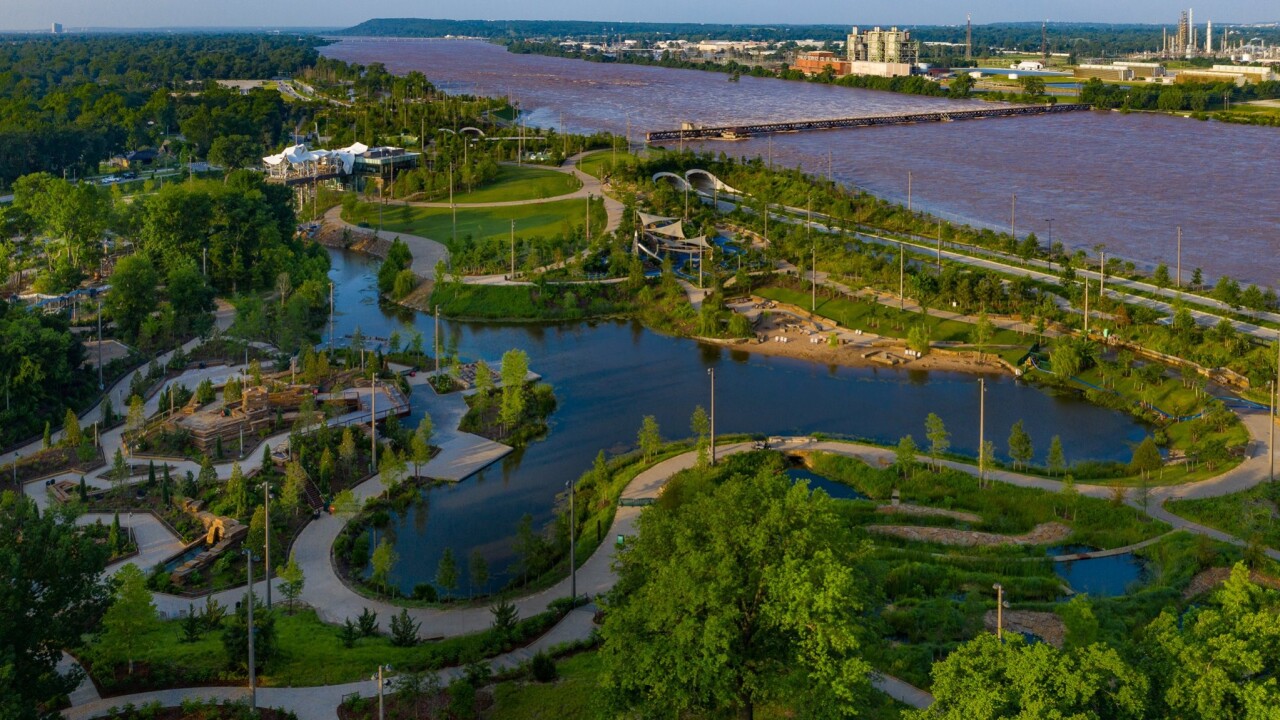 TULSA — The Tulsa Area Management Agency along with city officials on Tuesday afternoon provided an update on flooding impacts in the area ahead of potential severe weather expected on Tuesday night and into Wednesday.

Officials said the release from the Keystone Dam will remain consistent Tuesday at 275,000 cubic feet per second, but said that number could rise if additional rain impacts the area.

Mayor G.T. Bynum said that the city is preparing for the flood of record, and said that, as a precaution, everyone along the Arkansas River corridor should prepare for the worst case scenario -- the worst flooding in the history of Tulsa.

"The rain levels are simply too unpredictable," Bynum said.

Levees in the area are being tested in ways they have never been tested before, Bynum said, and residents who live behind levees are still being encouraged to relocate.

River Parks has been closed, and barricades and tape marking off the area has been set up in numerous spots. Tulsa police will begin citing people who move past the tape and barricades, officials said. Sinkholes have formed in the parks area and trees are in danger of tipping over.

Here's the latest update from TAEMA, which was provided at 2 p.m. on Tuesday

The Army Corps of Engineers continue to release 275,000 cubic feet per second (cfs) from Keystone Dam. In the absence of additional rainfall, the Corps says it will continue this level of outflow through Thursday, but officials will keep a close watch on the potential rainfall overnight in the event the release rate increases.

Residents living along the Arkansas River and the 100-year flood plain need to remain vigilant for potential voluntary evacuations. The City of Tulsa has been planning for historic 1986 flooding levels, The maps for those flooding levels at a 305,000 cfs release rate can be found at https://www.cityoftulsa.org/rivermaps

The levees are currently working as they should. The Army National Guard are closely monitoring the levees 24/7. Residents should be prepared for a voluntary evacuation and remain vigilant to this evolving situation due to the duration of water pressure on our levee system. Bus transportation via Tulsa Transit has been arranged to assist residents who want to self-evacuate.

All maps for the flooding event, including levees, can be found at: https://www.cityoftulsa.org/rivermaps

Residents are advised to stay away from floodwater and standing waters as they can be dangerous. Floodwaters can contain harmful debris, sewage and snakes. The Tulsa Health Department is offering tetanus shots at no cost at any of its immunization clinics during normal working hours. For hours and locations, call (918)-582-9355 or go to tulsa-health.org/vaccines.

Tulsa Police and Tulsa County Sheriff’s Office are patrolling evacuated neighborhoods to thwart looters and keep homes secure and will do the same with any future evacuations. Once areas are evacuated, non-residents are not allowed in the affected areas.

Police are urging people to not drive around barricades. These barricades are put up for the safety of everyone. River Parks is closed. This area should be avoided have unstable ground, and any attempt to drive around barricades, especially in this area, is dangerous and puts your life and the lives of our first responders at risk.

For the Jenks location, bags are available to fill, but the public is responsible to bring their own shovel(s). The weekend hours are 8 a.m. – 5 p.m.

At this time, there are two evacuation shelters in place - Crosstown Church of Christ, 3400 E. Admiral Place, Faith Church, 1901 West 171st St. in Glenpool. A third shelter will be established and announced if needed. ADA service animals can be taken to the shelter locations. All other pets can go to the temporary shelter at Tulsa Expo Square Fairground Pavilion (south entrance) from 8 a.m. – 5 p.m. The temporary pet shelter at the Fairground is accepting pet food, blankets and towels. For large animal shelter requests, please contact 211.

Residents in Tulsa County with questions or concerns related to the flooding event or evacuations can call 211. 211 is also equipped to take damage assessments and answer questions about donations to those affected by the floods.

flooding and weather events. Donations can be made securely at www.TulsaCF.org/2019storms. Donations by check should be made payable to Tulsa Community Foundation and include: “Disaster Relief Fund for Eastern Oklahoma” in the memo of the check. Mail checks to Tulsa Community Foundation, 7030 S. Yale Ave., Suite 600, Tulsa, Okla., 74136. All donations are tax-deductible to the fullest extent allowed by law.

• If you leave your home, take all electric precautions by switching off the main breaker to electricity and disconnect any emergency power system, like generators.

• Charge your cell phones and place them in low-power mode, put valuables in a higher place, bring your pets with you

• If you are an evacuee or someone you know is evacuated and requires home health care and/or in-home hospice care, you need to let your health care agency know where you are sheltering so you can continue to receive services.

• Communicate with members of your family who need to take these precautions but have physical limitations that may prevent them from doing so.

• For safety’s sake, assume that any downed utility line is energized with deadly electric current. Stay away from the line and do not touch it with anything. Report it to PSO at 1-888-218-3919.

Stay Updated on the Flooding Event

The City of Tulsa website has a Google translator that can translate all web pages in more than 121 languages. The City of Tulsa is also adding translations of this briefing in various languages to the City’s Facebook page when available.