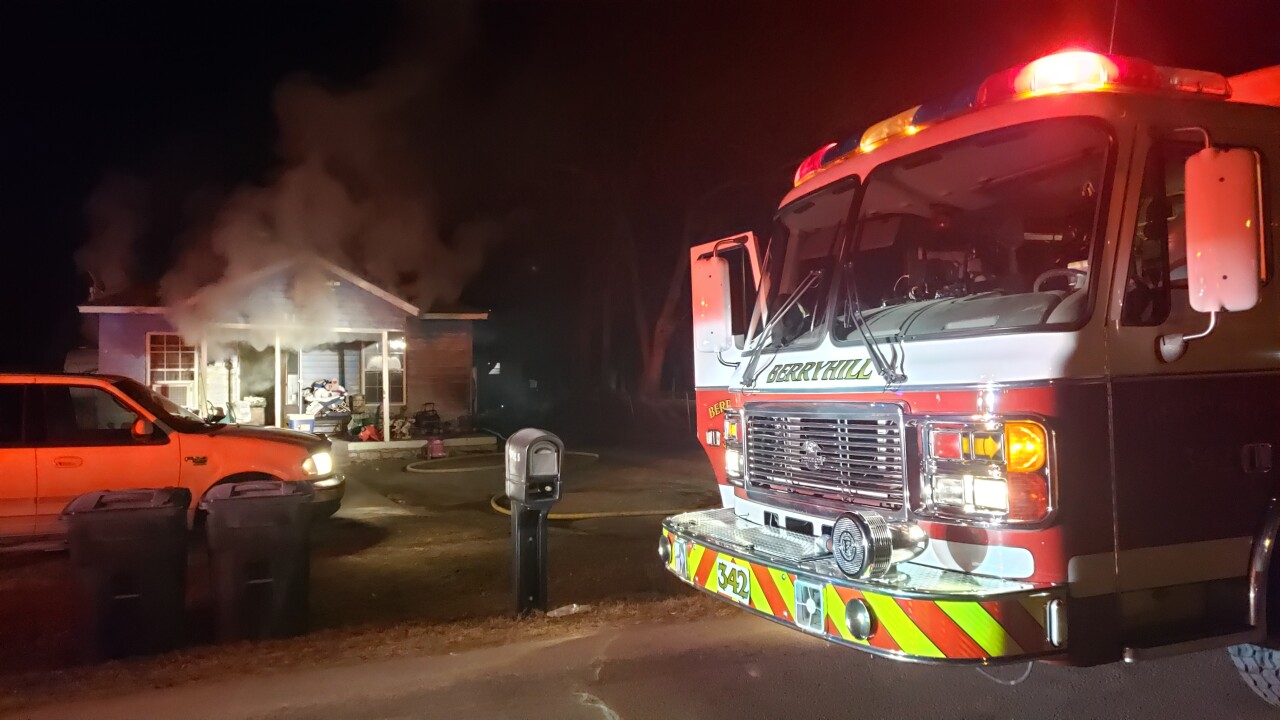 BERRYHILL, Okla. — Eight people, including six children, were inside a Berryhill home when it caught fire Monday night.

Around 11:20 p.m. Monday, a home in the 3100 block of South 63rd West Avenue went up in flames. The fire was mainly in the kitchen and backroom and worked its way into the attic.

Officials said half of the kids inside were neighbors staying there for the night.

Firefighters on scene believed the fire may have started near the dryer but the official cause is under investigation.

Officials did not report any injuries.