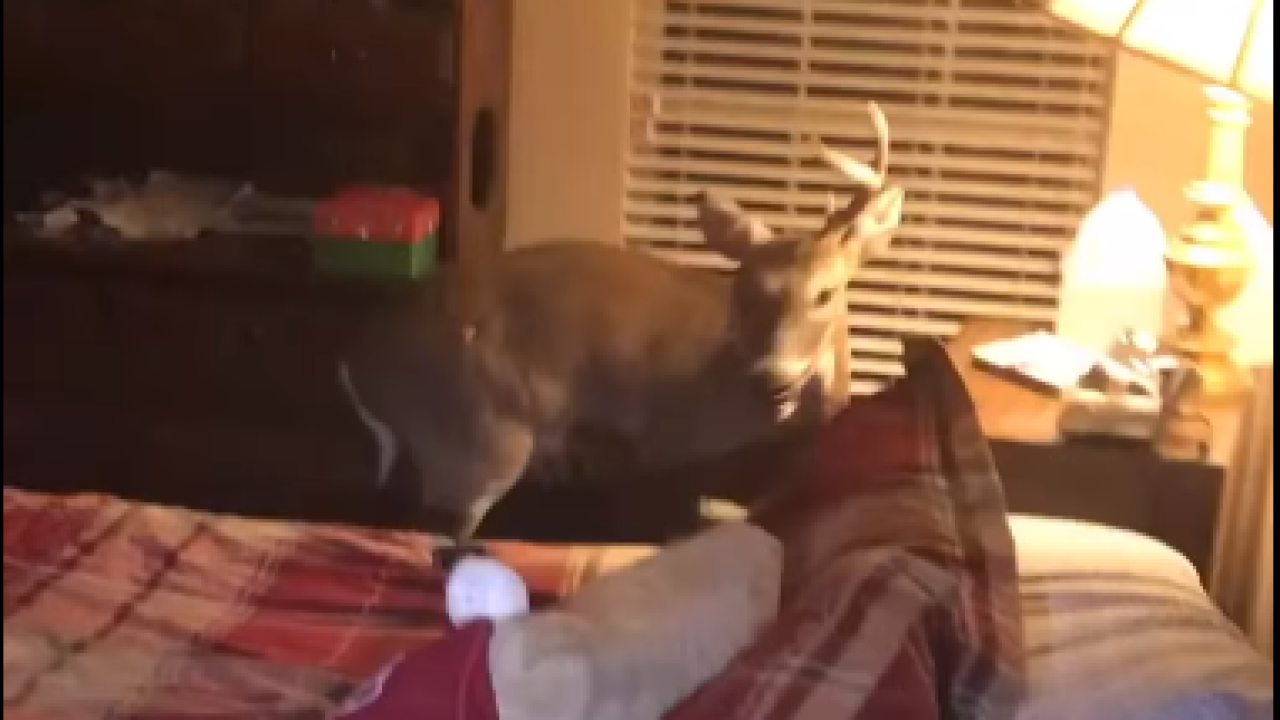 EDMOND, Okla. — An Edmond family received quite the surprise Tuesday night in the form of a deer, according to Edmond police.

The home invasion took place in Edmond while the family was eating dinner.

Police say a six point buck came crashing through a storm door in the family's home and began running throughout.

The family called Edmond police, who sent both officers and their Animal Service Officers to the scene.

Police say the buck managed to shut himself inside the master bathroom "toilet room".

Officers were able to rope the buck's one remaining antler, as he had suffered significant damage to himself during this event, and were able to get him out of the home.

Unfortunately, police say the buck had to be euthanized due to the injuries he had suffered.

Emily Ward of the Edmond Police Department told 2 Works for You, to her knowledge, this was the first deer home intruder call they had received.