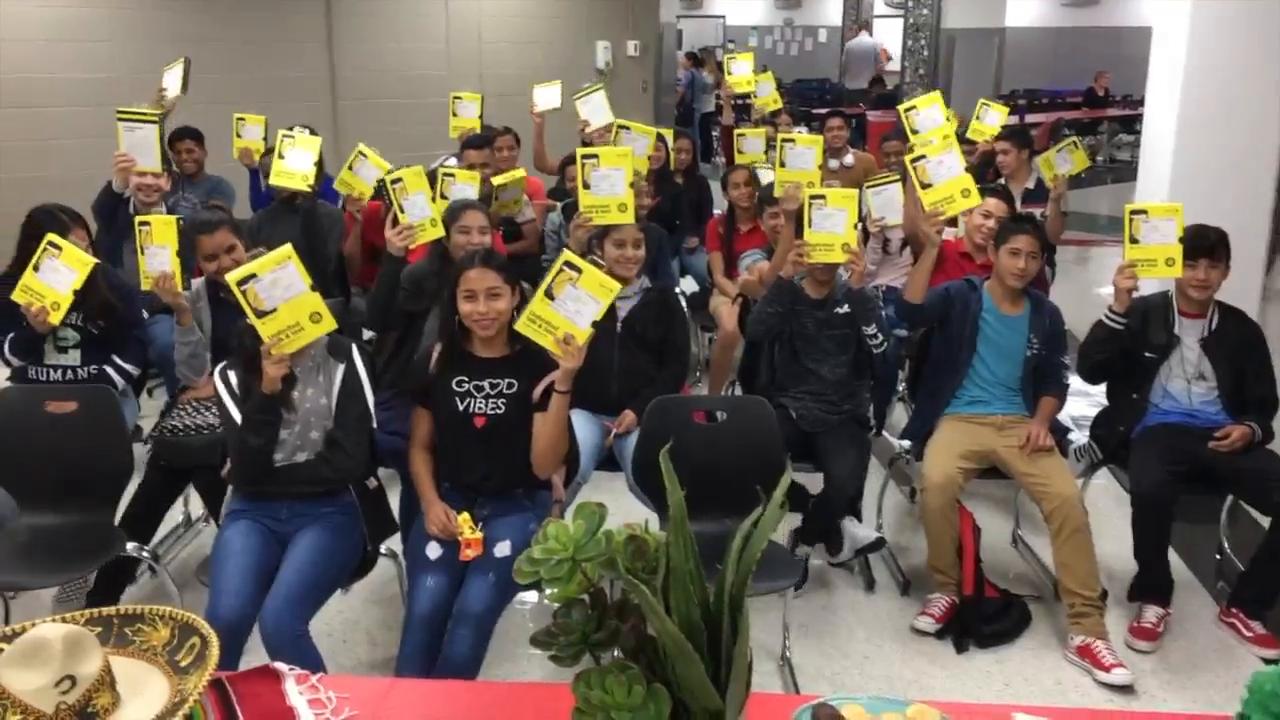 TULSA — Officials with East Central High School say Monday morning their "Newcomers Academy" gathered together to hear former students speak about succeeding in school, and received quite the surprise.

Officials say the students did not know they were in for a surprise when they were informed about the kind donation by Spirit AeroSystems.

Spirit AeroSystems has continued their partnership with the school and agreed to donate supplies for the Newcomer Academy.

Officials say the donation will cover students for at least a year. Students will also be able to get additional supplies should they run low, at no cost.

Not only that, officials with East Central High School say, thanks to the Sprint Foundation's $1 million grant, students with the Newcomers Academy received either a tablet, phone or hotspot with internet connection.

The tablet, phone or hotspot will be free until they graduate from high school, officials say.

Officials say all of this came as a surprise to the students in Newcomers Academy.