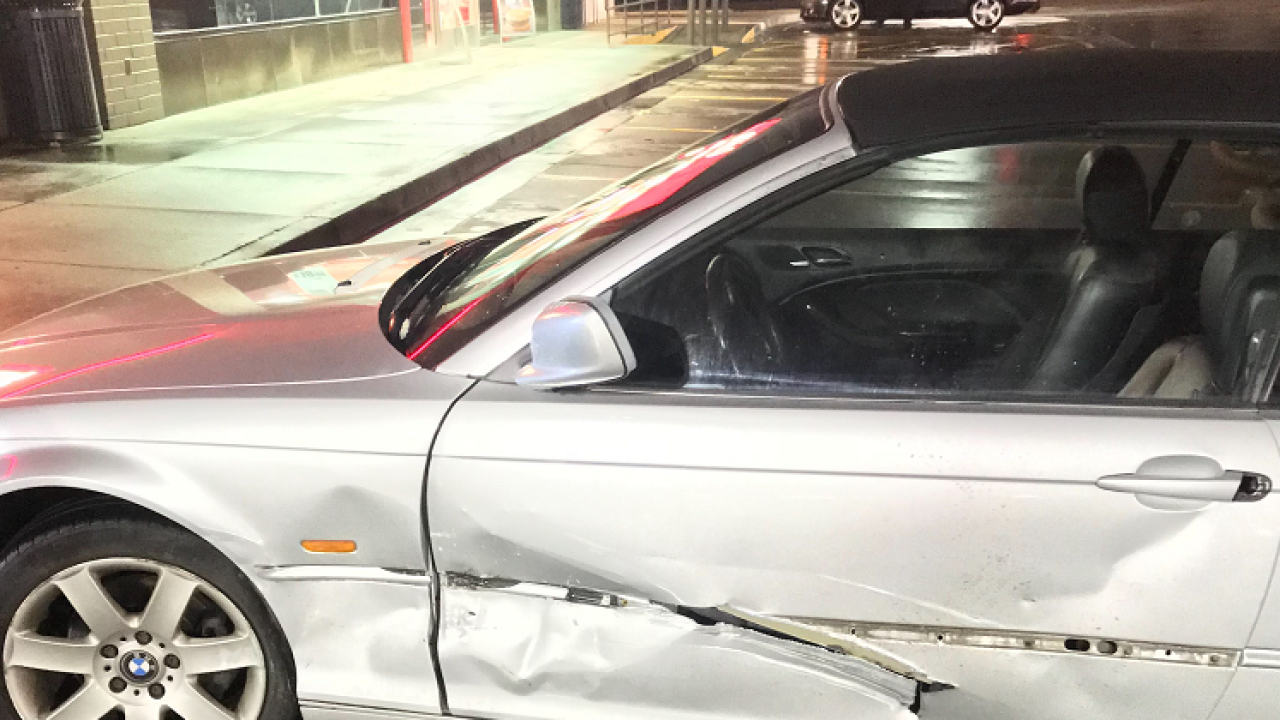 TULSA, Okla. — Since Tuesday night Wasim Majed has been getting around Tulsa in a car with a hole in the side, and a door that won't close.

Majed said he was driving on 71st Street off of Highway 169 when a woman blew through a red light and T-boned his car. He called police, but with a high call volume and wet roads TPD was unable to respond under "Operation Slick Streets."

Majed and the other driver made a report at Quiktrip, but he tells 2 Works for You the insurance company got a different story, with him taking the blame.

Majed said at the time of the accident there were plenty of cars around and he wishes an officer had been there to get another witness statement.

"I have all her information. I already did claim with her insurance... her insurance decline it because "she said, you said"... there is no evidence," he said.

Traffic officers said they don't know if they could have changed that outcome, but even under Operation Slick Streets they recommend calling police if the other driver doesn't have a license, insurance, or seems to be giving false information.

"All I do when I go to a traffic accident is try to determine if there was a traffic violation. I'm not there to determine who's at fault anyways," Sergeant Stephen Florea said.

Slick Streets is a system aimed at prioritizing calls during busy times. Florea said in the event of rain or snow call volumes can double.

"You might be waiting hours on an injury accident for an officer to show up if we're out there responding to non-injury accidents on the days we're on operation slick streets," he said.

But TPD said the plan exists to help those the most in need.