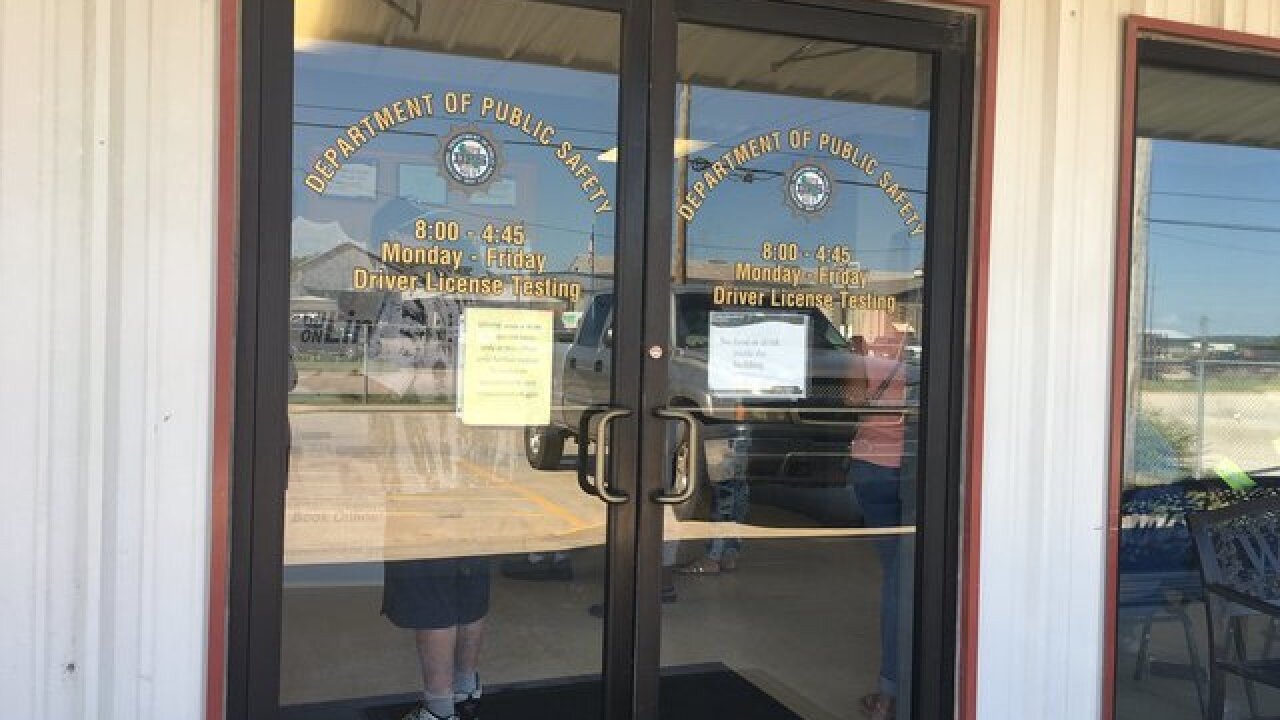 The Oklahoma Department of Public Safety says a problem with computer hardware that has disabled the system that issues new driver's licenses and state ID cards has returned after issues earlier in the week.

Driver's license offices across the state are not able to issue new driver licenses or ID cards, but can issue replacement and renewal licenses and IDs, officials said. Tag agencies are not affected.

The Oklahoman reports that a power outage on Sunday led to a statewide outage in the driver's license system at local tag agencies. The outage continued Tuesday, and officials said the issues seemed to have been fixed early Wednesday morning.

Tag agency operator Kenny Skaggs says outages can be frustrating for both customers and tag agents. Skaggs says that when tag agents can't sell licenses, they see a dip in revenue and employees unable to work.

Public safety officials say that driving with an expired license is against the law and drivers whose licenses are expired will not receive any lenience because of the state computer problems.