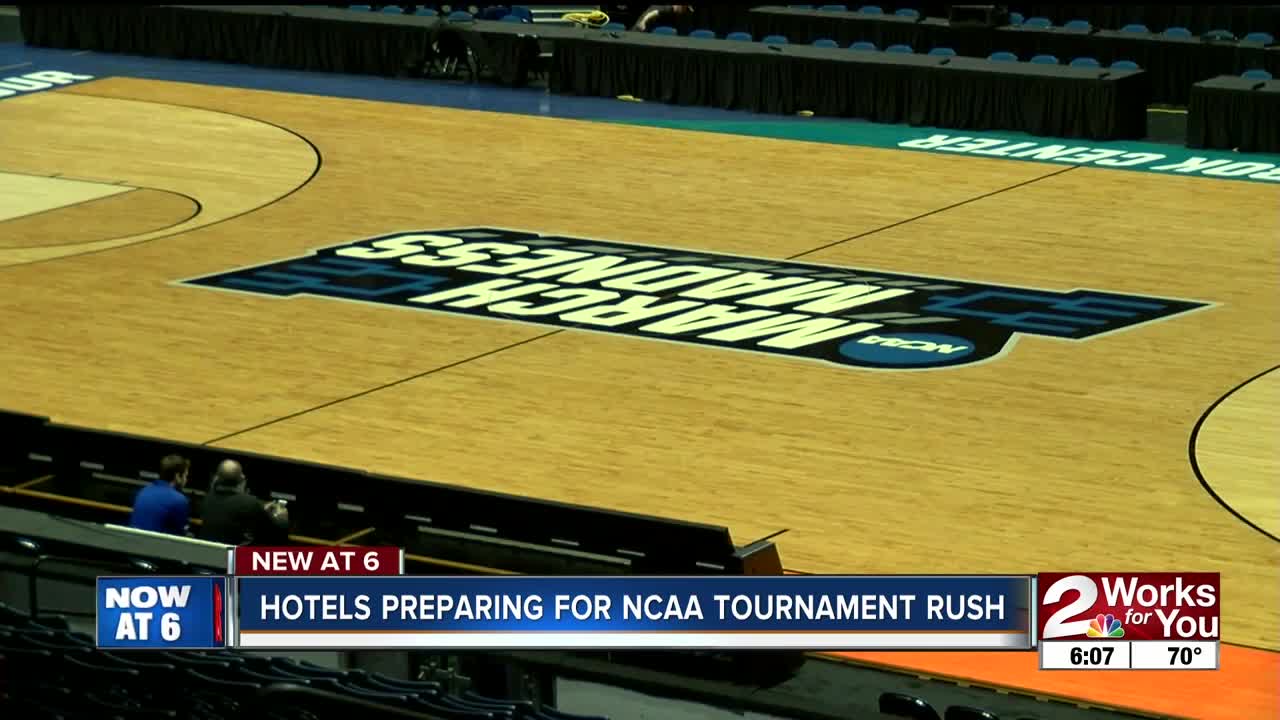 TULSA, OK (KJRH) — For the second time in three years, March Madness is back in Tulsa. When the NCAA tournament bracket was announced on Selection Sunday, fans booked up downtown hotels within hours.

The Hyatt Regency Downtown was one of them. General Manager James Cunningham says the 444 rooms sold out within 3 hours after the Selection Show.

"This weekend's really great," Cunningham said, "it's great for the city of Tulsa and it's great in the hotel community as well, because as you know most of the fans coming in to watch the games are from out of town."

After a November fire did $20 million in damage, the hotel reopened in February.

Within a mile of the BOK Center there are more than a dozen hotels. 17,000 fans are expected in town this weekend, which Tulsa Sport Commission Tourism President Ray Hoyt says adds up quickly.

"It's about a $9 million total economic impact," Hoyt said. "That's money that wouldn't be here if the tournament wasn't here."

All eight teams slated to play in Tulsa have never come to the BOK Center before, which Hoyt says provides an opportunity for the city to host fans who are visiting for the first time.

Fans are expected to flood in on Thursday March 21, with the games set for Friday and Sunday.