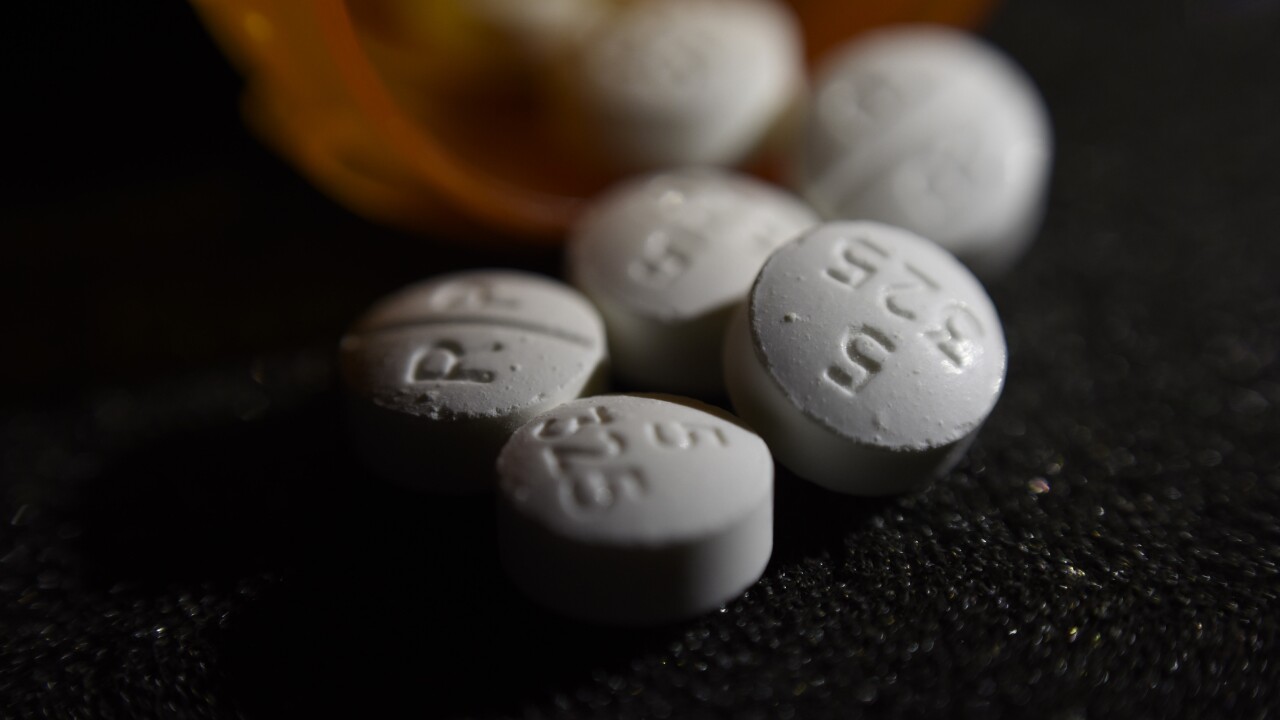 (Copyright 2020 The Associated Press. All rights reserved. This material may not be published, broadcast, rewritten or redistributed.)
Patrick Sison/AP
FILE - This Aug. 15, 2017 file photo shows an arrangement of pills of the opioid oxycodone-acetaminophen in New York. American Dental Association on Monday, March 26, 2018, said it is pressing for seven-day prescription limits and mandatory education that encourages using other painkillers. (AP Photo/Patrick Sison, File)

TULSA — A federal grand jury has indicted a Tulsa doctor and his two employees for conspiring to illegally distribute prescription opioids to patients.

In court filings, the U.S. alleged that three patients died as a result from opioids prescribed by Dr. Moses.

Court filings state the defendants distributed the prescriptions from January 2010 to January 2018 at the Southside Medical Clinic in Tulsa.

“The opioid epidemic has taken a deadly toll on communities across our nation, including here in Oklahoma. As alleged in the indictment, Dr. Moses and his co-conspirators operated a ‘pill mill’ through which they distributed highly addictive opioids without a medical purpose,” said U.S. Attorney Trent Shores. “In fact, the United States has sought detention for Dr. Moses in this case because, in part, we believe he presents a danger to our community here in Northern Oklahoma where his alleged illegal prescribing actions resulted in three people dying from opioid-related overdoses. Make no mistake, my office will vigorously prosecute unscrupulous doctors and their cohorts who enrich themselves by illegally distributing opioids.”