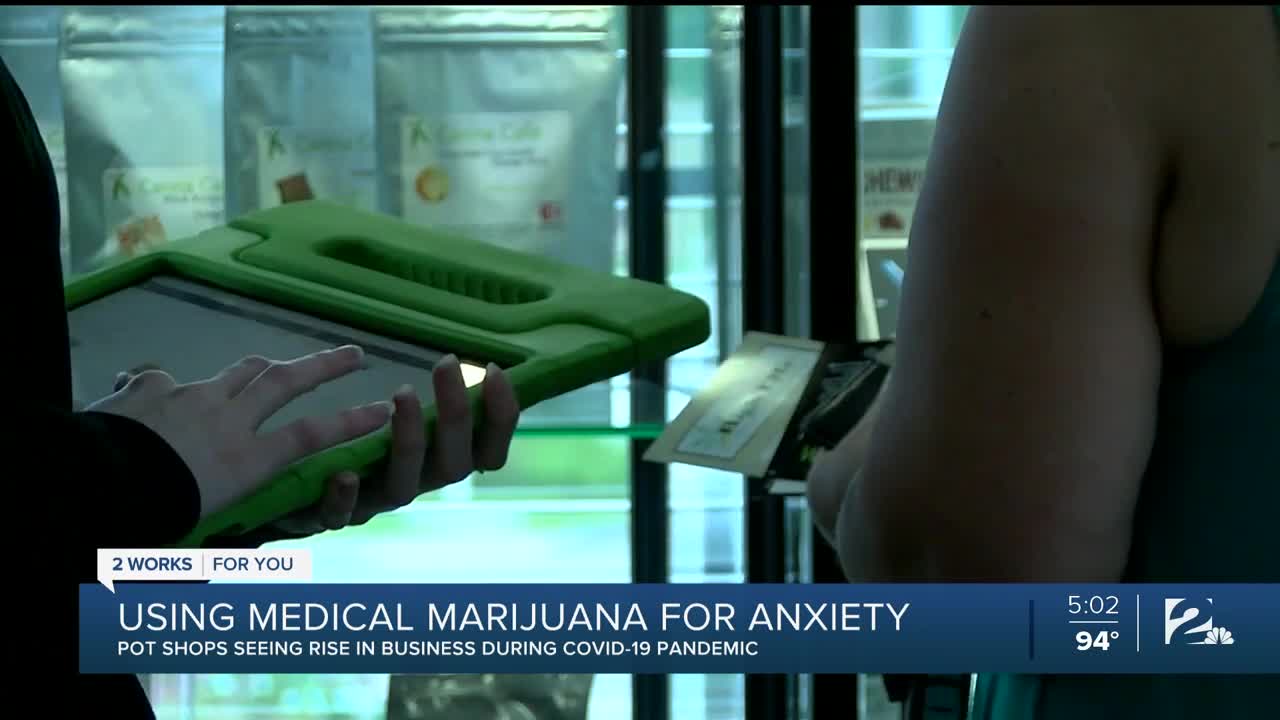 COLLINSVILLE, Okla. — With even more uncertainty ahead during the coronavirus spread, some Oklahomans are turning to medical marijuana to ease their anxiety. A Green Country dispensary owner says he’s seeing an increase in customers that his store has never had before.

Brad Peixotto is the owner of World of Weed in Collinsville. He says over the past two to three weeks, his store has seen a 30% increase in traffic.

"The last two weeks have been pretty crazy,” Peixotto said. "And everyone has questions."

Peixotto says the questions began with returning customers asking whether dispensaries were gong to remain open. On Tuesday the Oklahoma Medical Marijuana Authority confirmed that dispensaries are considered essential services, so they would remain open.

“I’ve had more questions lately about what’s good for anxiety than I’ve ever had before,” Peixotto said. "People are just scared. They’re scared of the unknown. And they’re coming in to the dispensaries and they’re picking up their essential items.”

Doctors say because there are several ways to ingest medical marijuana, and because different types affect people differently, it varies person-to-person on what newcomers should take. However, the common rule is start with small doses, and wait to feel the effects.

Peixotto says his store will remain open and staffed as long as they’re allowed, and to adjust to the increased demand the dispensary is only allowing six customers inside at a time.