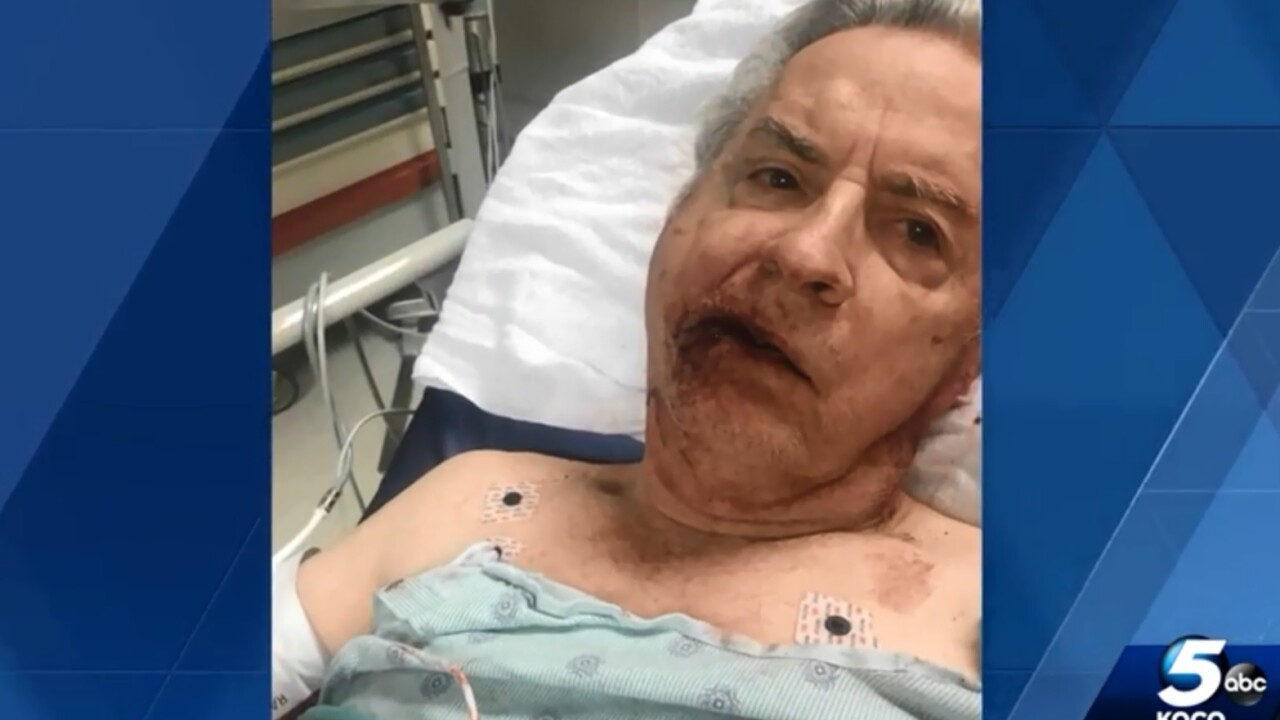 NORMAN, Okla. — A 76-year-old disabled man in Norman was critically wounded earlier this week after he was attacked in the parking lot of a Taco Bell.

KOCO reports Russell Lohr, a regular at the restaurant near 24th Avenue Northwest and Robinson Street, approached someone who was illegally parked in a handicapped space. Moments later, the man was brutally attacked.

"He has a fractured skull and a broken jaw," son Adam Lohr said. "He's having an operation (Wednesday). This coward came out running and sucker-punched my dad."

The attacker was seen leaving the restaurant in a dark-colored sedan.

An 18-year-old employee stopped the assault and performed lifesaving measures on Lohr, who had a fractured skull, broken jaw and significant brain bleeding. The man's jaw has been wired shut.