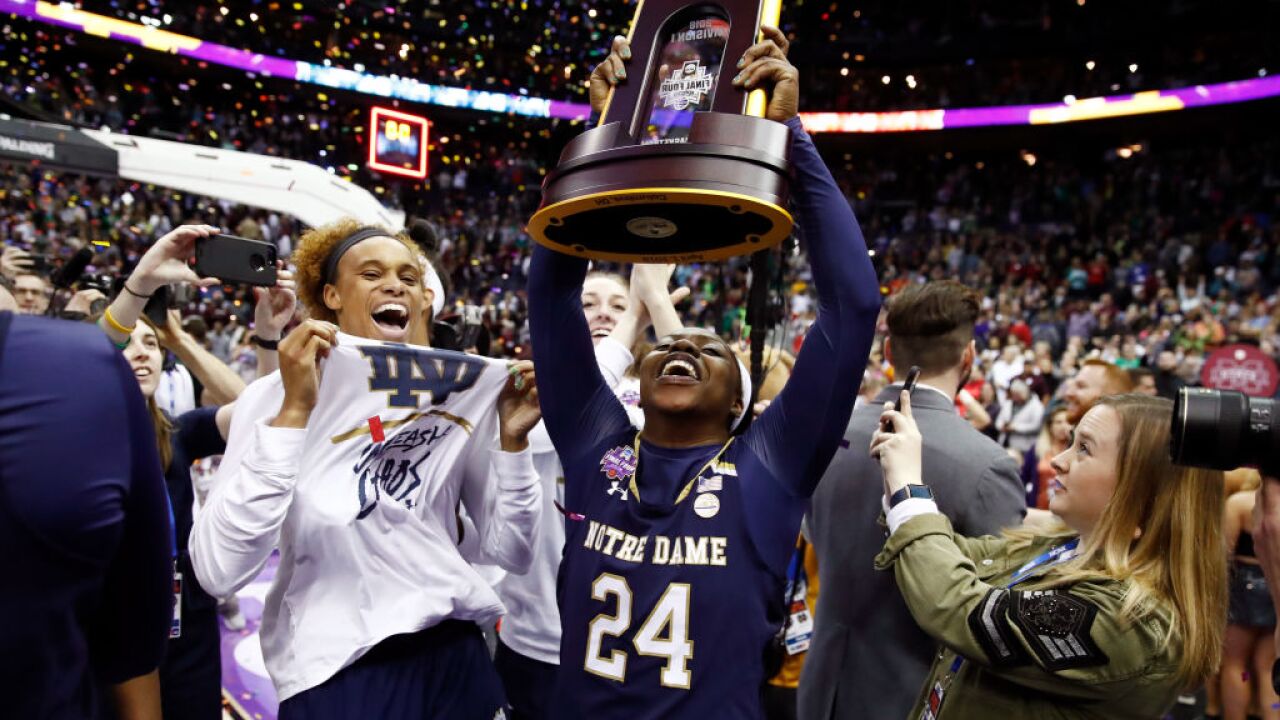 Viewers of ESPNU this afternoon got quite a surprise when the entire 64-team bracket for this year's NCAA women's basketball tournament was accidentally revealed on screen, which quickly was spread on social media on Monday.

Because of the error, ESPN and the NCAA moved up the official selection show from 7 p.m. ET to 5 p.m. ET.

This caused havoc for many teams already planning to gather with fans this evening to watch the selection show.

ESPN released a statement Monday afternoon to explain the error.

“In working with the NCAA to prepare for tonight’s Women’s Selection Special we received the bracket, similar to years past," the statement read. "In the midst of our preparation, the bracket was mistakenly posted on ESPNU. We deeply regret the error and extend our apology to the NCAA and the women’s basketball community. We will conduct a thorough review of our process to ensure it doesn’t happen in the future. We will now broadcast the full bracket at 5 p.m. ET on ESPN2, and the regularly-scheduled show on ESPN at 7 p.m.”

As some learned at 3 p.m. ET on Monday, Louisville, Mississippi State, Baylor and the defending champion Notre Dame were declared the four No. 1 seeds for the tournament, which begins on Friday.