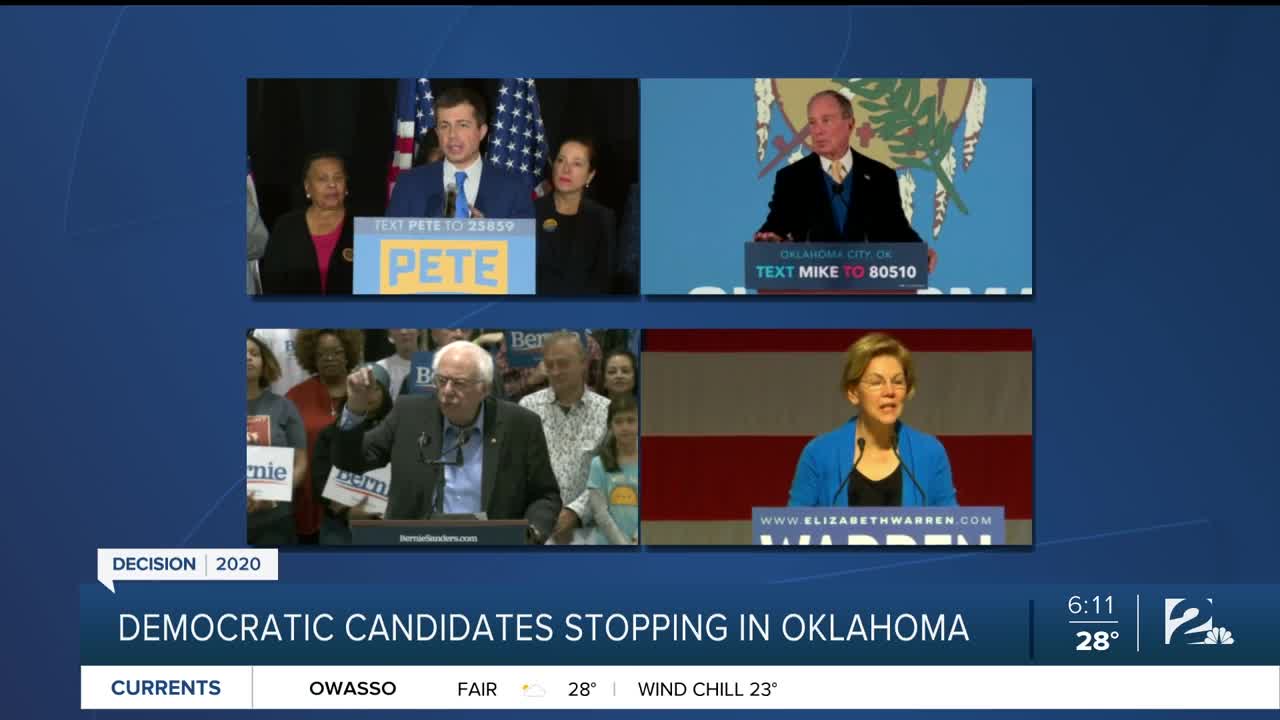 Pete Buttigieg is expected to be in Oklahoma City on Monday, March 2, where he's hosting a "Get Out and Vote Rally."

He's hosting a rally in Oklahoma City tonight at the Bricktown Events Center.

This is his third time in Oklahoma since launching his campaign.

And although some of the candidates themselves won't make it here, Bernie Sanders' wife, Dr. Jane Sanders, will be campaigning in Tahlequah tonight for the Democratic hopeful.

And actress and activist Ashley Judd will be in Tulsa campaigning for Senator Elizabeth Warren Thursday night.

Judd will be stopping by a happy hour event, hosted by "Oklahoma For Warren," at Cabin Boys Brewing, Thursday evening at 5:30 p.m. and 7 p.m.