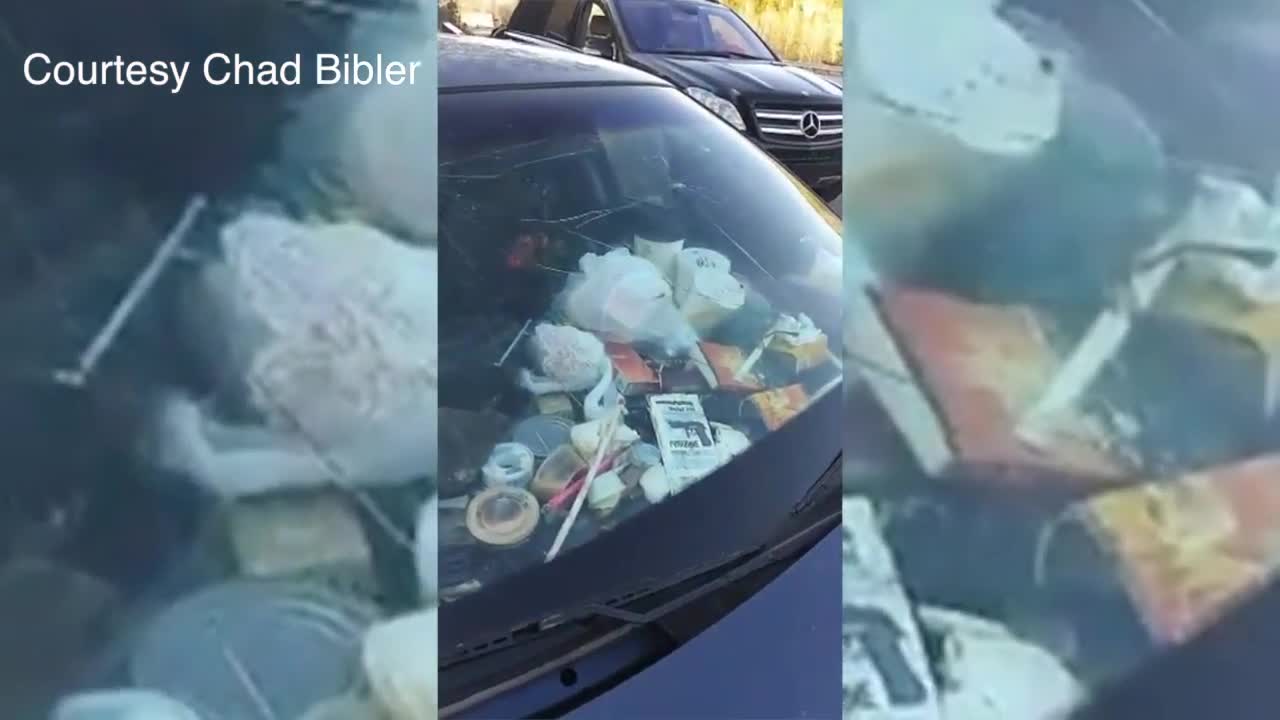 Update: The Delaware County Sheriff says the homeless couple in question in the story has been dealt with. The man was taken to a hospital and the woman and animals were taken to shelters. He says the only thing left is to clean up the trash that was left behind.

People in Rose want the trash cleaned up along U.S. Highway 412.

They say they've watched for years as a couple who lives out of their car leaves garbage on what used to be scenic roadside rest stops.

This happened in the small town of Rose and several other spots in Delaware County, where people who live there want help in cleaning up the mess and help for the homeless couple.

For almost two years now, Chad Bibler and several of his neighbors in have watched as a homeless couple living in their car with seven dogs and cats, have trashed roadside rest stops, throwing out liquor bottles, beer cans and much more.

"They defecate out here, their home is the front seat of that car they do everything in that car,” Delaware County resident Jennifer Herbert said.

“I pulled up yesterday, and she was coming out with a urine bucket from her husband and going on the other side of the car and pouring it out,” Bibler said, as he was picking up their garbage.

Chad became ill when he asked the woman if he could check on her husband, who stays in the backseat under piles of garbage and animals. Residents hadn't seen him in a while and were concerned about him.

“It smelled so horrible, and I do a lot of rehab on houses and stuff,” he said. “It was so horrible; it's a biohazard."

All of these residents know it is a mental health issue and they've asked area homeless shelters to help and law enforcement to step in – but nothing ever happens.

“The county is refusing to hold them in jail because they stink so bad that they don't want to put up with it,” Bibler said.

The couple's car has no working headlights, so come nightfall, they have to pull over. And more times than not, it’s at this location near Rose. As you can see, it's more of the same, litter everywhere.

As much as people want the trashed rest stops to end and to find some help for the homeless couple, they also want to be safe to be kept safe themselves.

“Right here, this is all hers," Bibler said, picking up empty bottles of brandy. "I will sit here and video tape her drink and throw out liquor bottles. When is the day she's going to pull out and hit somebody?"

We tried to get a response from the Delaware County Sheriff's Department, state troopers assigned to the area and adult protective services, but no one got back to us today.