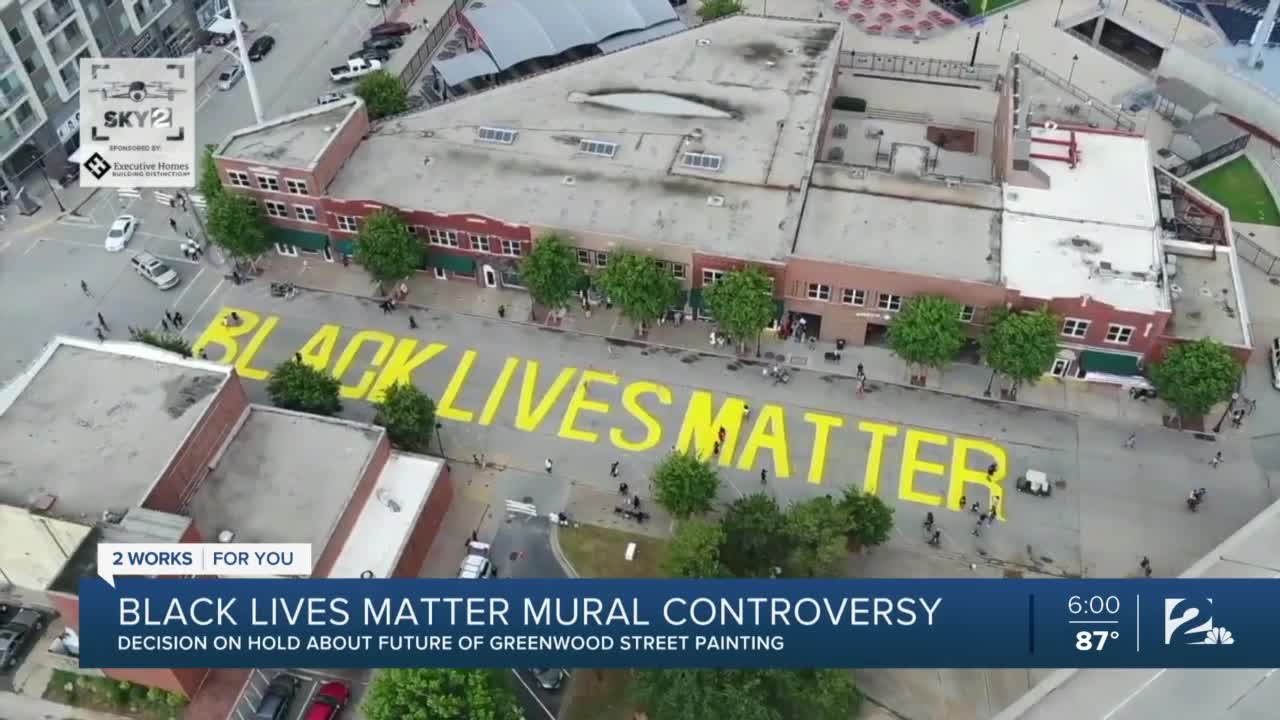 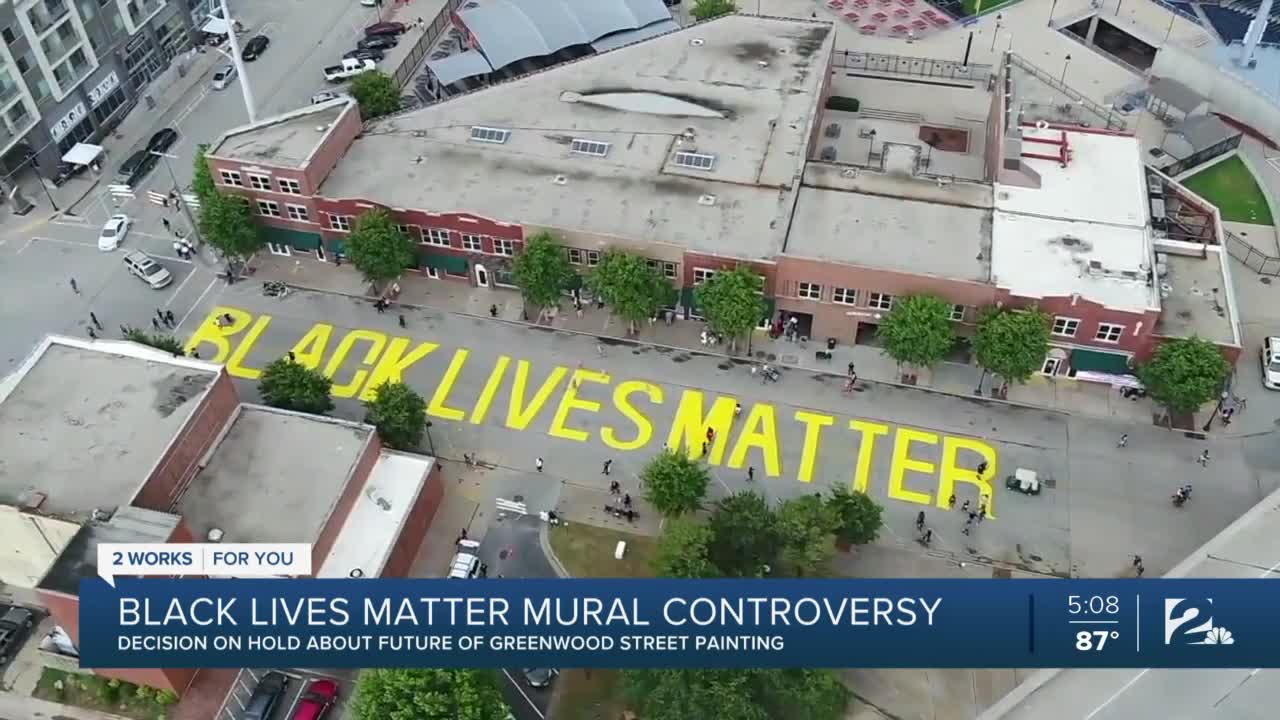 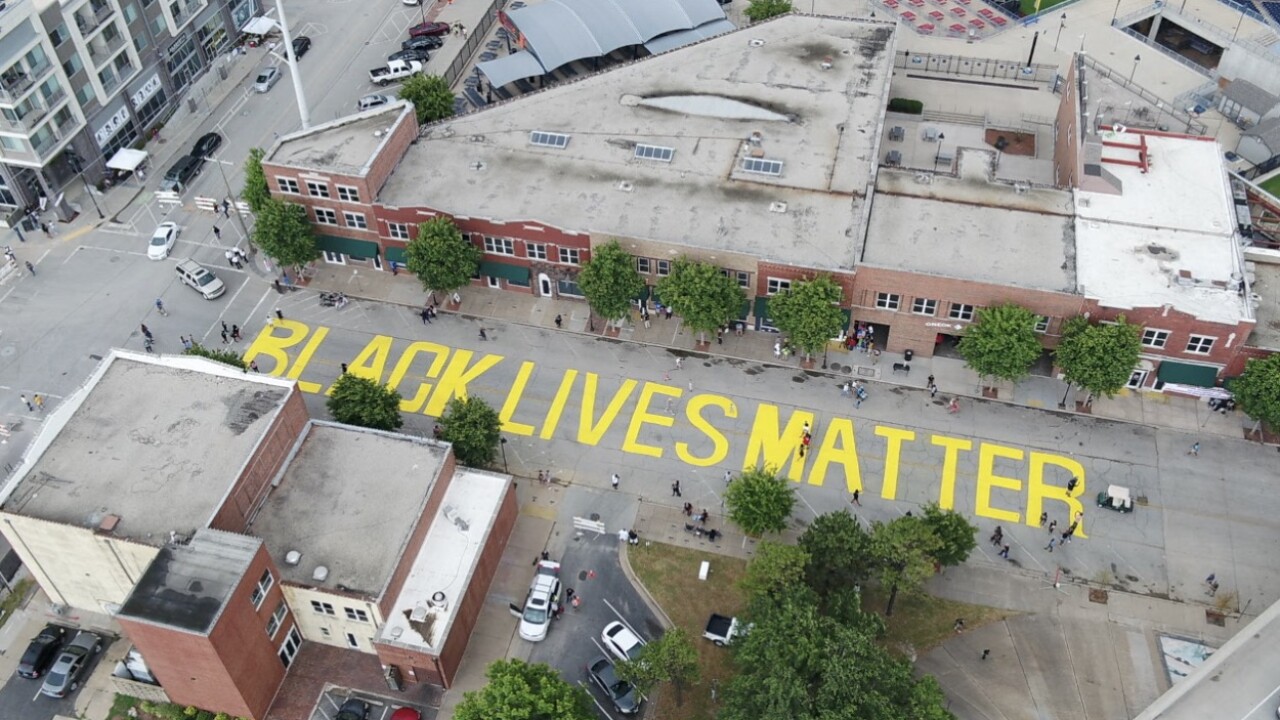 TULSA, Okla. — Mayor G.T. Bynum is holding off on his decision to move forward with removing the Black Lives Matter mural in Tulsa's historic Greenwood District.

District 4 Councilor Kara Joy McKee was nearly moved to tears at the thought of the mural being removed.

“I was broken hearted to see people having to come together, tears in their eyes to say please believe that my life matters,” McKee said.

The city council will reconvene on Aug. 19 to discuss next steps.

Originally, Mayor Bynum gave the Greenwood Chamber of Commerce until end of business day Thursday to apply for a permit asking for the mural to remain.

The press release also said, "The Greenwood Chamber of Commerce demands that the City of Tulsa refrain from removing or altering the writing, as it is an appropriate message to have at the location of the 1921 race massacre."

VIEW a TIMELINE of events for the Black Lives Matter mural in the Greenwood District, below: