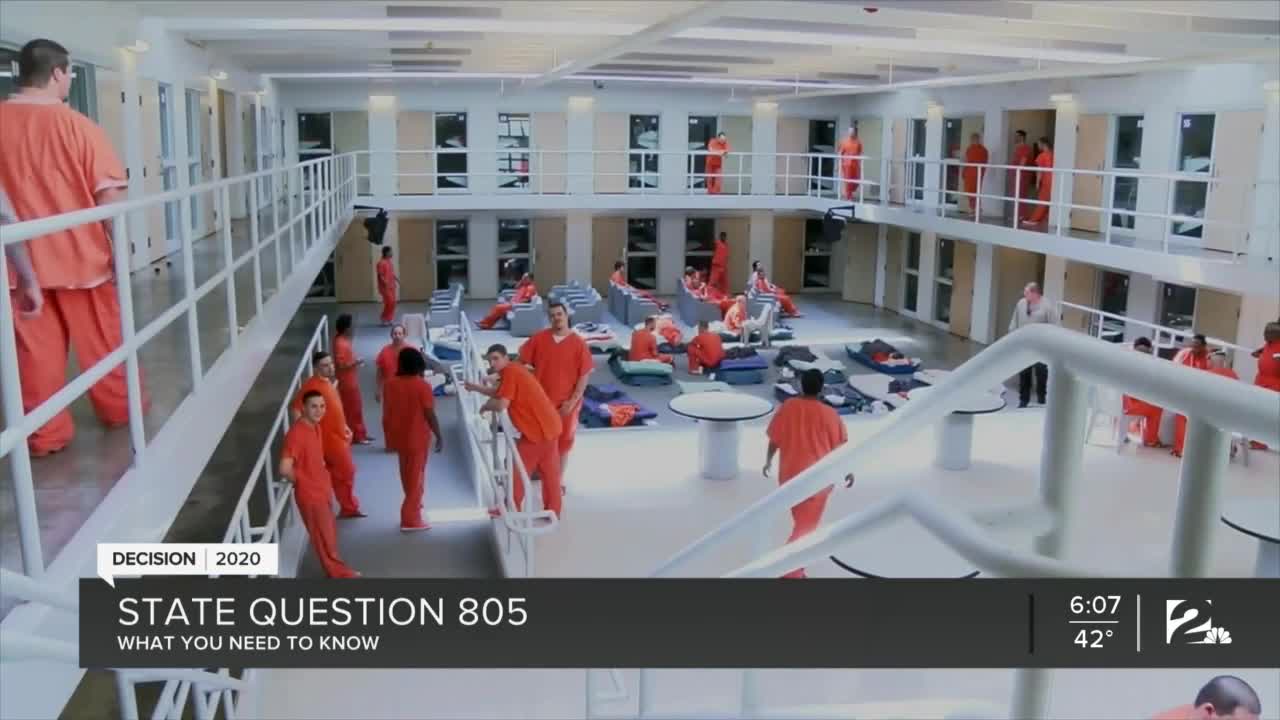 State Question 805: What you need to know

TULSA, Okla. — One of the biggest choices on the Decision 2020 ballot for Oklahomans isn't over candidates.

Kunzweiler told 2 Works for You SQ 805 goes against basic common sense. It asks voters if nonviolent criminals should face enhanced sentencing from a prosecutor or judge.

"If they continue to do that same type of conduct, you just don't do the same exact type of discipline," Kunzweiler said. "You have to have a little bit more of a leverage on them."

Pyles said she was convicted of more than five drug possession and petty larceny charges. The mother and grandmother said she stared down 20 years in prison.

"I was going to face the maximum amount of time," Pyles said.

Pyles served time in a prison diversion program after her latest arrest in 2012. She credits the program for curing her drug addiction. Pyles' past crimes are not the only nonviolent ones included in the state question.

Some domestic abuse charges are considered nonviolent crimes under 805.

If 805 passes on Nov. 3, people in prison for nonviolent crimes can appeal their enhanced sentences.