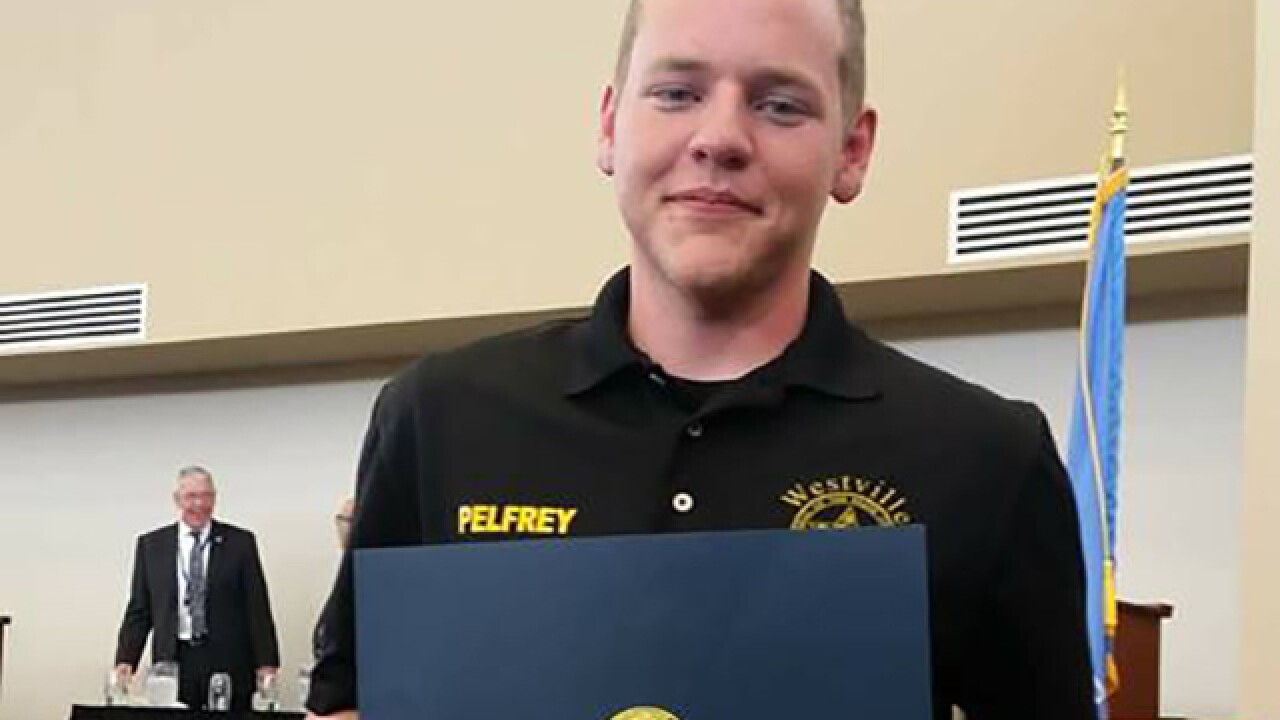 WESTVILLE, Okla. (AP) -- The Oklahoma State Bureau of Investigation is looking into the death of a police officer in the town of Westville in far eastern Oklahoma.

The OSBI said Wednesday the body of 24-year-old Brandon Lee Pelfrey was found by officers in his home Tuesday night. Pelfrey had not shown up for his shift at work in the Adair County town of about 1,700 residents about 100 miles (161 kilometers) east of Tulsa.

Officers found Pelfrey dead in his bedroom and investigators say they found no trauma to Pelfrey's body, but his death is being investigated as suspicious because of Pelfrey's age and his occupation.

The Office of the State Medical Examiner will perform an autopsy to determine the cause and manner of death.