1 dies in overnight crash on Turner Turnpike near Stroud 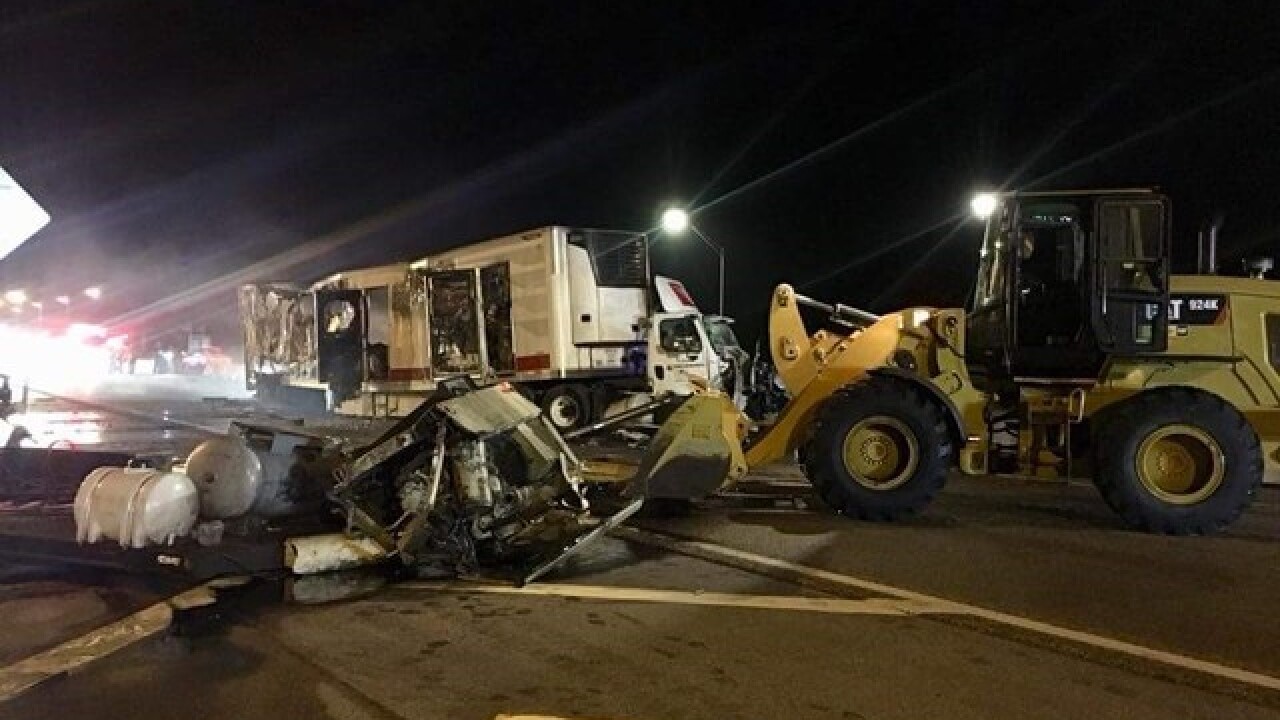 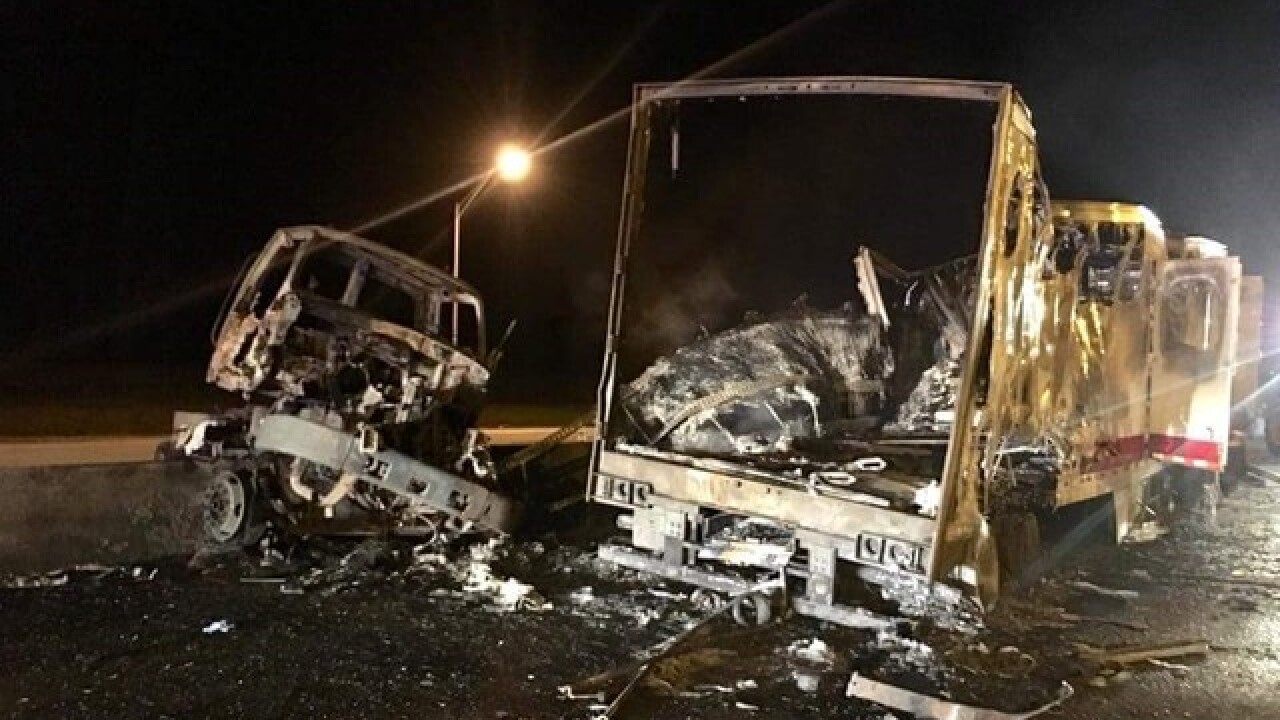 STROUD, Okla. -- One person died overnight after a crash on the Turner Turnpike near Stroud.

The crash was located near the toll plaza at about 12:40 a.m.

Oklahoma Highway Patrol officials said constructions workers were in a vehicle pulling a trailer in a construction safety zone in eastbound lanes.

Officials said the construction workers attempted to drive through a cut-through when they were struck by a semi truck.

Both workers were ejected and the passenger of the construction vehicle, a 20-year-old man, was killed.

The construction vehicle and the semi truck caught fire.

Both drivers were taken to the hospital with non life-threatening injuries.

Officials said the man who was killed was from out of state.