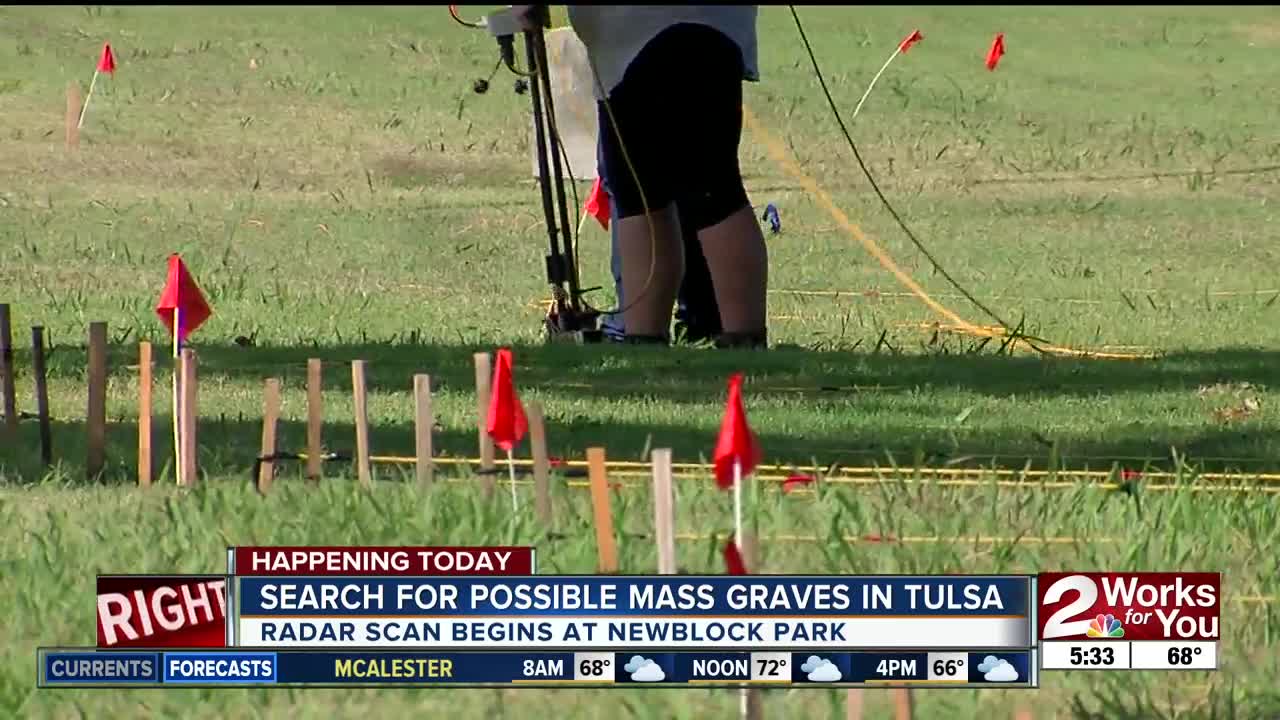 Day 6 of mass graves search continues in Tulsa. The team of scientists will start looking at Newblock Park on Tuesday morning. 2 Works for You's Gitzel Puente explains how this site was identified.

TULSA, Okla. — Day 6 of the mass graves search continues in Tulsa for possible victims of the 1921 race massacre.

On Tuesday morning, the team of scientists and forensic archaeologists will move to a different location in the city. They will begin their scanning process with ground-penetrating radar at Newblock Park, north of the Arkansas River.

The Oklahoma Archaeological Survey (OAS) from the University of Oklahoma started the search on October 7 at Oaklawn Cemetery. This lasted six days and concluded on October 14.

Now, they will focus on two different areas at Newblock Park where possible victims of the race massacre may have been buried in mass graves.

While the official count of victims stands at 36, historians believe as many as 300 people died during the racial violent attack.

In 2018, Tulsa's Mayor G.T. Bynum announced the reexamination of the potential of mass graves based on "public oversight, historical context and the physical evidence investigation."

The last location to be examined by the OAS will be the Rolling Oaks Memorial Gardens Cemetery. The date of the search hasn't been determined.