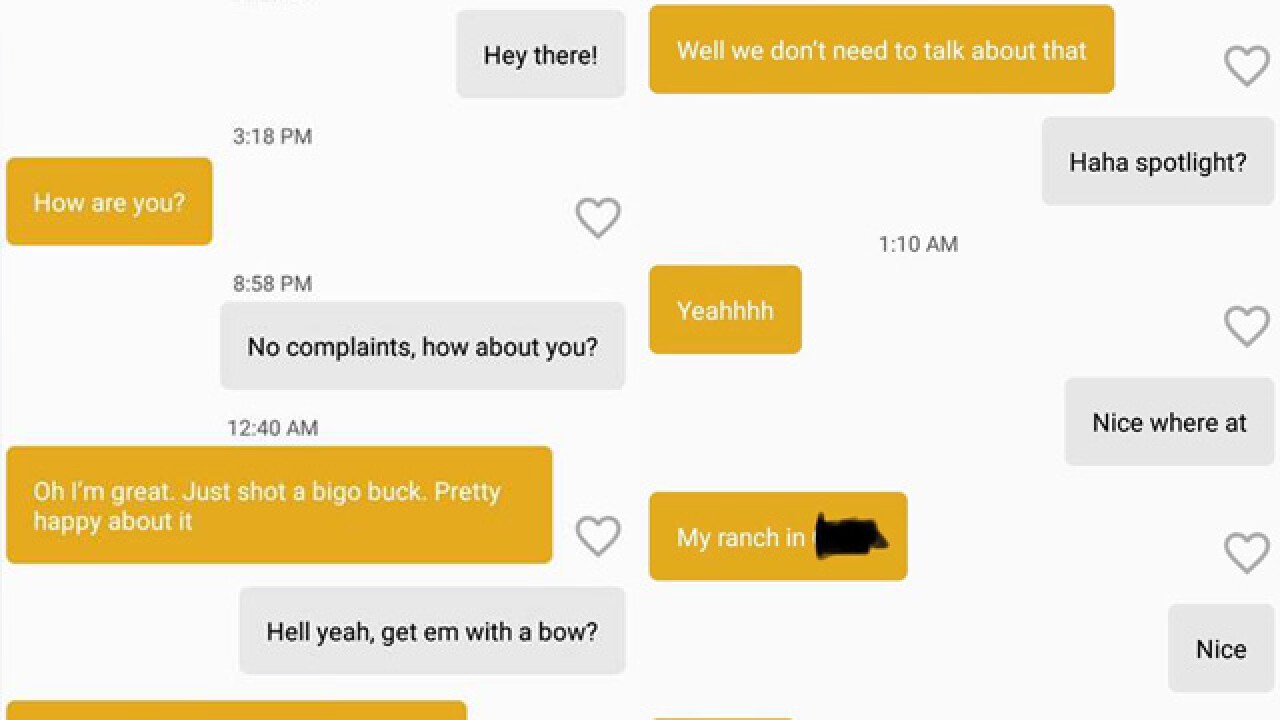 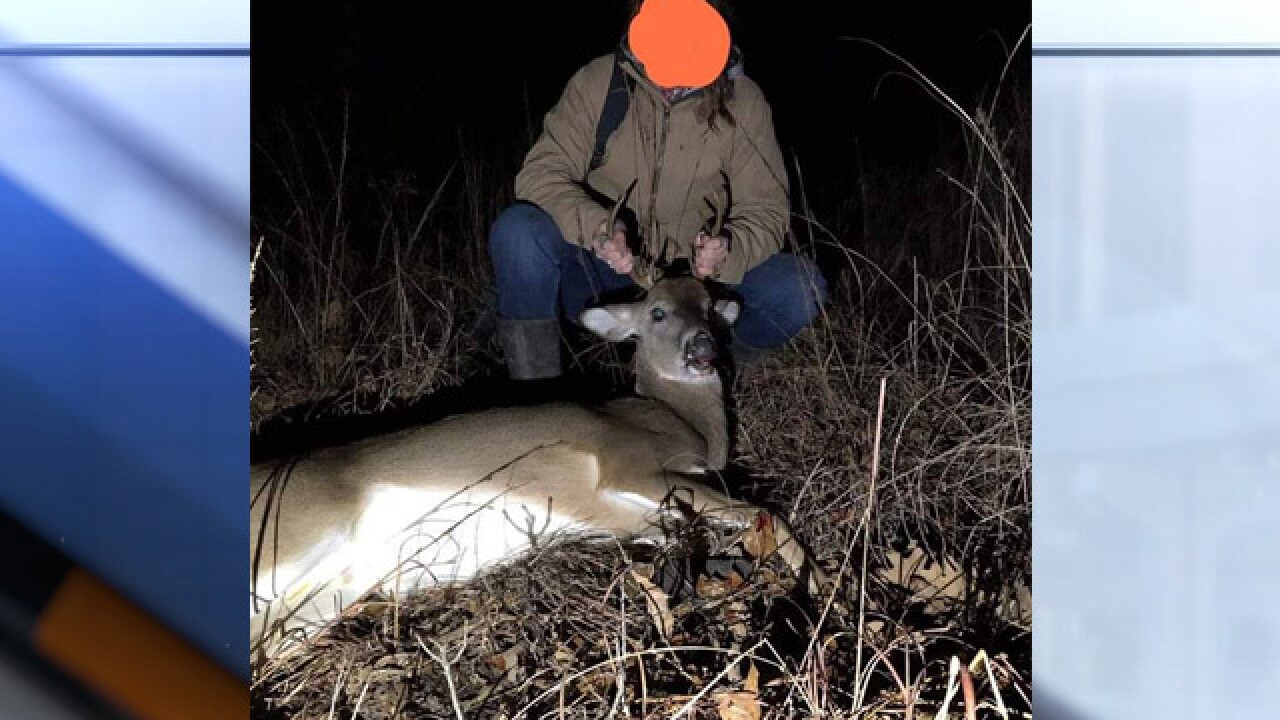 A potential date went awry after an Oklahoma game warden got involved in a poaching case after a conversation on a dating app.

McIntosh County Game Warden Cannon Harrison said he was talking to a woman on a dating app when she revealed she had killed a "bigo buck."

In the conversation, which was shared on the Oklahoma Game Wardens Facebook page , the woman said she spotlighted the deer and sent several photos.

Game wardens were then led to her property and made the illegal deer case. Officials said the woman has already pleaded guilty and paid multiple fines.