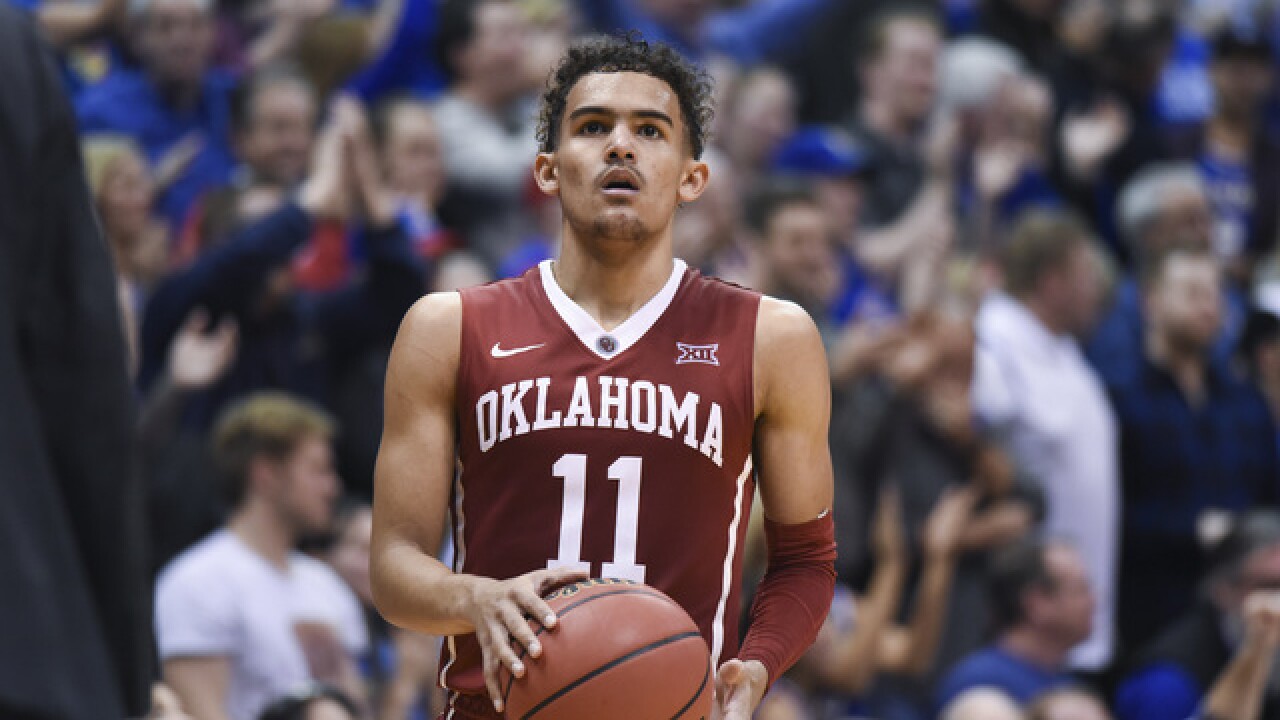 Image copyright 2018 Getty Images. All rights reserved. This material may not be published, broadcast, rewritten, or redistributed.
Ed Zurga
<p>LAWRENCE, KS - FEBRUARY 19: Trae Young #11 of the Oklahoma Sooners in action against the Kansas Jayhawks at Allen Fieldhouse on February 19, 2018 in Lawrence, Kansas. (Photo by Ed Zurga/Getty Images)</p>

The Dallas Mavericks drafted former Oklahoma Sooners point guard Trae Young in the first round of the NBA Draft Thursday night, but then traded him to the Atlanta Hawks.

The Atlanta Hawks acquired the rights to Young after he went fifth overall to the Mavs. The Mavs in turn got Luke Doncic after the Hawks drafted Doncic third overall.

After a standout freshman season, Young ended his Sooners career by leading the nation in scoring and assists.