2 rescued from scaffold near top of 50-story Devon Tower 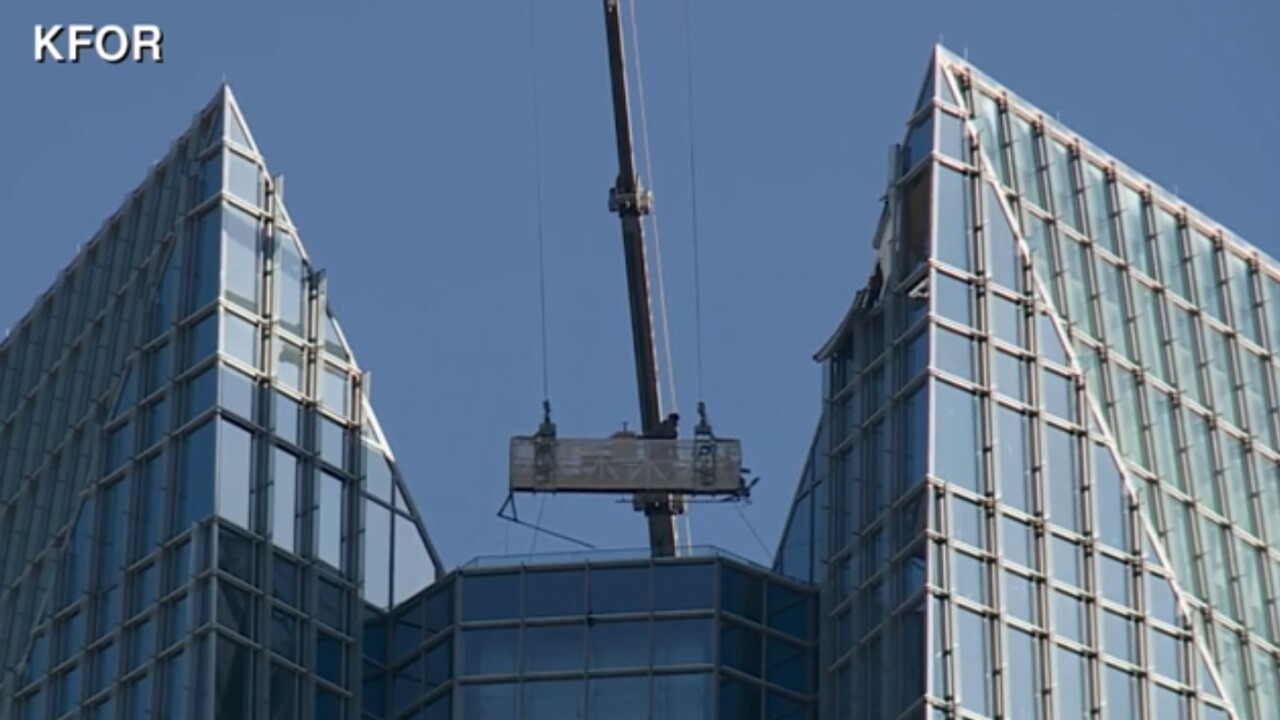 OKLAHOMA CITY — OKLAHOMA CITY (AP) -- Two window washers have been rescued from a scaffold above the roof of an approximately 850-foot (259 meters) skyscraper in downtown Oklahoma City.

Oklahoma City Fire Capt. David Macy says the two were stranded shortly before 7:45 a.m. Wednesday outside the 50-floor Devon Tower and were pulled to safety about 8:30 a.m.

UPDATE | Technical Rescue - Devon Tower | Here is video of the out of control basket as firefighters attempt to control the device. DM pic.twitter.com/IzT65CaHnA


Macy said paramedics evaluated both men and both refused treatment. He said the cause of the accident is under investigation.