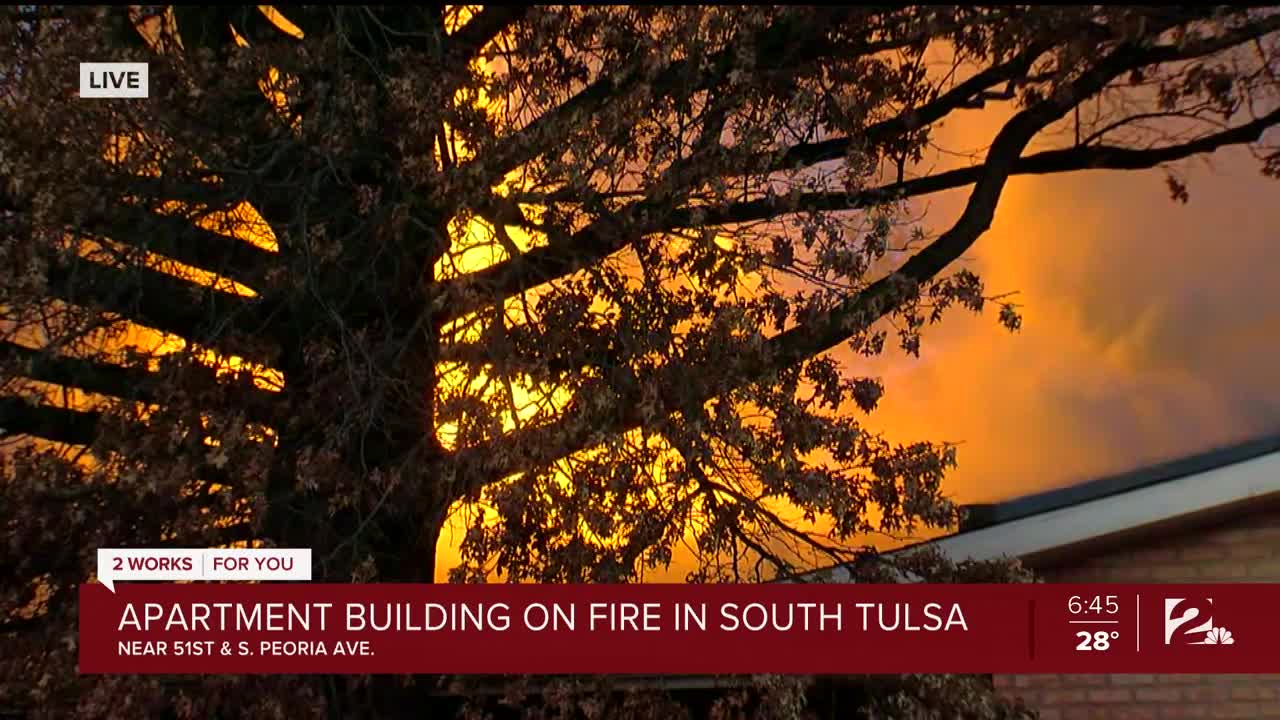 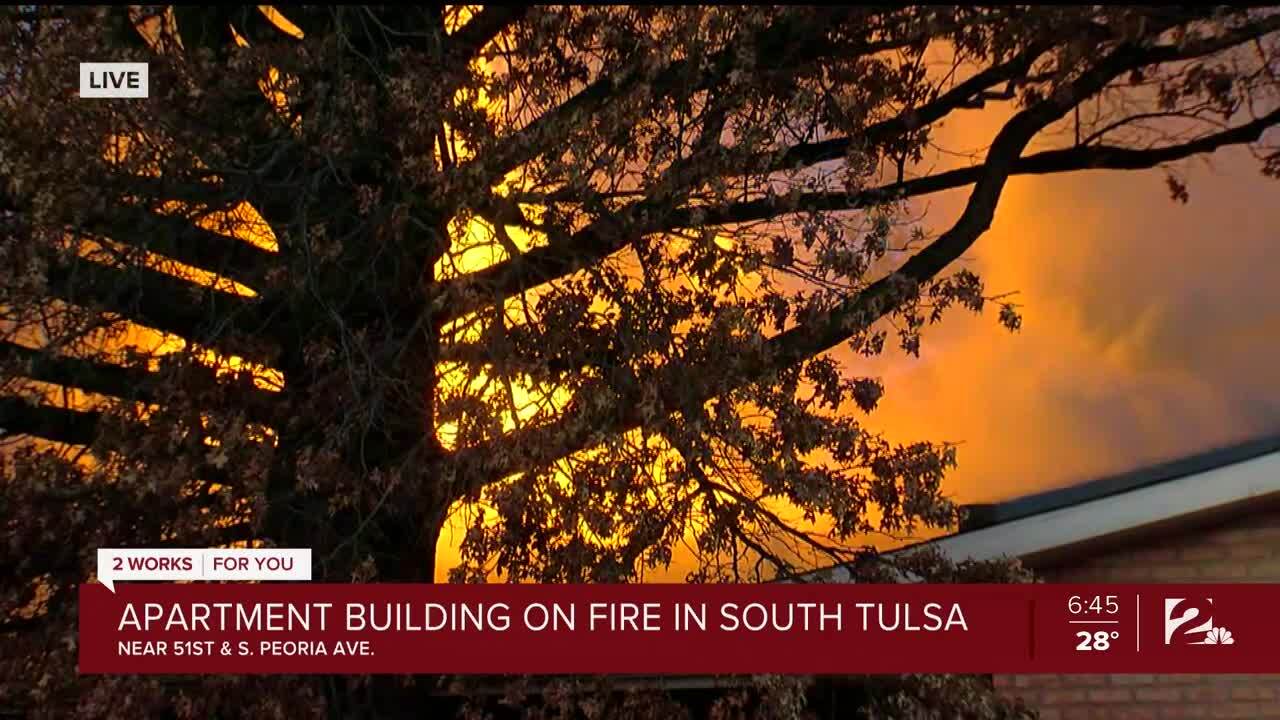 TULSA — Tulsa Fire Department is investigating after an apartment fire in South Tulsa on Thursday morning.

Just before 6:30 a.m., firefighters were dispatched to a fire at the Royal Arms Apartments near 51st and Riverside.

Flames could be seen coming through the roof, TFD says. The fire was in one apartment and spread to the attic. TFD was able to control the fire is approximately 30 minutes.

Neighbor, Craig Richards says his wife and himself heard an alarm going off and assumed it was someone's alarm to wake up. The alarm continued to go off for about an hour, Richards says, prompting the couple to move to the living room because it was so loud.

Richards explained he was about to leave for work, when his daughter woke up and started screaming, "Fire!"

"We went into her bedroom and we see flames coming out," Richards says. "We got our clothes on and headed out, and started banging on everybody's doors that was adjacent to it, to get out, get out!"

Red Cross was called to assist the residents involved in the incident, says TFD. One python snake was also rescued and returned to the owner.