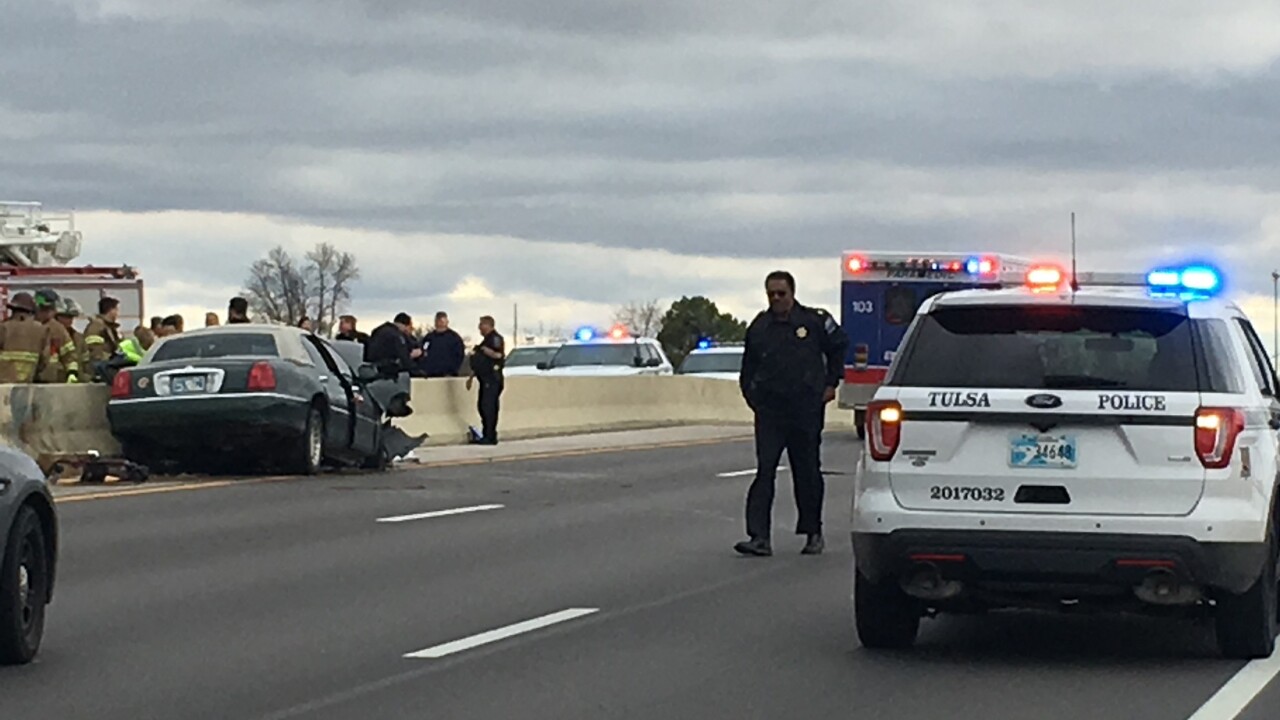 TULSA — Crews responded to a deadly crash on Highway 169 on Thursday afternoon.

The crash was reported on Highway 169 in the southbound lanes near the Interstate 44 junction. Authorities said the driver involved in the crash was headed westbound on I-44, taking the exit onto southbound 169 when the vehicle lost control and crossed several lanes before hitting the center median.

Two other passing drivers also collided with the vehicle, but no one inside either of those vehicles was hurt.

All southbound lanes were shut down in the area for several hours.