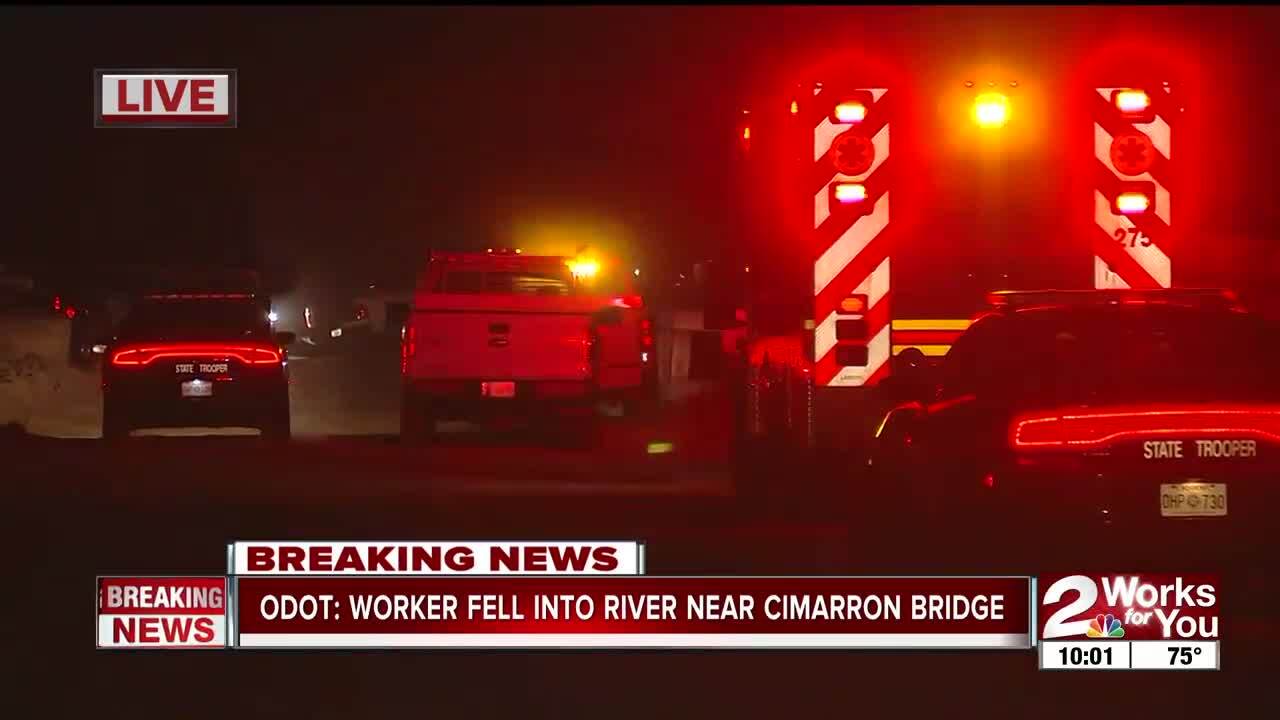 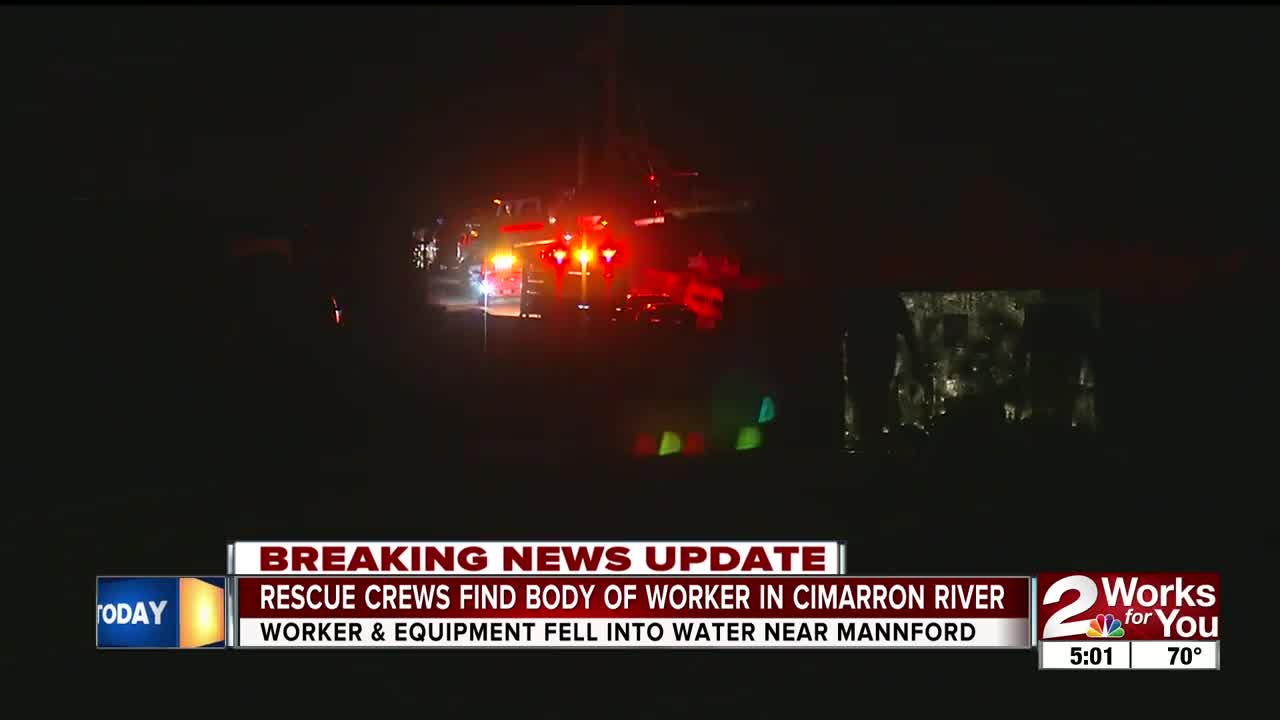 CREEK COUNTY, Okla. — The body of a construction worker was recovered from the Cimarron River early Wednesday morning.

The 911 call came in around 5: 30 p.m. Tuesday saying a construction worker, later identified as Edwardo Garcia, 36, fell in the river at the Highway 48 bridge replacement project near Mannford.

The Oklahoma Highway Patrol, the North 48 Fire Department and several other emergency agencies worked about 10 hours to pull Garcia out of the river.

Manhattan Road and Bridge confirms one of their employees was the victim.

In a statement the company says:

Our crews worked all night diligently with first responders, emergency personnel and the authorities to assist with the recovery effort after an accident at our project site off State Highway 48. Our thoughts and prayers go out to our team member involved in the accident, his family, friends and the remainder of the team affected. Safety for our workers is the top priority of our business every day, and we will continue to work with the appropriate authorities to investigate this accident.

Garcia was underneath the bridge, operating an excavator and moving rocks near a new foundation when the equipment tipped over into the water, according to an ODOT spokesperson.

"They fill in the river bottom so they can drive their equipment out so they can put the piers in for the bridge ports," OHP Lt. Dwight Durant said. "And this gentleman was on a front-end loader taking the rip rap out on that temporary causeway, and for whatever reason, he ...went into the river."

Authorities on scene say the windows in the cab of the excavator were rolled down when it tipped into the water before 5:30 p.m. Investigators believe Garcia was still inside the cab.

By 9 p.m., a crane had been attached to the front-loader, which still is submerged in water as they determine how to pull it from the water. Witnesses say when the equipment went into the water, it disappeared almost instantly.

The bridge over the river has been undergoing a long-term major rehab project.