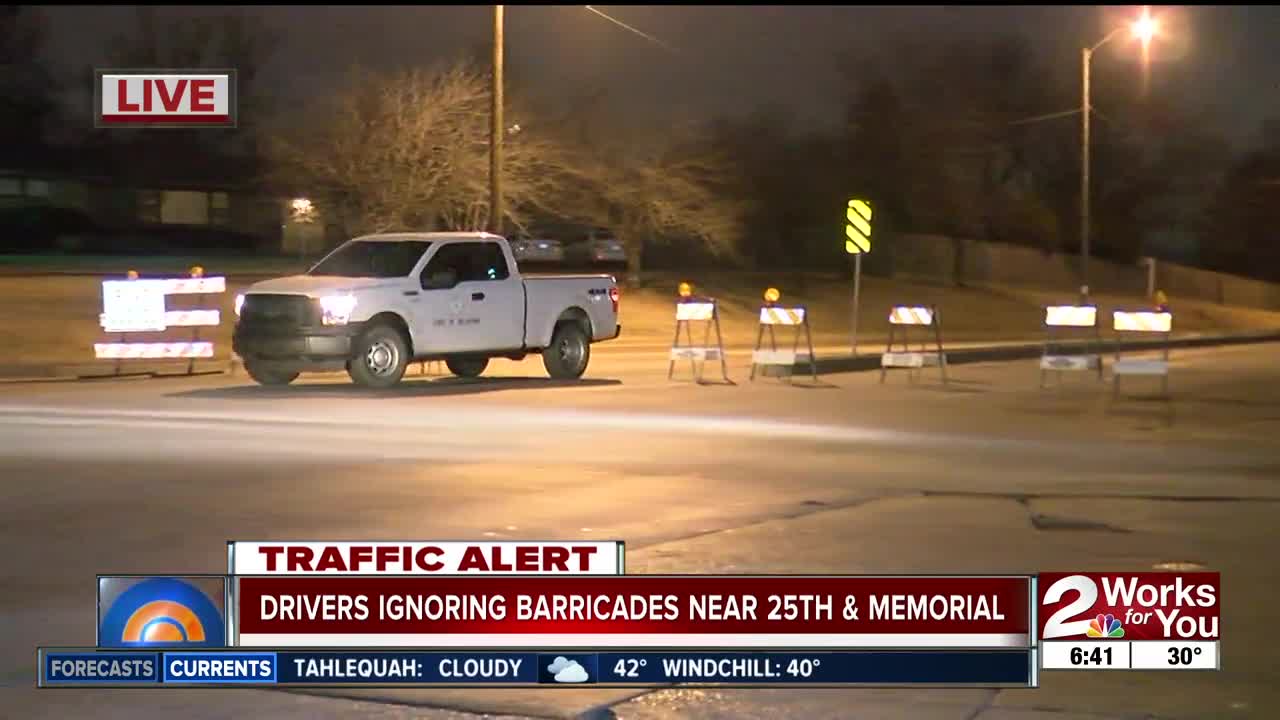 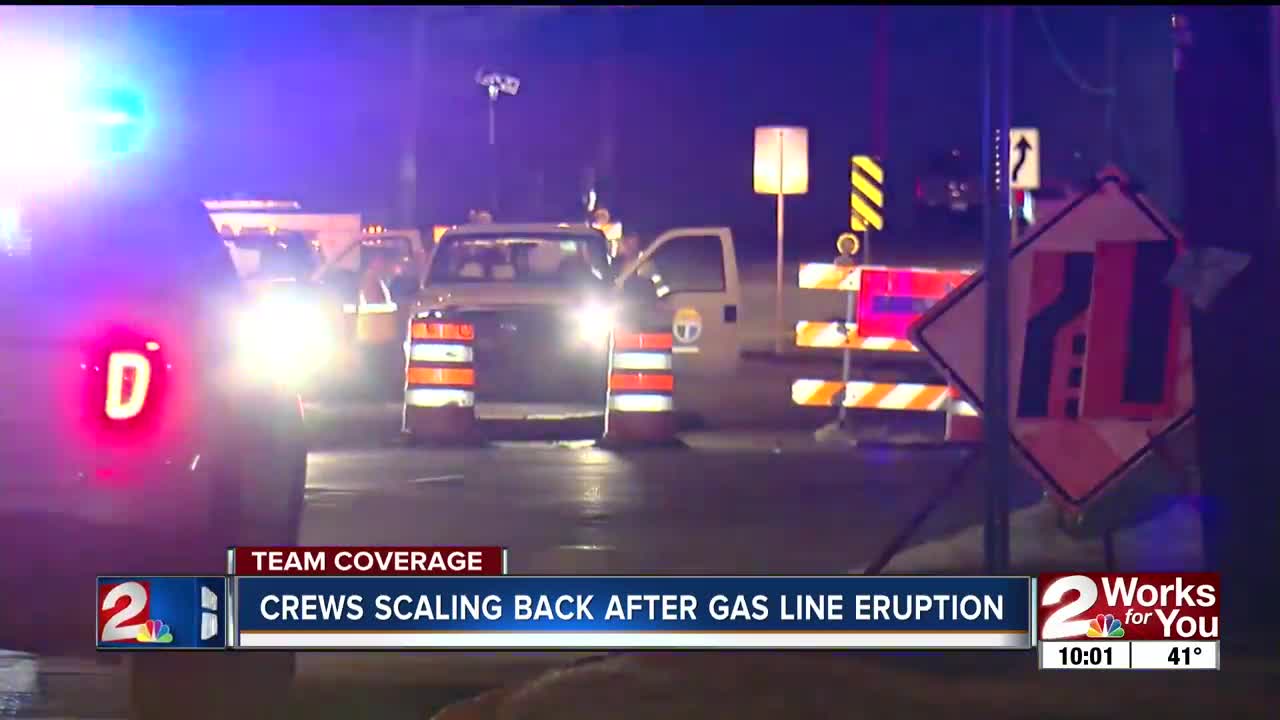 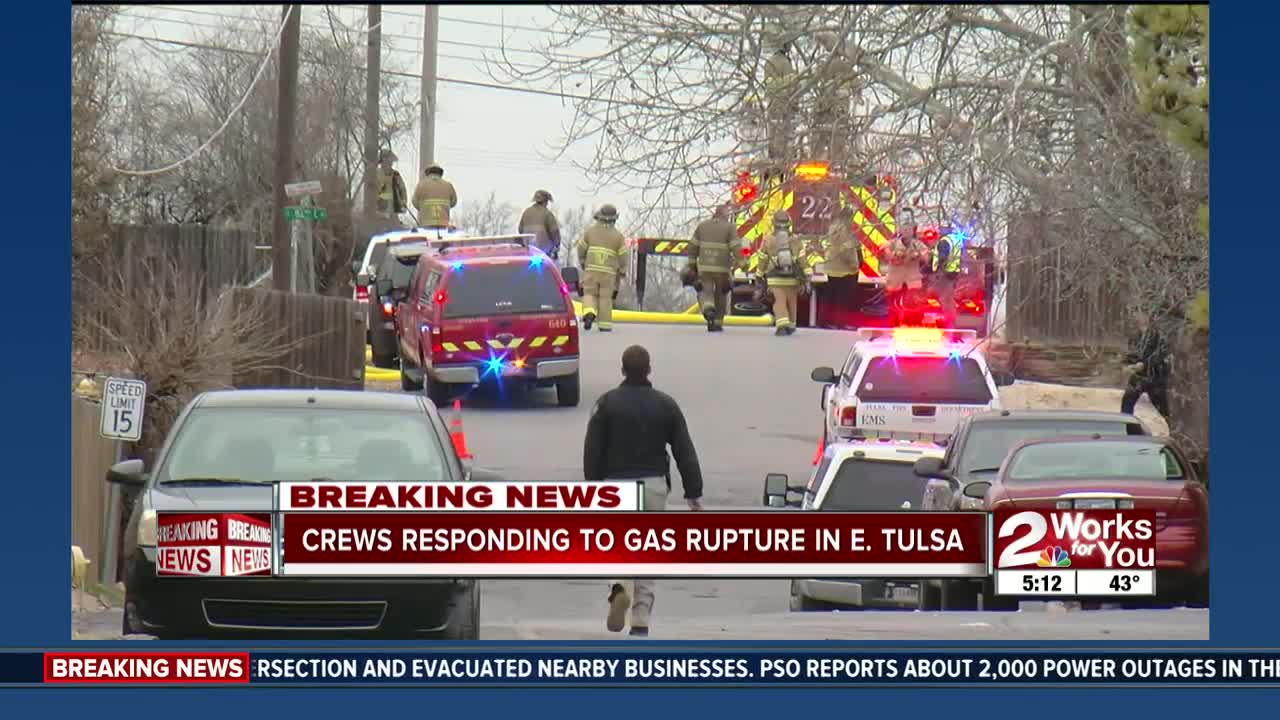 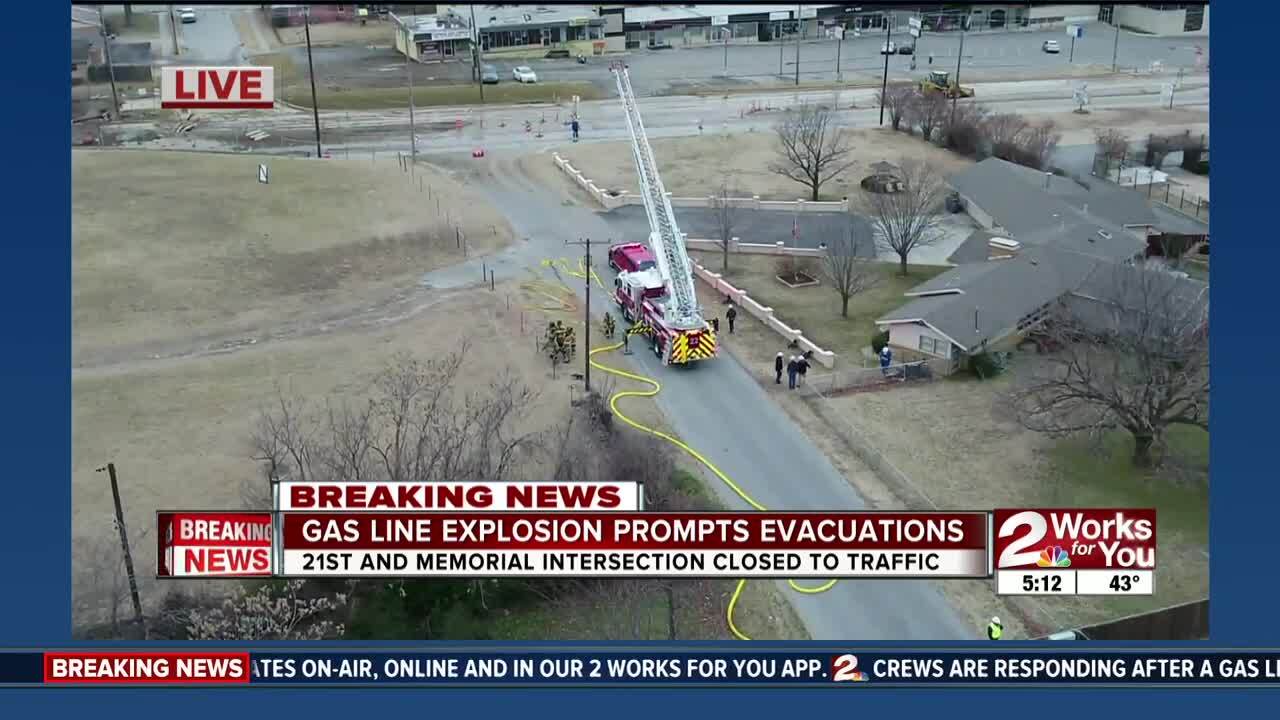 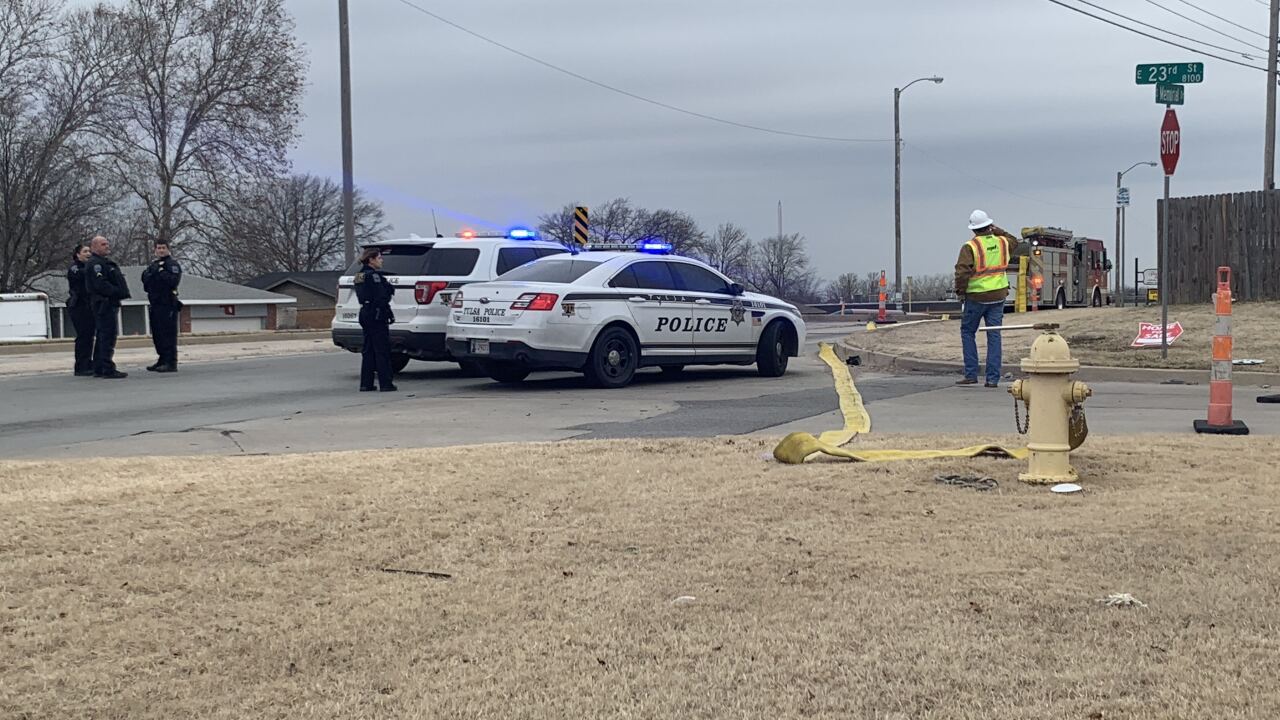 TULSA — Oklahoma Natural Gas crews have capped a gas line after an explosion in midtown Tulsa on Thursday afternoon.

"I didn't know what was going on I thought the world was ending or something," Jamal Pasha said.

PSO had power restored to all but a dozen customers by 10 p.m. There had been about 2,100 customers without electricity at one point.

"Thankfully I don't have my kids, that makes it a lot easier for me. So me and my boyfriend can go get a room and just hang out I guess. Like a mini vacation I guess is how I'll be optimistic and look at it," Savannah Hovorka said after losing power at Evergreen Apartments.

Buildings two blocks north and two blocks south of the incident were evacuated. First responders went door to door to evacuate homes and buildings. For evacuees, there was a bus nearby where they could keep warm, the Tulsa Fire Department said.

The area has been re-opened so that families are able to re-enter their homes.

A nursing facility -- Leisure Village -- was without power and was evacuated right before 6 p.m. A family reunification center was established at the Memorial Drive United Methodist Church, 7903 E. 15th St. Family of the residents of the center were able to pick up their family members at the church.

Officials initially said there would be 67,000-70,000 Oklahoma Natural Gas customers without gas service since the gas had to be shut off so crews could work safely to cap the leak. Later, they said fewer than expected would be impacted by long-term gas outages. By 10 p.m. it was down to a 3-mile radius, according to spokesperson Cherokee Ballard.

ONG technicians will be coming to each home to turn on the gas, Ballard said. They are asking customers not to do it themselves for safety reasons.

The Tulsa Chapter of the American Red Cross is on standby to provide shelter to residents who may be displaced due to the natural gas outage and heating.

St. Pius X School, near 17th and Memorial, has canceled classes for Friday. The decision was made to close school before PSO restored power to the area.

The power outages didn't appear to have affected the fairgrounds, according to the PSO map, which you can view by clicking here.

Ballard says the cause of the entire incident is under investigation.