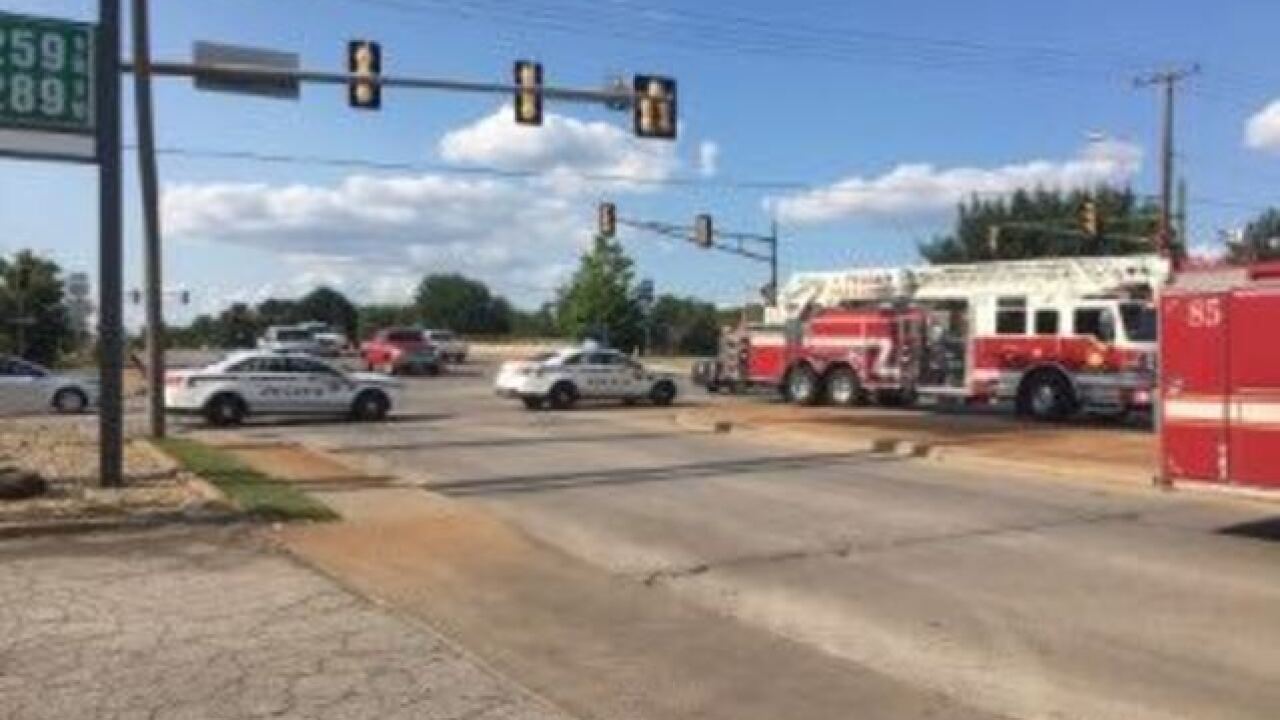 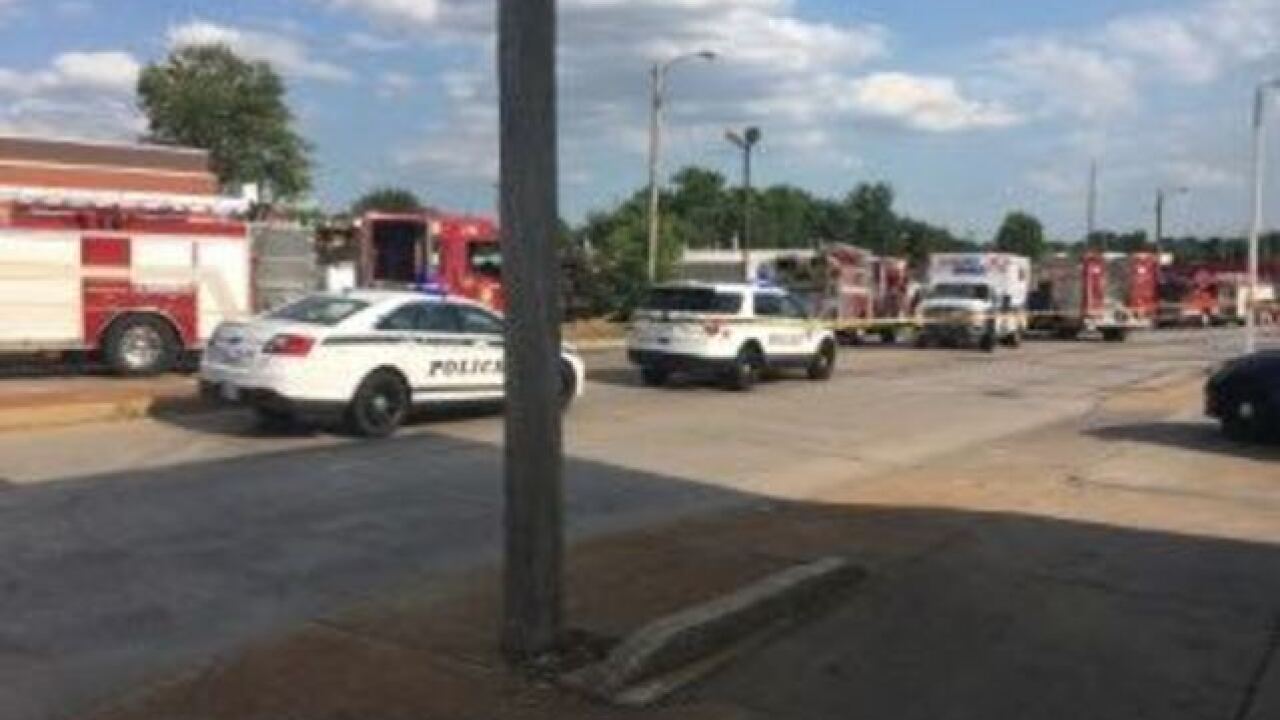 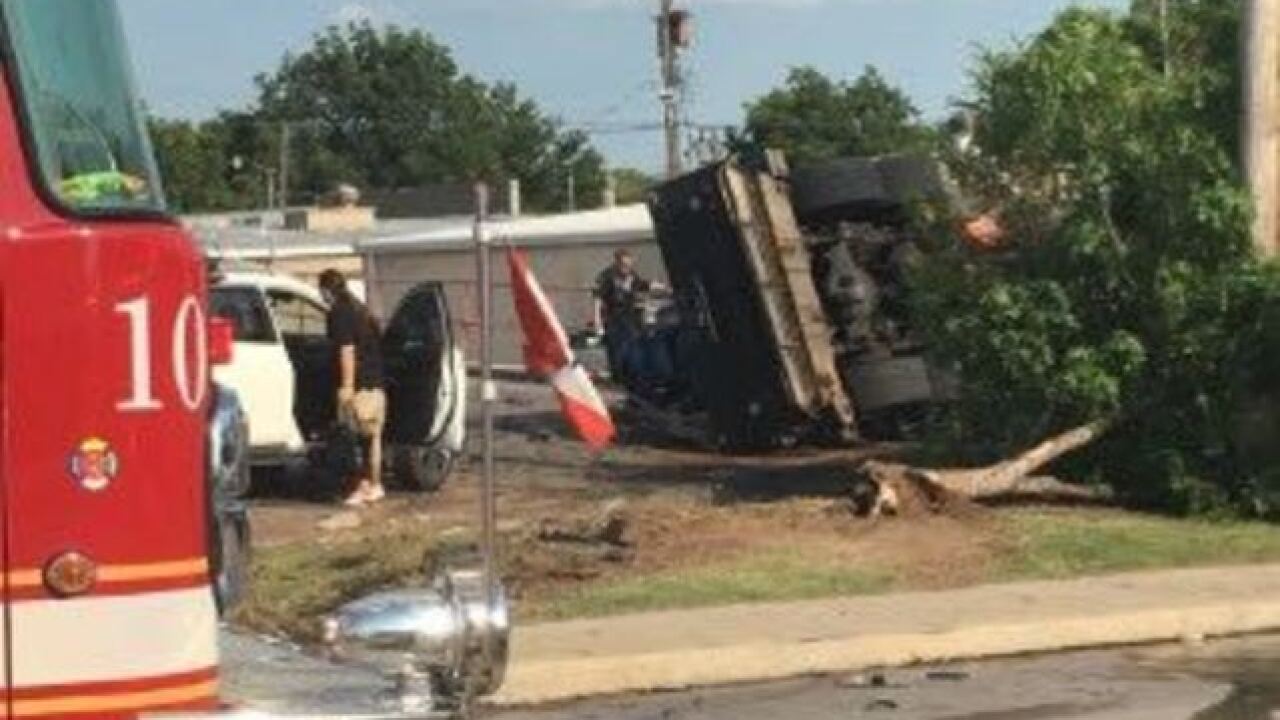 TULSA, Okla. -- A crazy crash sent one to the hospital after a diesel truck driver lost control near 1st and Utica in Tulsa and hit three cars in the parking lot of a popular fast food chain.

In a matter of seconds, the diesel truck's tire blew and sent the driver over a cub, hitting multiple cars and flipping.

“I expected to see a casualty because of the condition of the car," oil refinery expert Patrick McClellan said.

"The first thing you want to do is contain it," McClellan said. "Keep it from contacting the sewer because once it gets in there that’s bad too.”

The gas leak occurred after a truck tire blew near the intersection of 1st and Utica. The driver lost control and slammed into a car in the McDonald's parking lot.

The impact also took down a tree.

"It was kind of a pleasant surprise if you will have one person trapped and the truck, not on top of them," District Chief French said.

One woman was rushed to the hospital with a leg injury. The truck driver was unharmed. Firefighters braved the heat to make sure the community of Tulsa is safe.

Tulsa fire officials train for heavy rescues and say they're extremely pleased that there weren't any severe injuries.