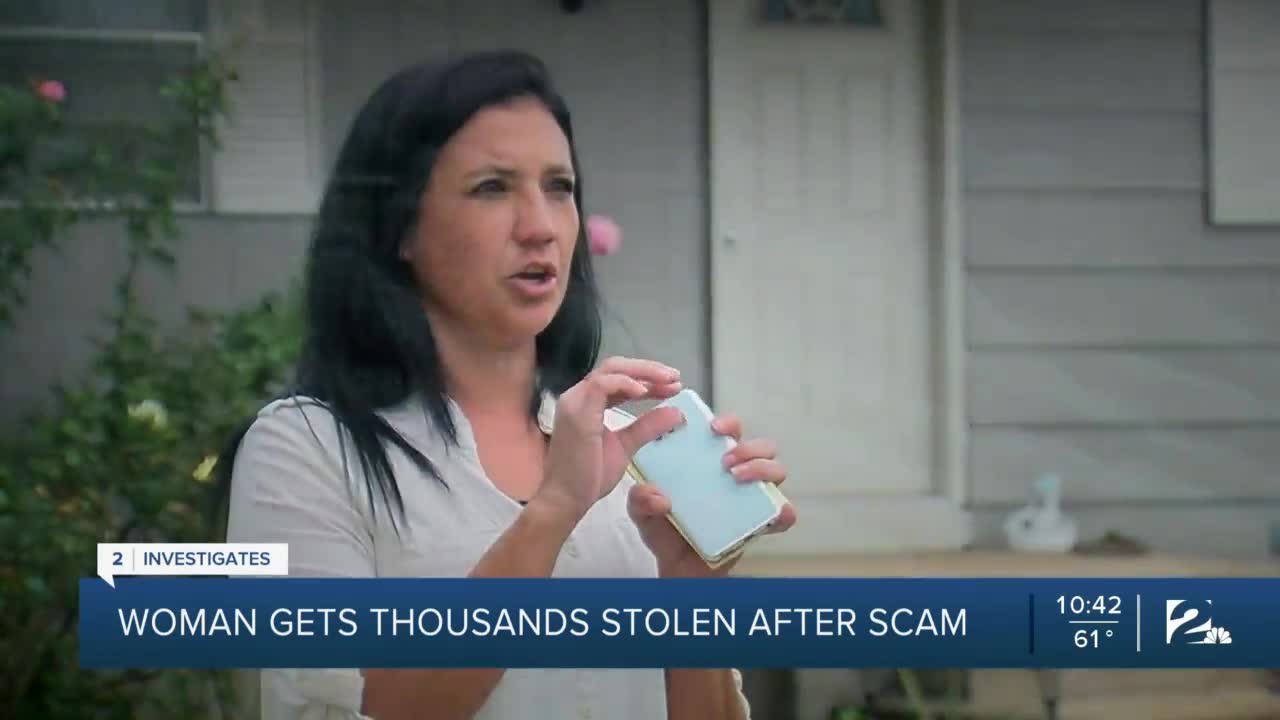 COWETA, Okla. — Online scammers are difficult to spot and once they strike, there is nothing left to do.

A Coweta woman is struggling to find help after a scammer drained her banking account right in front of her own eyes.

Bush said a man she knows only as "Mike" swiped nearly $3,000 from right under her nose.

Bush searched for Cash App support after she said her card wasn’t working at the ATM.

“It declined it or it said it wasn’t reading it," Bush said.

She found what she thought was the mobile payment app’s website support page only to discover something was not quite right.

“The whole time I felt wrong about the whole call, the whole questions, the numbers… everything felt wrong," Bush said.

Bush told 2 Works for You, Mike hung up and called her back from a landline phone because “his headset was messing up.”

Bush said she was then asked to download two different apps on to her device.

“At one point it said, ‘trust this website', 'security warning.’ All these things. ‘Trust the caller,’ He said. ‘Click on ‘I trust the caller'," Bush said.

Bush said he had full access to her phone and watched her account count down to zero - in the blink of an eye.

"You don't think it'll happen to you and it happened right in front of my face," Bush said.

Bush is not the only victim within Cash App's estimated 30 million user base to be tricked by a phish caller. 2 Works for You shared the story in June of Leonard Davis who lost $1,5000 from his Cash App account in an instant.

Bush said if the digital service had a support call number readily available this would not have happen to her and others.

“That’s all you can do is email Cash App. You can’t do anything else," Bush said. “Everybody’s money is there and no one can talk to them.”

2 Works for You reached out to Cash App through email about Bush's incident and others like hers.

A spokesperson with the company responded and said, "The Cash App team will never ask customers to send them money, nor will they solicit a customer's pin or sign-in code outside of the app.

Bush said she received three "brush off" emails from Cash App, and there are no answers from them about getting her money back.

She has also filed a police report and cyber crime report but doubts she’ll ever see that money again.