Cowboy up: Oklahoma State gets past Virginia Tech, 30-21 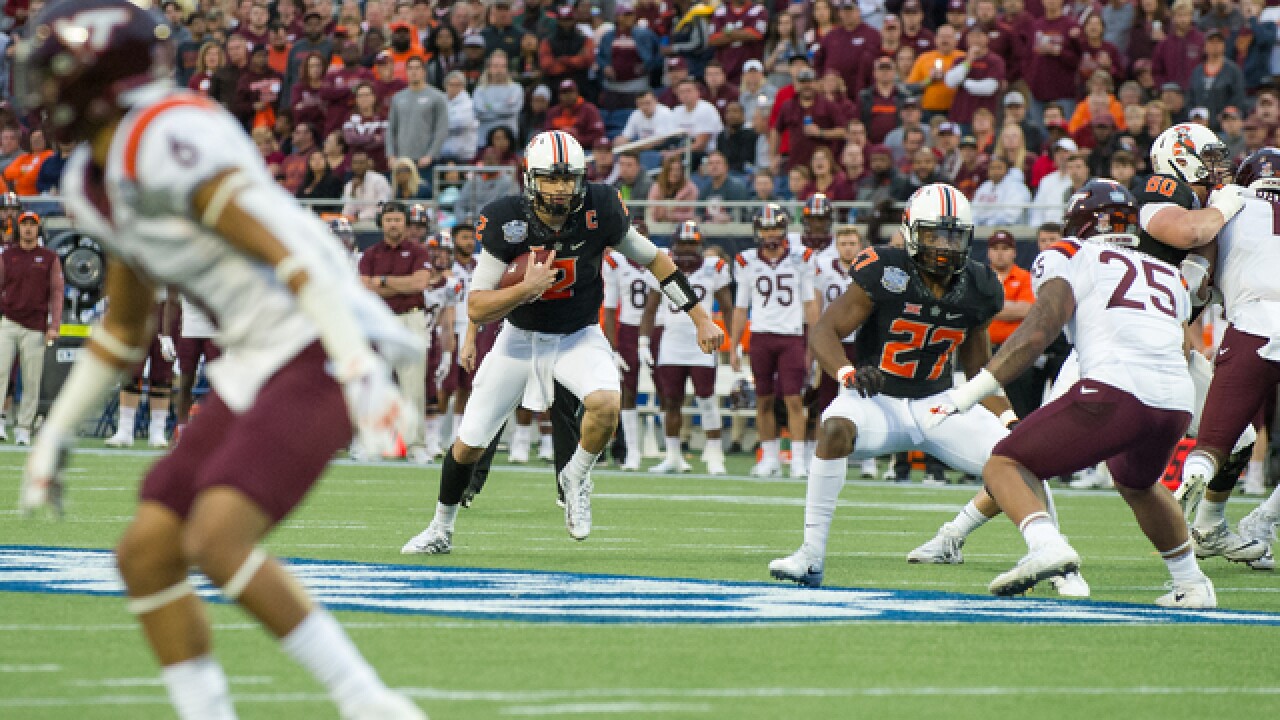 Image copyright 2017 Getty Images. All rights reserved. This material may not be published, broadcast, rewritten, or redistributed.
Michael Chang
<p>ORLANDO, FL - DECEMBER 28: Quarterback Mason Rudolph #2 of the Oklahoma State Cowboys looks to run the ball through traffic during their game against the Virginia Tech Hokies on December 28, 2017 at Camping World Stadium in Orlando, Florida. (Photo by Michael Chang/Getty Images)</p> 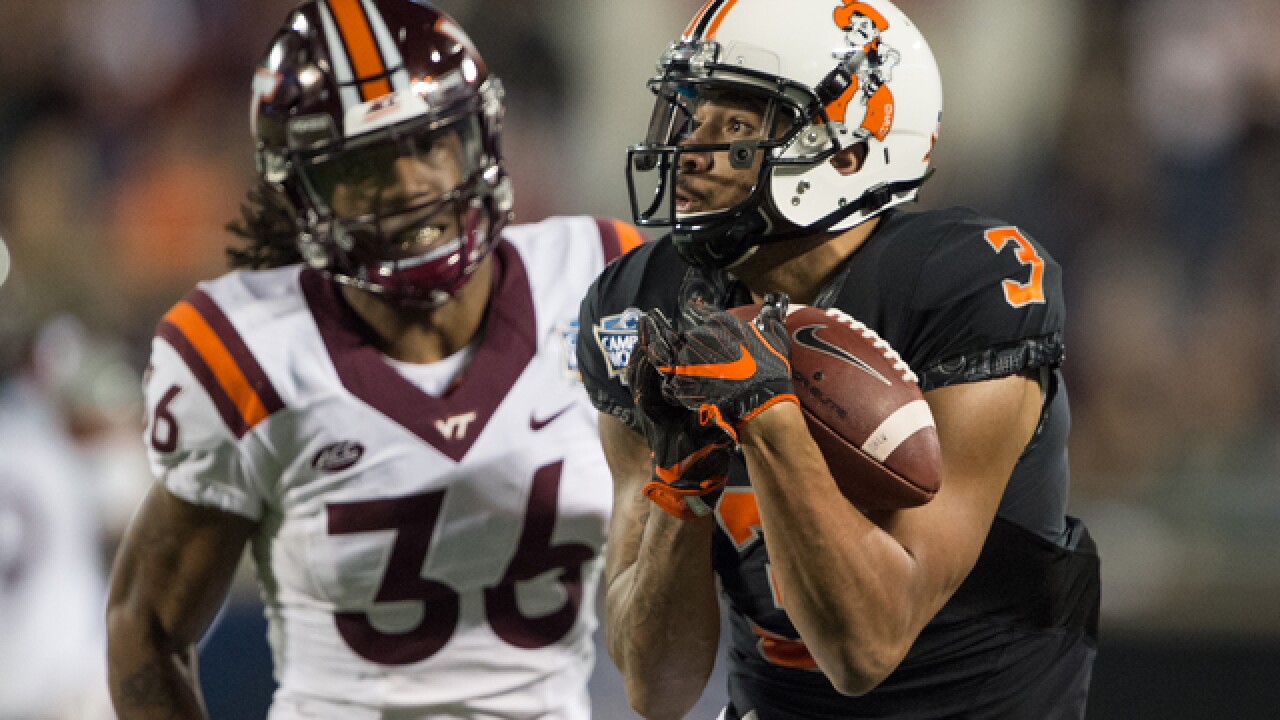 Washington caught five passes for 126 yards, giving him 4,472 for his career and passing Rashaun Woods for the school mark. Justice Hill ran for 120 yards and another score for the Cowboys (10-3), who have won 10 games in each of the last three seasons -- another Oklahoma State first.

Josh Jackson ran for two scores and threw for another for the Hokies (9-4), including a rush that got Virginia Tech within 27-21 with 5:40 remaining. Deshawn McClease ran for 124 yards, a Virginia Tech season-best, but the Hokies were hurt by two turnovers in Oklahoma State territory.

Hill came through with perhaps the play of the night. Facing a third-and-11 with 3:30 left, Hill took a handoff, went left, waited for a lane to open -- and broke loose for a 31-yard gain down to the Hokies' 18. Matt Ammendola's 38-yard field goal with 2:34 left put the Cowboys up by nine, essentially sealing the outcome.

Oklahoma State led 13-7 at the half, benefiting from a pair of big missed opportunities by the Hokies.

Up 7-3, Virginia Tech started its second drive at its own 9. The Hokies kept the ball for 10 minutes, ran 18 plays, got all the way to the Cowboys' 1 -- and came up empty, fumbling the ball away on a handoff.

And on the ensuing Virginia Tech possession after the Cowboys took a 13-7 lead late in the half, Jackson had a wide-open Henri Murphy down the middle for what would have been an easy 54-yard score that could have put the Hokies back on top. But the pass was overthrown, and the Hokies trailed the rest of the way.

Oklahoma State: Rudolph ended his college career with no less than 52 school records. His two touchdown throws gave him 37 on the season, tying Brandon Weeden's school mark. And he came into the game needing 175 yards to break Weeden's season passing record, eclipsing that in the third quarter.

Virginia Tech: Hokies kicker Joey Slye came up with a highlight in his final college game, making a big tackle on a third-quarter kickoff and celebrating by flexing his biceps with joyous teammates as he skipped to the sideline. He ended his career as the Hokies' all-time leader in field goals and points.

Oklahoma State cornerback Rodarius Williams got shaken up twice -- both times after colliding with teammates. He and defensive end Jordan Brailford crashed into one another in the first quarter on a play where they were pursuing a run by Jackson, and Williams went knee-to-helmet with fellow cornerback A.J. Green in pass coverage in the third quarter.

Attendance was generously announced at 39,610. A year ago, Miami and West Virginia drew 48,625 to Camping World Stadium for this game.

Ryan Howard, who hit 382 home runs in parts of 13 seasons with the Philadelphia Phillies, was at the game and cheering for Oklahoma State -- even giving Cowboys defensive tackle Enoch Smith a shoutout on Twitter.