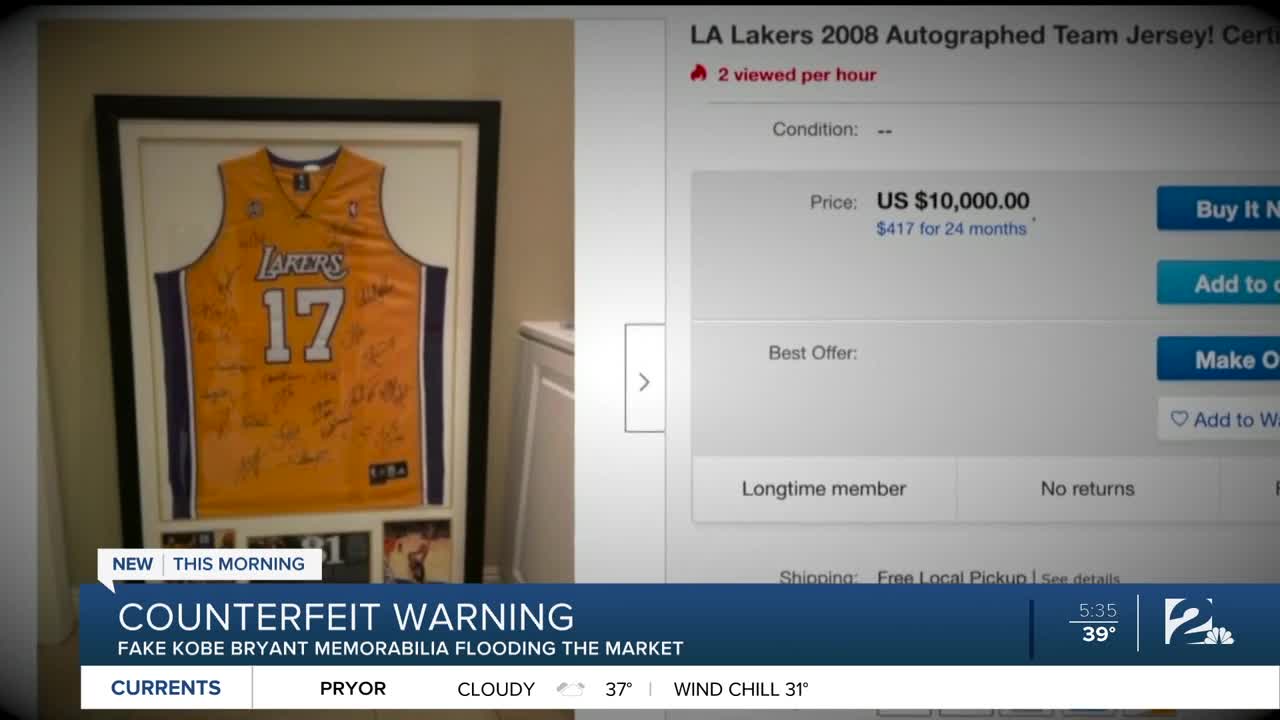 Scammers are trying to capitalize on the death of Kobe Bryant.

Counterfeit Kobe signatures are popping up all over the internet as fans try to get a piece of memorabilia from his playing days.

We talked to experts who show you how to protect yourself.

"The volume of stuff we've seen has obviously increased. And the stuff that I'm seeing in online auctions, specifically ebay has really kind of blown me away the last few days in terms of just straight up fakes," says Steve Grad who is a professional authenticator.

During his career he's worked to confirm the identity of thousands of Kobe Bryant signatures on cards, jerseys, basketballs and other memorabilia.

"You know he's limited his name in terms of his autograph. It used to be Kobe Bryant at one time, then he went to Kobe with his number 8, and then he also went to KB."

"And it seems like people are getting caught up too much in this euphoria. And there's only one other time in my life that I saw something like this happen and it was in when Michael Jackson passed away. And people just kind of lose their inhibition for spending money, they all just buy anything."

And victims often lose a lot more than their money.

Steve Cyrkin at Autograph Live, a forgery watch dog group, says getting a fake can taint cherished memories for fans.

"They're heartbroken when they find out that the piece is fake. And then every time they think of Kobe, they'll think they got screwed."

But Cyrkin says there are things you can do to protect yourself if you have your heart set on getting a piece of memorabilia now.

"PayPal is the best way to go because if you use regular PayPal, not their friends and family, you have full buyer protection."

Both experts in the story tell us you can pay about $10 to $15 to have a reputable authentication service validate any item before you decide to buy.