Could a COVID-19 vaccine be mandatory? 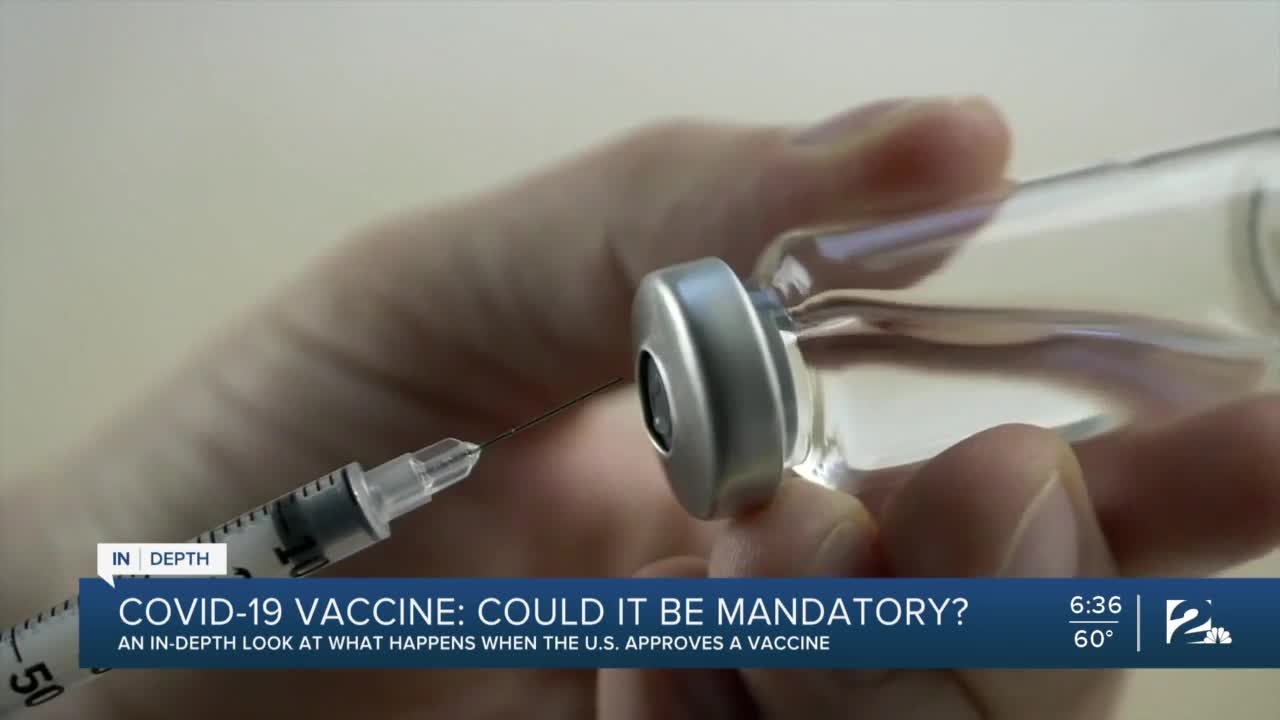 COVID-19 Vaccine: Could it be mandatory? 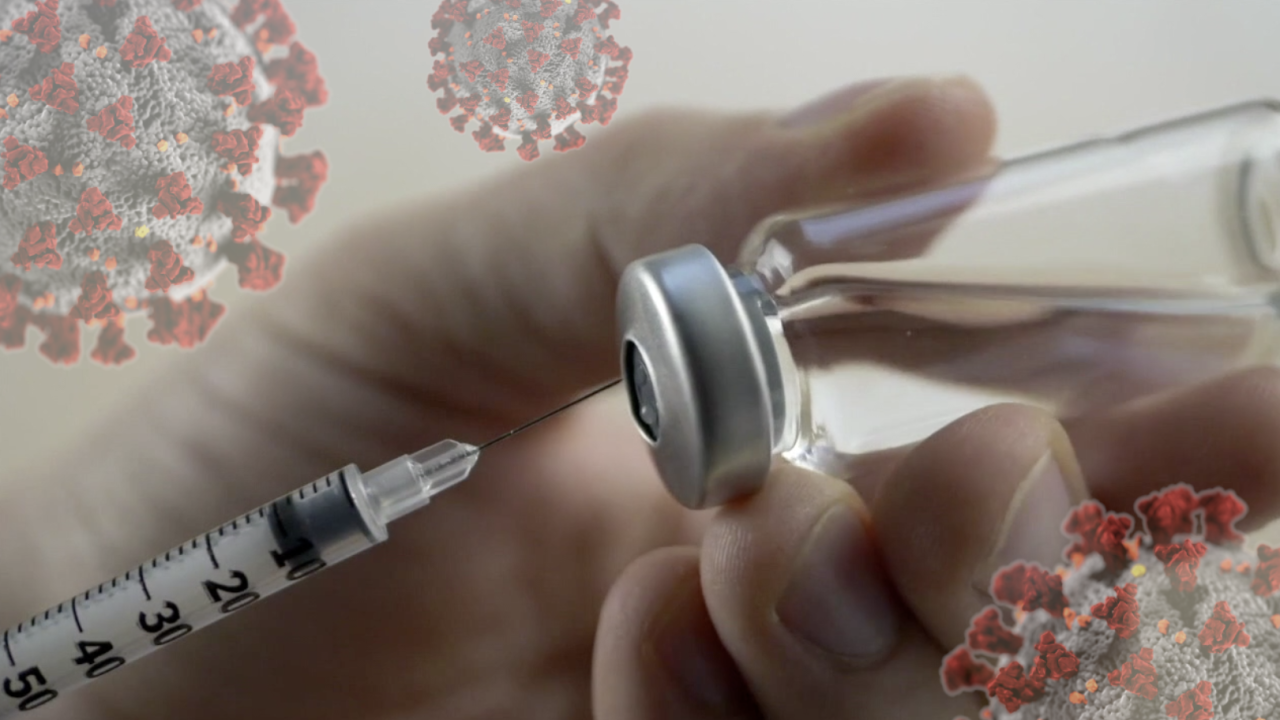 TULSA — As drug companies and scientists work toward a COVID-19 vaccine, many Americans are asking if the vaccine could be mandatory.

Could the government force you to take it? Could your employer make it a requirement to work?

2 Works for You took an in-depth look at what’s possible when it comes to mandatory vaccination with a public health law attorney and professor, a doctor working on the vaccine, a pro-health choice activist, a pro-vaccine former state senator and a current state senator.

Dr. William Hildebrand, a professor in the University of Oklahoma Dept. of Microbiology and Immunology said, “It’s really an experiment that you’re witnessing, that the world is witnessing in real-time."

Hildebrand is leading a team of researchers at OU, one of more than 150 groups vigorously working on a COVID-19 vaccine. He said, “We’ve never taken all the tools that we’ve accumulated in science and deployed them in unison on a problem like this.”

Hildebrand successfully developed vaccines for West Nile virus and melanoma and started working on the virus called SARS-CoV-2 (what we now know as COVID-19) in March. His team infected human cells with the virus to see how they react.

Unlike most other researchers and drug companies working on the virus, Hildebrand said, “We decided to study this virus in particular rather than learn from past coronaviruses and plug that into a vaccine."

But with the CDC telling states to prepare for mass distribution of a possible vaccine by November 1, many people are wondering if that vaccine could be forced on them. Is that possible?

Aila Hoss, Asst. Professor of Law at the University of Tulsa, said, “A good example of that is some state laws will require nursing homes to ensure that their employees and even their patients/residents to be vaccinated for influenza every year.”

Hoss is a former public health attorney for the CDC. She said there is a precedent set for state and local governments mandating vaccines - notably a Supreme Court case from 1905 – Jacobson v. Massachusetts.

Hoss explained, “That was an instance where state government was allowing local governments to require mandatory vaccinations, and that was upheld by the Supreme Court as constitutional because it is both the responsibility and the duty of government, like states, to protect and promote the public health and welfare of their citizens.”

It’s something New Yorkers in several Brooklyn neighborhoods saw just last year when a measles vaccine was mandated for residents after an outbreak.

But the most prevalent example of vaccination laws occurs in schools. Students have to submit a shot record saying they received the required vaccinations or turn in an exemption form.

“Essentially, vaccines are not mandatory.” Liza Greve said. Greve is the executive director of Oklahomans for Health and Parental Rights.

That’s why there is a medical exemption for vaccines across the board. Oklahoma is one of many states that allows religious exemptions and one of a handful of states that goes a step further – allowing a personal belief exemption.

Dr. Ervin Yen is a former state senator who tried to pass a bill getting rid of the religious and personal belief exemption. He said, “I literally worked four years to try and tighten up our vaccination rate in Oklahoma without any success. Nowhere near success.”

Yen said bills like the one he tried to pass are essentially dead on arrival in Oklahoma. He also said if a state legislator were to propose a possible COVID-19 vaccine mandate in any form in the upcoming session, it would be shot down.

Sen. Nathan Dahm (R - Broken Arrow) is one current state senator working to make sure a vaccine mandate doesn’t happen. He sent 2 Works for You a statement saying in part: “I plan to introduce legislation next session that prohibits every level of Oklahoma government from instituting any sort of forced vaccination requirements. The SCOTUS Jacobson opinion should be thrown in the trash bin of history. Government’s job is to protect our rights, not purposefully exert force on law abiding citizens who aren’t purposefully harming others.”

Greve said, “We are already in talks and in dialogue with legislators coming back into the session about bills that would protect consumers, that would protect employees if their business were to say, ‘Hey, You can’t work if you don’t get this.'”

So, while a mandatory COVID-19 vaccination looks very unlikely from the state legislature, there are other ways you might be required to take the vaccine.
Aila Hoss from TU explained, “It is possible, for example, that facilities may require vaccination to participate in some sort of mass event that might have a lot of crowds.”

But Hoss says even more roadblocks are in the way of a mandatory vaccination, especially a potential vaccine that would be approved under emergency authorization use.

She said, “This idea of vaccine approval, the processes that were established takes a really long time - years and years and years. It’s definitely a possibility that we are taking some shortcuts in terms of getting this vaccine on the market. So, I could see a court also saying that there are concerns with the vaccine mandate if we don’t actually know that the vaccine is safe.”

When asked if enough time has gone by to study a virus, develop a vaccine, get it into trials and get it out to the public, Dr. Hildebrand from OU said, “It’s absolutely unprecedented. No one has ever had Operation Warp Speed before. No one has stepped up and pumped billions and billions of dollars into it. No one has, in parallel, designed and tested the vaccine and manufactured a vaccine that might never be used."

Hildebrand said the first vaccine will likely not be the only vaccine because it may only help a certain population.

As far as legislation goes, either for or against mandatory vaccination, we won’t know if state lawmakers plan to officially file bills until November.