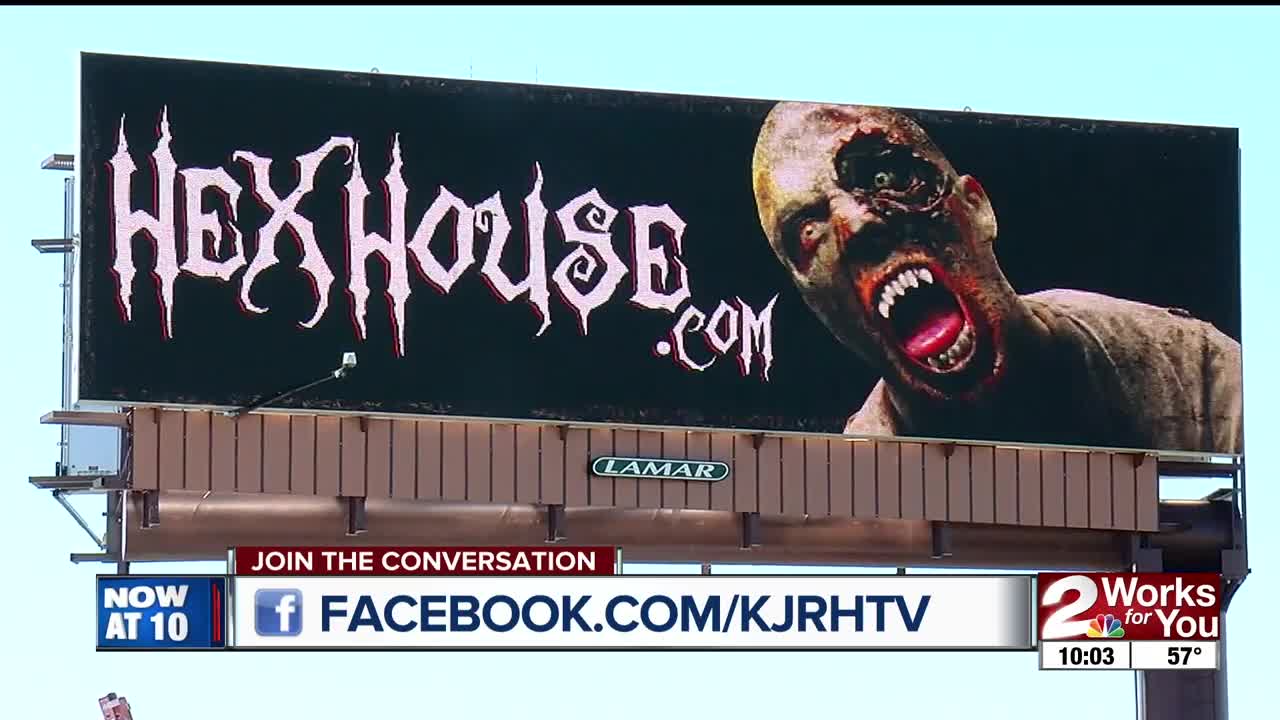 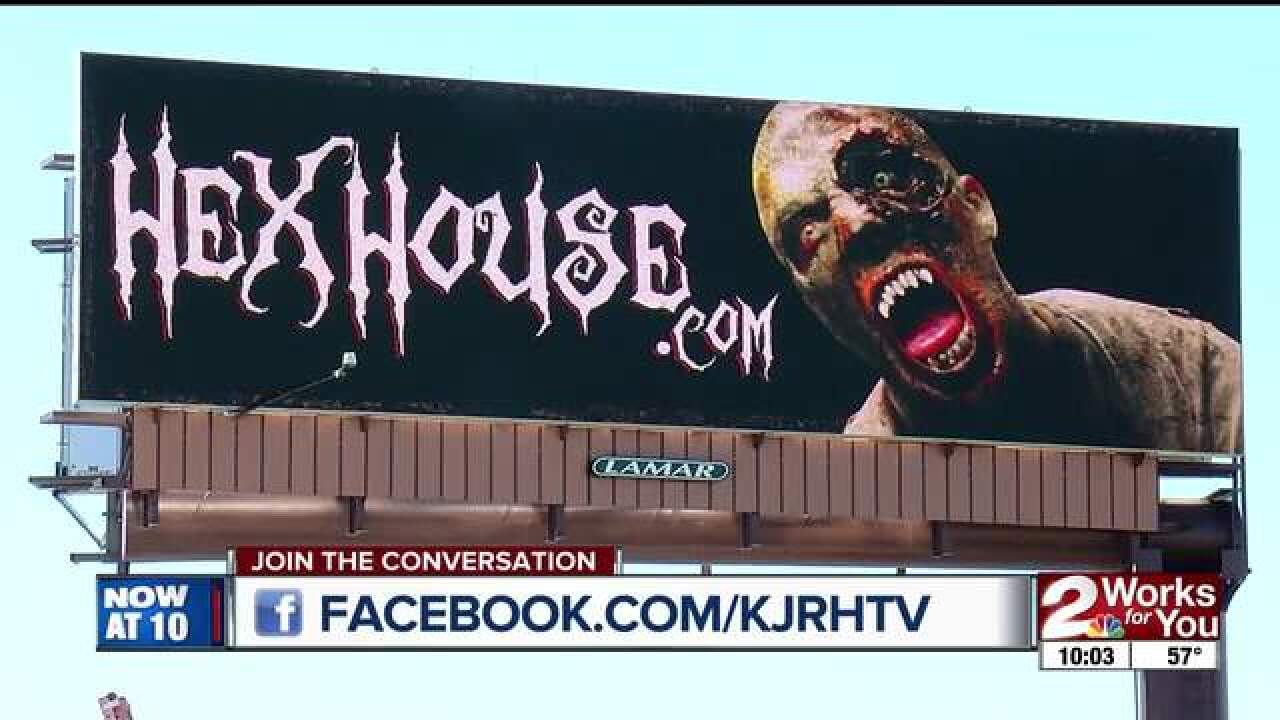 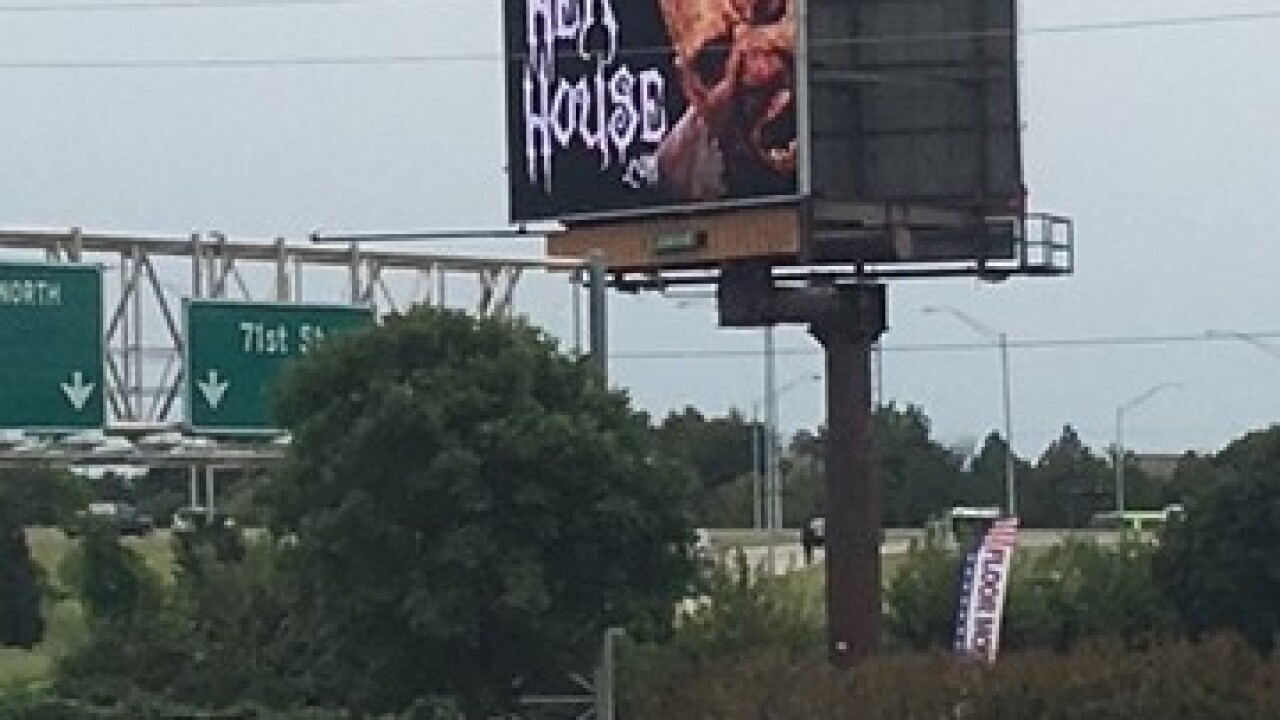 TULSA, Okla. -- A handful of parents say they're upset with the advertisement of Hex House on various billboards throughout Tulsa. Hex House is a haunted house which opens just in time for Halloween but some parents say the images are too graphic.

Multiple images advertising for the haunting house Hex House are only up for six seconds on a billboard near 51st and Harvard and another on 169 South near the 71st Street exit.

“We all have to be subject to these nasty images on these billboards that we shouldn’t," concerned parent Joel Haas said.

“This year they’ve got a zombie looking guy," Curt Corley said. "There’s also one of a half-burned man.”

Hex House is ranked as one of the scariest haunted attractions in America and has been in Tulsa for 10 years.

“I think there should be a limit somewhere on what can be put up there on those billboards," concerned parent Curt Corley said.

Corley claims his daughter has had nightmares from the images.

“I went into her room and I asked her what was wrong?" he said. “I keep seeing that scary image on that sign.”

The billboard is owned by Lamar Advertising. One parent messaged them on Facebook. They told her, “Lamar supports the first amendment right of advertisers to promote legal products and services.”

“It may be a right, but with rights come responsibilities," Haas said.

2 Works for You reached out to Hex House. They told us, “Our outdoor advertising accurately depicts Hex House in a tasteful manner. We’ve used these images for many years with no negative reaction."

A concerned parent says in a letter to Lamar Advertising they’re willing to fight to get the images removed.

Now, a group of parents is hoping to turn the six seconds into zero.

“After a kid sees an image, that image can’t be taken away from them," Corley said.